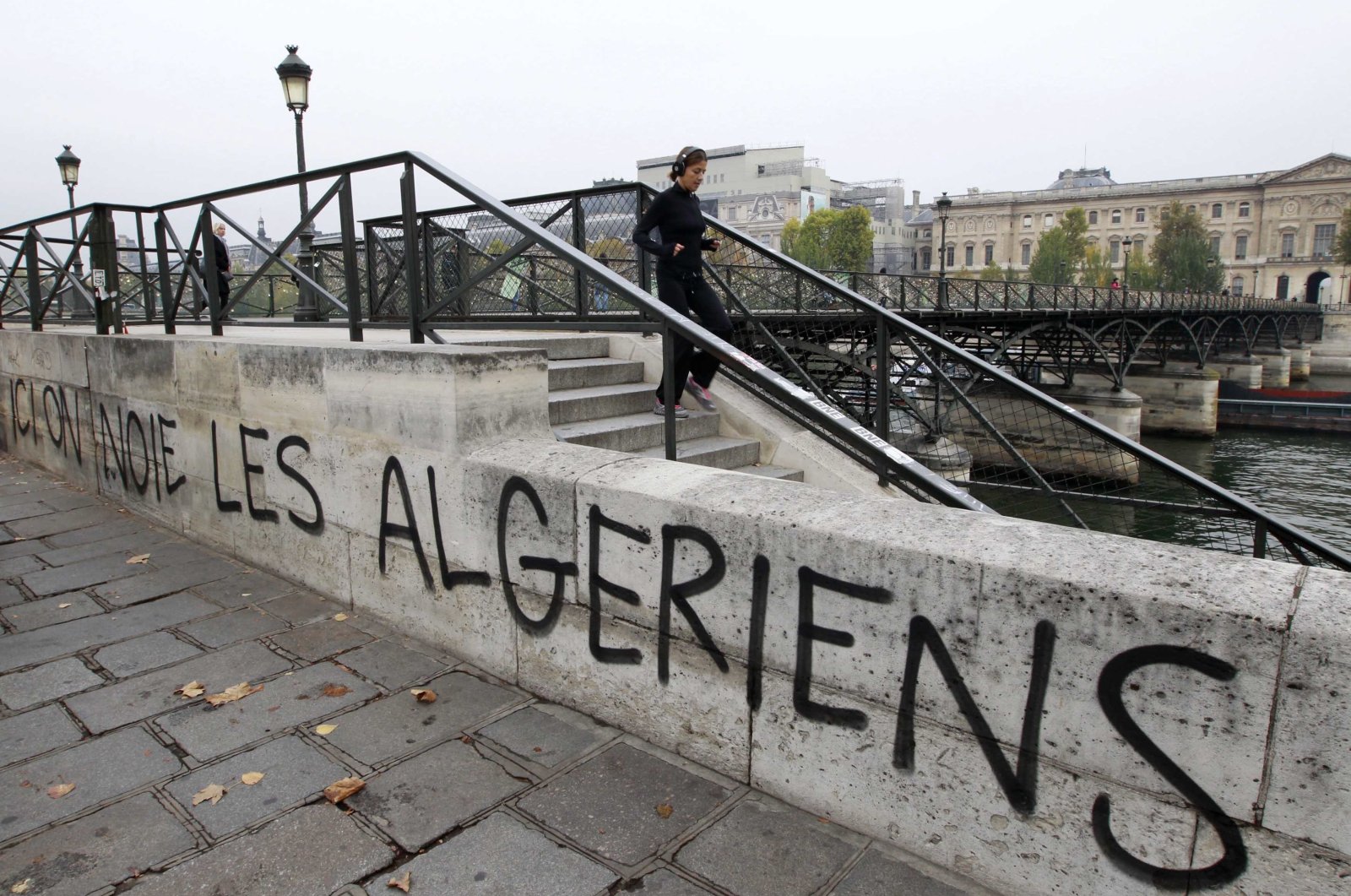 Nearly 60 years ago, peacefully demonstrating Algerians were subjected to a lethal crackdown by French police, with many historians calling the event the deadliest repression in Western Europe since World War II

Algerians in Paris took to the streets 60 years ago to protest a curfew imposed only on them but the demonstration turned into a massacre, with police dumping scores of bodies into the River Seine.

The killings, which French historian Emmanuel Blanchard called the most deadly repression in Western Europe since World War II, took place as Algeria was in the seventh and penultimate year of its fight for independence from its colonial master France.

The peaceful demonstration of some 30,000 Algerians – mostly living in shanty towns around the French capital – was called by Algeria's National Liberation Front (FLN) and continued from Oct. 17 to Oct. 20.

The FLN pro-independence movement put strong emphasis on anti-imperialism and fought France in the Algerian war which lasted nearly eight years from 1954 to 1962. After having been a French colony since 1930, Algeria declared independence in 1962 as a result of the war. The movement stepped up the pressure with attacks in French cities, particularly in Paris. The police were especially targeted as a symbol of the French state.

Algerian men, women and children dressed in their best clothes had come in from poor suburbs like Nanterre and Aubervilliers to the Champs-Elysees and the capital's big glitzy boulevards to demonstrate. They were protesting against a strict curfew imposed on them since Oct. 5 to prevent the FLN from collecting funds and opposing rising levels of violence they faced at the hands of the Harkis (pro-French Algerians) and the French police.

At least 120 Algerians had died at the hands of French police even before the mass demonstrations started in September and October 1961.

Algerians in France had become used to regular police roundups and harassment that sometimes prevented them from working. They were also the target of deadly racist attacks by a terrorist group that wanted to keep Algeria French. But that evening the violence was of a different order, with 10,000 police charging into the crowd, hurling some into the river.

Thousands of protesters were sent to so-called "holding centers" where they were tortured before being deported to colonial Algeria. The police acted as if they were confident that they would not be held accountable by President Charles de Gaulle or anyone else in the French government.

The subjugation and slaughter of Algerians reached a peak on Oct. 17, 1961. The massacre was unique as it took place in the capital of the imperial metropolis. An account illustrates the process by which colonial police techniques were imported from Algeria to France, with many key figures in the Parisian police, including Maurice Papon, veterans of colonial repression.

'Bodies in the Seine'

The man who gave the command was Papon, who despite having collaborated with the Nazis during World War II had risen to become head of the Paris police. Papon was later convicted of war crimes for deporting 1,600 Jews to death camps. At his 1997 trial, historian Jean-Luc Einaudi said Papon's men had opened fire on Algerians.

"Police officers could be seen throwing those killed into the Seine," he said.

Few beyond those who had witnessed the atrocity were aware of the scale of the killing as the news was covered up. But word spread and a famous graffiti, "Here we drown Algerians," was scrawled across one of the bridges across the Seine near the Louvre.

"Many victims died under the blows of the police, dozens of others were thrown into the Seine and several died of suffocation after being thrown to the ground and covered by heaps of bodies," according to the Immigration Museum in Paris, which has helped catalog the little-known event.

It later emerged that some police had been influenced by erroneous reports that their colleagues had been shot dead during the demonstration. But many Algerians were grabbed by police long before the protest began, rounded up as they got off the metro. Some 12,000 were arrested and bused to internment camps, prepared in advance, where they were beaten or expelled to Algeria, with the lucky ones eventually allowed to go home.

Jacques Simonnet, a psychiatrist who was a student at the time, witnessed the treatment of those held in one camp. He said those arrested suffered "kicks, thumps ... and were battered with sticks. The violence got to an unimaginable point."

“It was 5 p.m., but in October, it’s already a bit dark at that time – not completely, but it’s twilight. There were only men there. The police would catch the men at the metro station exit and hit them. They forced them into police vans by pricking them with needles. It traumatised blanme. They were screaming, they were moaning. I remember the cries of pain, of violence," Serge Rameau, an eyewitness, told France 24. “It’s one thing that France behaved badly in its colonies, like other European imperial powers. But it’s the fact that France did the same thing at home that’s so shocking. I was just a boy scout on my way home; a scout with certain principles about solidarity. And then I came across a massacre in the middle of Paris, at Place de l’Etoile. Scenes of war, really."

After the official death toll stood at three for decades, historians put the number at 48, however, it is believed to be much higher with many historians saying up to 200 people were killed just on the night of Oct. 17.

Just in 1999, the Paris prosecutor's office officially recognized that a “massacre” had taken place. But as the 60th anniversary of the massacre approaches many are waiting for French President Emmanuel Macron to acknowledge the horrific act of violence by the French military and want France to take responsibility for the atrocity. Historians also demand recognition of what happened and an admission that it was a "racist crime" against humanity by the French state. Their demand is echoed by the survivors and people who witnessed the massacre.

Only in 2012, then French President Francois Hollande acknowledged the massacre, but fell short of a formal apology.

"Algerians protesting for their right to independence were killed during a bloody repression," Hollande said. "The republic clearly recognizes these facts," he added, saying "I pay tribute to the memories of the victims." The Socialist mayor of Paris had earlier put a plaque on the bridge close to the police headquarters – near Notre Dame Cathedral – marking the massacre.