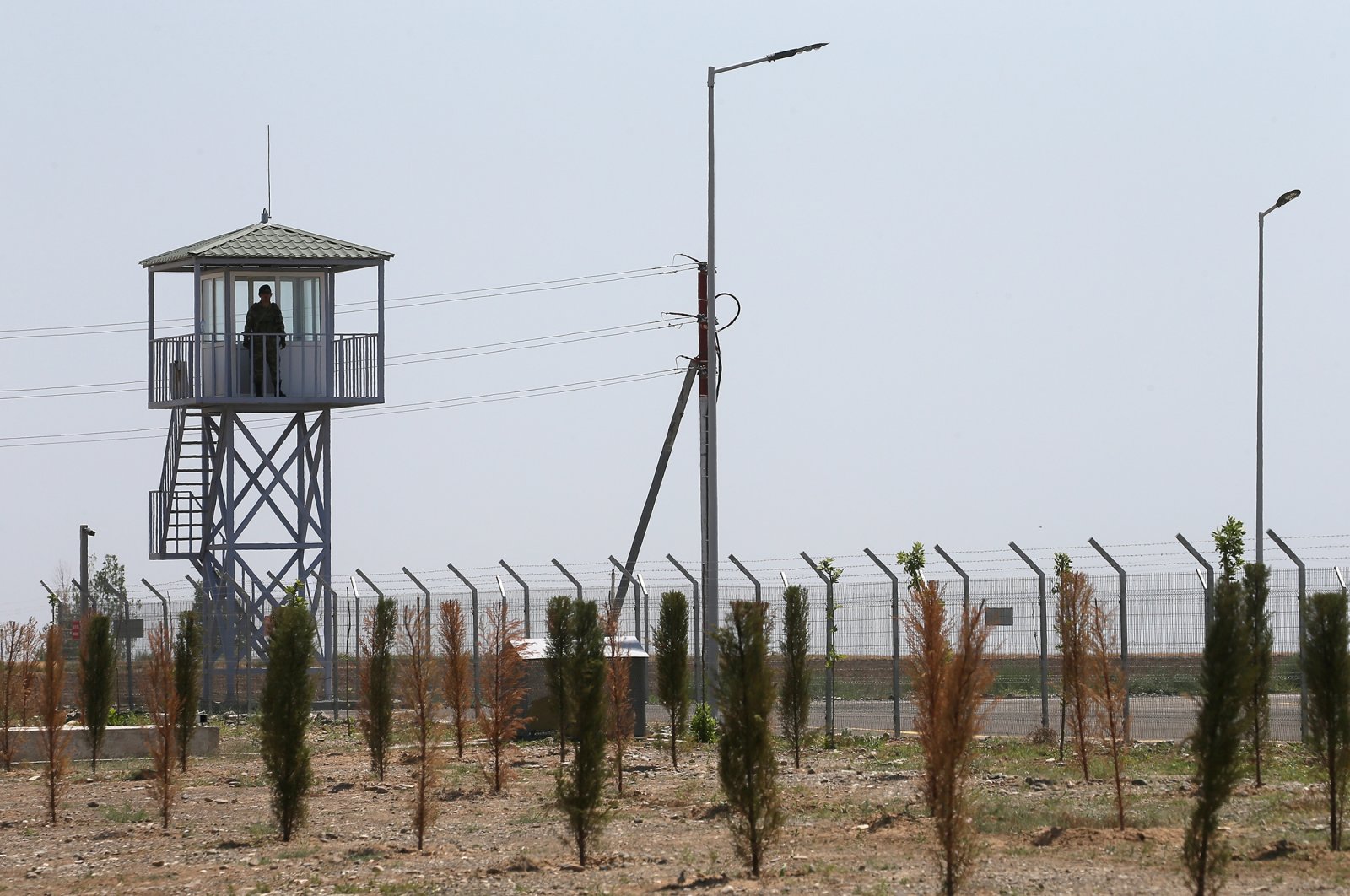 A serviceman stands guard on an observation tower at the Russian-Turkish center monitoring the cease-fire in Nagorno-Karabakh, Aghdam, Azerbaijan, July 5, 2021. (Getty Images)
by Daily Sabah with DPA Aug 13, 2021 1:12 pm
RECOMMENDED

Armenia on Thursday stated its readiness for new peace talks with Azerbaijan organized by the Organization for Security and Co-operation in Europe (OSCE).

Prime Minister Nikol Pashinian said on Thursday that Armenia will participate in negotiations "at the highest level."

"We are waiting for concrete proposals," Pashinian added.

Fresh clashes erupted between Armenia and Azerbaijan in late September, rekindling the Caucasus neighbors' decadeslong conflict over the Nagorno-Karabakh region of Azerbaijan.

During the conflict, Azerbaijan liberated several towns and nearly 300 settlements and villages from the Armenian occupation. Fierce fighting persisted for six weeks before Armenia and Azerbaijan signed a Moscow-brokered peace deal.

The agreement came after Baku's military overwhelmed the separatist forces and threatened to advance on Karabakh's main city of Stepanakert (Khankendi). Following the deal, Russia deployed its troops to the region for monitoring the implementation of the deal.

Most recently, Baku urged Moscow on Wednesday that Russia must put an end to the illegal presence of Armenian troops within Azerbaijan's borders.

In a statement, Azerbaijan's Defense Ministry said Russian peacekeeping troops temporarily deployed in Azerbaijan should take action against the presence of Armenian forces in the country under a trilateral agreement inked last year.

The OSCE Minsk Group, co-chaired by France, Russia and the U.S., was formed in 1992 to find a peaceful solution to the conflict, but to no avail.