Armenia will not get used to Azerbaijani army presence: Pashinian 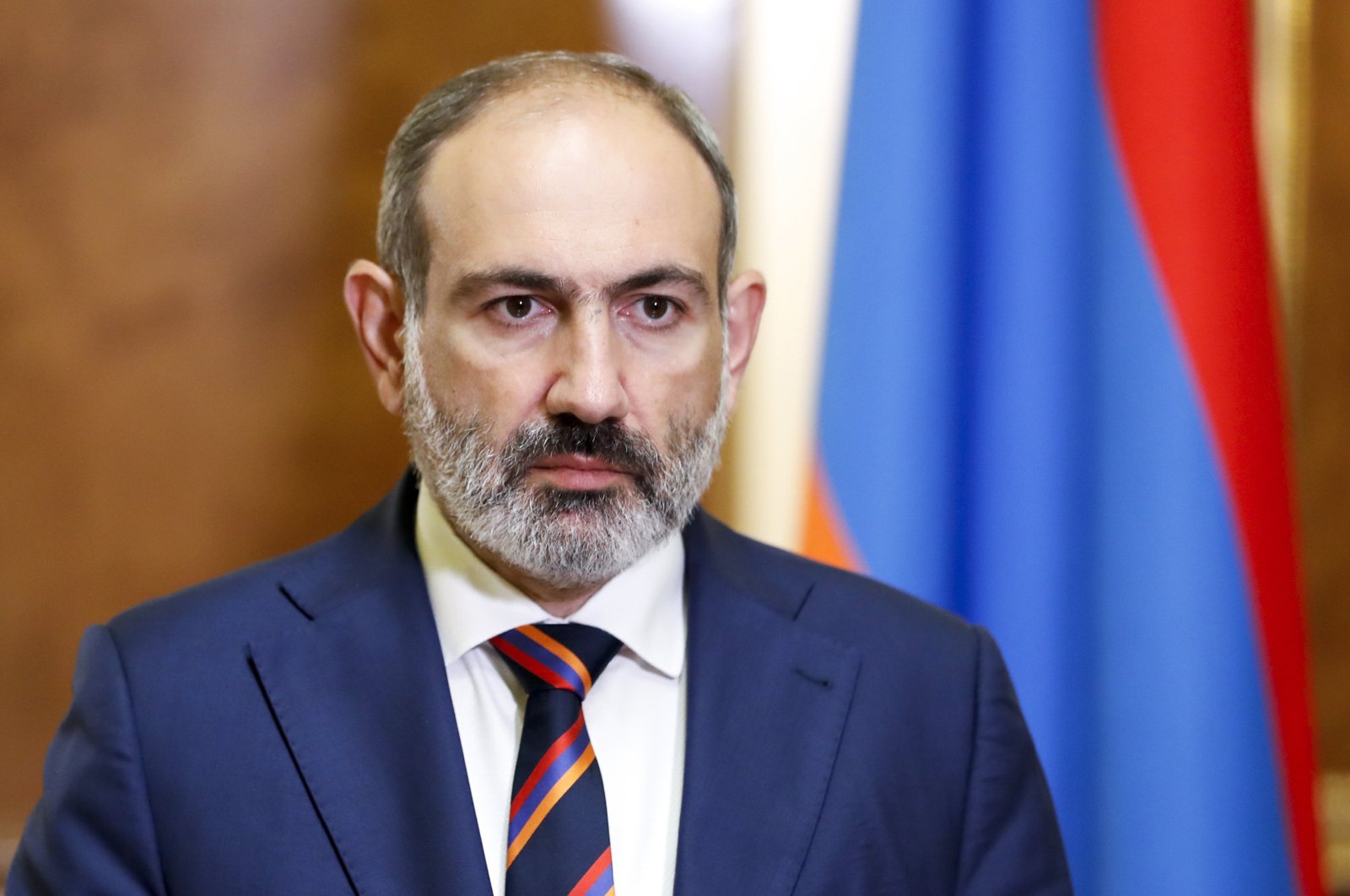 The six Armenian soldiers detained by Azerbaijan were carrying out engineering work on the border, Armenian Prime Minister Nikol Pashinian said Thursday, calling for their immediate release, in the latest incident that followed last year's war over the Nagorno-Karabakh region.

"Our servicemen carried out work to equip the border with Azerbaijan, carried out mining work with the installation of warning signs, there was no purpose of sabotage. The incident took place on our territory," he adamantly said at a government meeting Thursday.

According to him, such incidents occur "because some forces want us to get used to the presence of the Azerbaijani military on our territory, but this will not happen."

Pashinian also suggested that international observers from Russia or other Minsk Group countries be deployed to Armenia's border with Azerbaijan and demanded Baku to withdraw its troops from the border, the Interfax news agency reported.

The Armenian Foreign Ministry assessed Azerbaijan's actions as a threat to regional stability. The ministry noted that the captured Armenian soldiers should be returned immediately.

Earlier Thursday the Azerbaijani Defense Ministry said in a statement that a "sabotage group of the Armed Forces of Armenia attempted to cross into the territory of Azerbaijan in the sector of the Yukhari Ayrım settlement of the Kelbajar region at the Armenian-Azerbaijani border."

The ministry added that the six soldiers, who "tried to mine the supply routes leading to the positions of the Azerbaijan Army on the border," were captured. The statement also said a concentration of several units of Armenian military equipment, including tanks, were observed near the border.

"As a result of the measures we took, their movement was stopped," the ministry said.

The detaining of Armenia's soldiers comes at a delicate time for Pashinian ahead of snap elections next month. The incident, which took place in the Kelbajar region on the border between the rivals, is just the latest in several months and puts additional pressure on a cease-fire brokered by Russia last year. Last year the two ex-Soviet countries in the Caucasus region fought a six-week war, triggered by Armenian cease-fire violations, for control of Nagorno-Karabakh – an internationally recognized Azerbaijani region that had been occupied by Armenian separatists for decades.

Some 6,000 people were killed in the conflict that ended after Moscow brokered an agreement between Yerevan and Baku that saw Armenia hand to Azerbaijan large sections of territory it had illegally occupied for decades, including Kalbajar. The cease-fire, monitored by some 2,000 Russian peacekeepers, has largely held but tensions have persisted and there have been several border incidents.