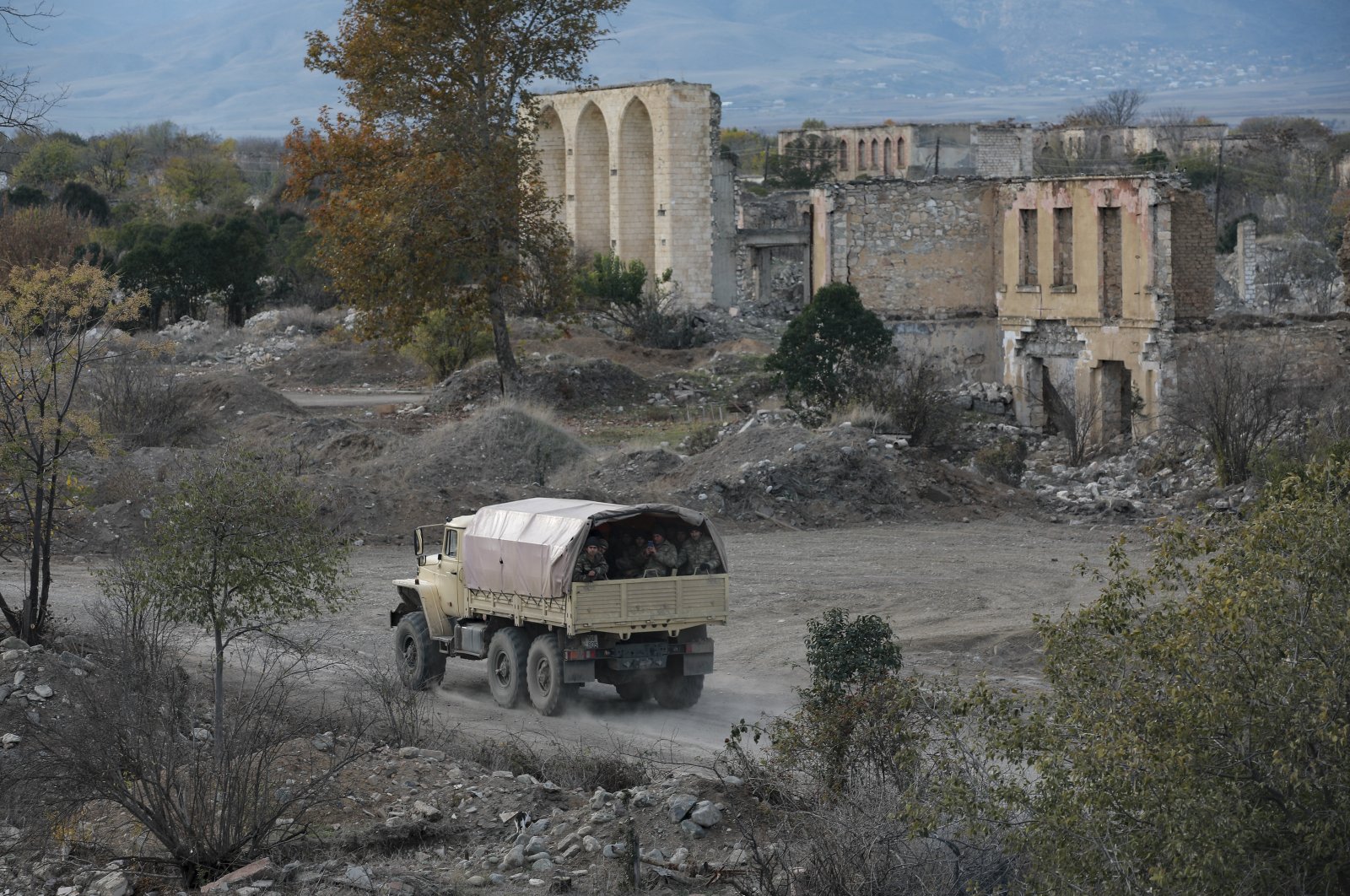 Azerbaijan on Thursday detained six Armenian servicemen attempting to cross the border, in the latest development in a series of escalating border incidents after last year's war over the Nagorno-Karabakh region.

"On May 27, at about 3:00 a.m. (11 p.m. GMT), a reconnaissance and sabotage group of the Armed Forces of Armenia attempted to cross into the territory of Azerbaijan in the sector of the Yukhari Ayrım settlement of the Kelbajar region at the Armenian-Azerbaijani border," the Azerbaijani Defense Ministry said in a statement.

The ministry added that the six servicemen, who "tried to mine the supply routes leading to the positions of the Azerbaijan Army on the border," were captured.

The statement also said a concentration of several units of Armenian military equipment, including tanks, was observed near the border.

"As a result of the measures we took, their movement was stopped," the ministry said.

The detaining of Armenia's soldiers comes at a delicate time for Prime Minister Nikol Pashinian ahead of snap elections next month.

The Armenian Defense Ministry said in a statement that its forces were carrying out engineering work in a border region when Azerbaijan's army "surrounded and captured six servicemen."

Azerbaijan's military however described the Armenian soldiers as a "reconnaissance and sabotage group" in the statement announcing the detention.

The incident, which Azerbaijan said took place in the Kelbajar region on the border between the historic rivals, is just the latest in several months and puts additional pressure on a cease-fire brokered by Russia last year.

Last year the two ex-Soviet countries in the Caucasus region fought for six weeks for control of Nagorno-Karabakh, a region in Azerbaijan that had been occupied by Armenian separatists for decades.

Some 6,000 people were killed in the conflict which ended after Moscow brokered an agreement between Yerevan and Baku that saw Armenia hand to Azerbaijan large sections of the territory it had controlled for decades, including Kalbajar.

The cease-fire, monitored by some 2,000 Russian peacekeepers, has largely held but tensions have persisted and there have been several border incidents.

Armenia said one of its soldiers was killed earlier this week after a shooting broke out with Azerbaijan's forces, an incident Baku denied it was responsible for.

Armenia had earlier in the month accused Azerbaijan's military of crossing its southern border to "lay siege" to a lake that is shared by the two countries.

On the other hand, Armenian forces "periodically" violated the cease-fire by opening fire at the Azerbaijani army's positions, Azerbaijan's Defense Ministry said Wednesday.

"Starting from 24 to 26 May, the positions of the Azerbaijan Army stationed in the Kalbajar and Gadabay regions were periodically subjected to fire from the enemy positions in the Gegharkunik region of the Republic of Armenia by the use of small arms," a statement by the ministry said.

It also said the Armenian side "shot in the air" in the direction of Azerbaijani military posts located around the city of Shusha – the country's cultural capital – which was liberated last year from Armenia's illegal occupation after nearly three decades.

The liberation of Shusha – known as the pearl of Karabakh – on Nov. 8, 2020 led to the recognition of defeat by Pashinian, as well as the cessation of hostilities between Baku and Yerevan.

In 1991, the Armenian military illegally occupied Nagorno-Karabakh, internationally recognized as Azerbaijani territory, and seven adjacent regions. During a six-week conflict last year, Azerbaijan liberated several cities and nearly 300 settlements and villages, while at least 2,800 of its soldiers were killed.

On Nov. 10, the two countries signed a Russian-brokered agreement to end the fighting and work toward a comprehensive resolution. On Jan. 11, the leaders of Russia, Azerbaijan, and Armenia signed a pact to develop economic ties and infrastructure to benefit the entire region. It included the establishment of a trilateral working group in Karabakh.

The cease-fire is seen as a victory for Azerbaijan and a defeat for Armenia, whose armed forces withdrew in line with the agreement. Prior to this victory, about 20% of Azerbaijan's territory had been under illegal occupation for nearly three decades.

Earlier this month, both Azerbaijani President Ilham Aliyev and Pashinian said Armenia and Azerbaijan were in talks mediated by Russia on the delimitation and demarcation of their shared borders.

It was also said the two governments could discuss possible territorial swaps between the two countries.

Russia's role as a broker between Armenia and Azerbaijan has largely come at the expense of Western powers including France and the United States.

All three are part of a mediating group that had tried but failed for decades to find a lasting solution to the conflict.