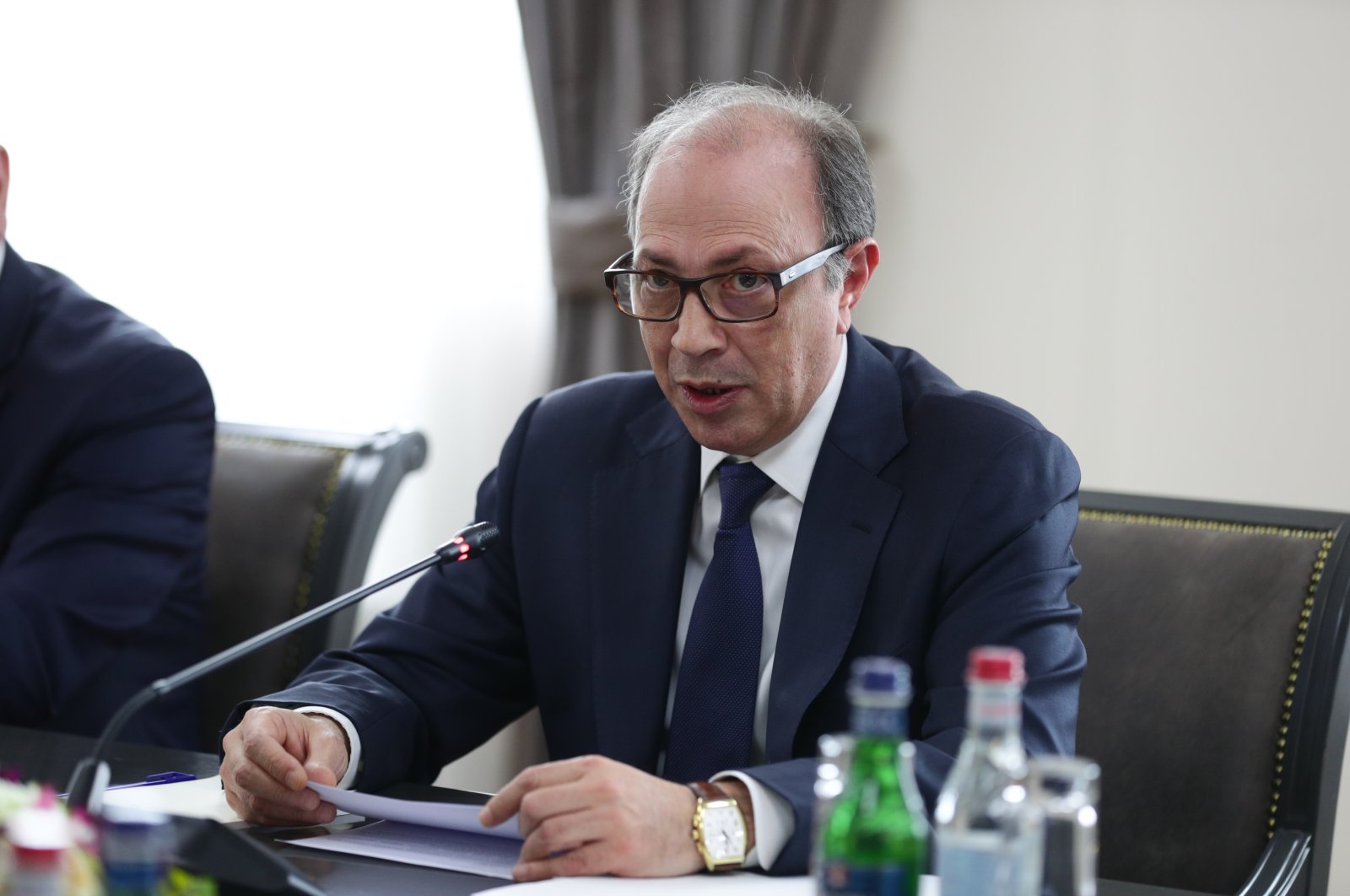 Armenian Foreign Minister Ara Ayvazyan is seen in this photo taken during a meeting with his counterpart Sergey Lavrov in Russia's Moscow on May 6, 2021 (Russian Ministry of Foreign Affairs Media Service via AA - File)
by Anadolu Agency May 27, 2021 10:13 pm

Ayvazyan, who took office on Nov. 18, 2020, has submitted his resignation, Anna Nagdalyan said on Facebook.

Nagdalyan did not provide details on the reason for the resignation.

Relations between the two former Soviet republics, Armenia and Azerbaijan, have been tense since 1991 when the Armenian military occupied Nagorno-Karabakh, also known as Upper Karabakh, a territory internationally recognized as part of Azerbaijan, and seven adjacent regions.

Last year, the conflict escalated again and lasted six weeks, ending up with a Russian-brokered truce on Nov. 10.

During that time, Azerbaijan liberated several strategic cities and nearly 300 of its settlements and villages from nearly three decades of Armenian occupation.

The Nov. 10 cease-fire is seen as a victory for Azerbaijan and a defeat for Armenia, whose armed forces withdrew in line with the agreement.

A joint Turkish-Russian center was established to monitor the cease-fire. Russian peacekeeping troops have also been deployed in the region.