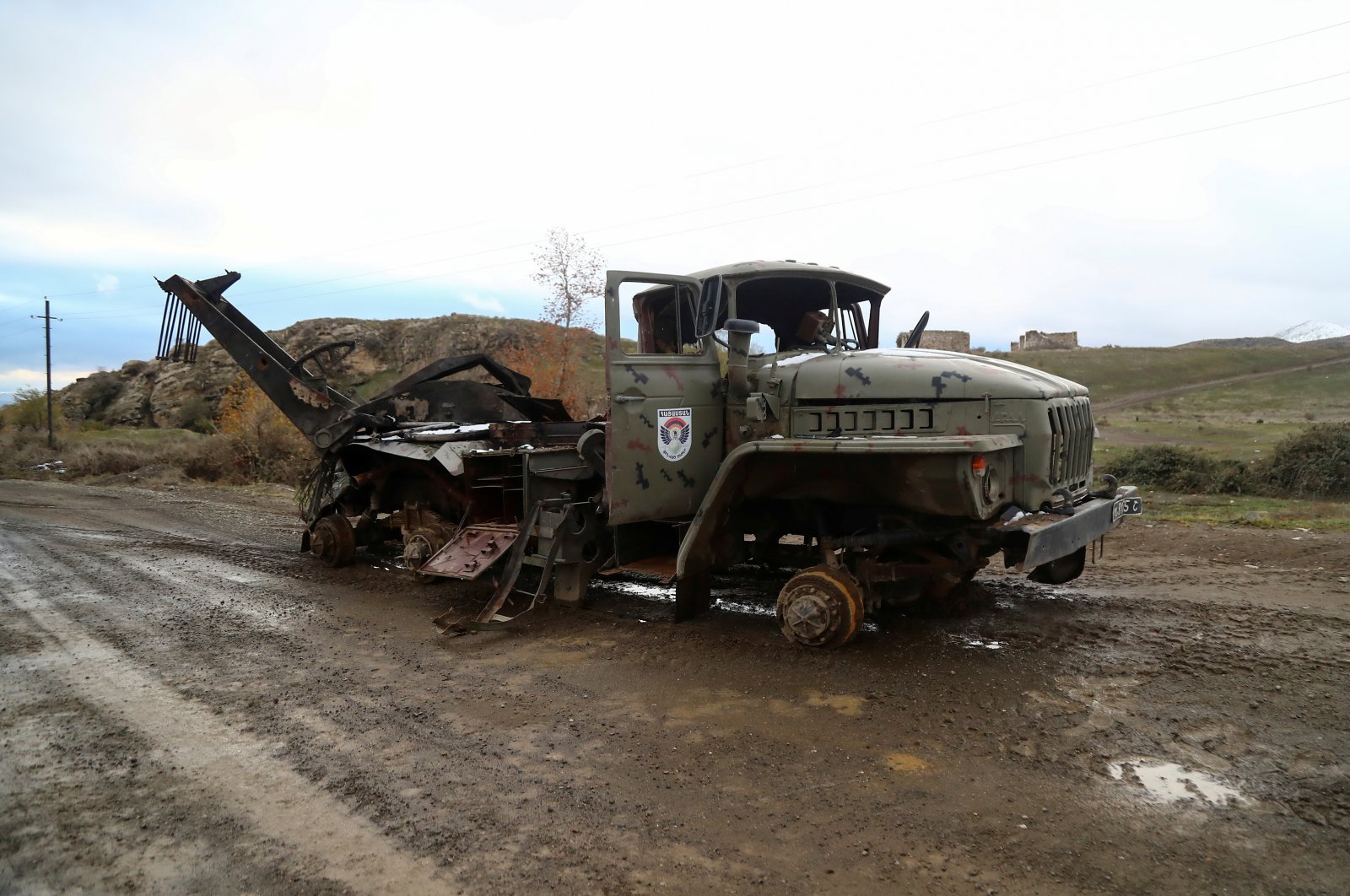 A view shows a damaged truck belonging to Armenian forces in an area that came under the control of Azerbaijan's troops following a military conflict over Nagorno-Karabakh, in Jabrayil District, December 7, 2020. (Reuters Photo)
by Anadolu Agency Jun 04, 2021 1:22 pm

Two Azerbaijani journalists were killed and three people injured when a mine planted by Armenia during its occupation exploded in the Kalbajar district.

The explosion occurred when a bus carrying journalists who were on duty in the recently liberated Kalbajar region crossed over the mine.

Meherrem Ibrahimov, a journalist for the state news agency Azertac, and Sirac Abishov, a cameraperson for Azerbaijan state television AZTV, were killed in the explosion.

The Kalbajar region was recently liberated after a nearly three-decade occupation by Armenian forces.

During a 44-day conflict last year, which ended in a truce Nov. 10, 2020, Azerbaijan liberated several cities and nearly 300 settlements and villages in Karabakh from Armenia's occupation.