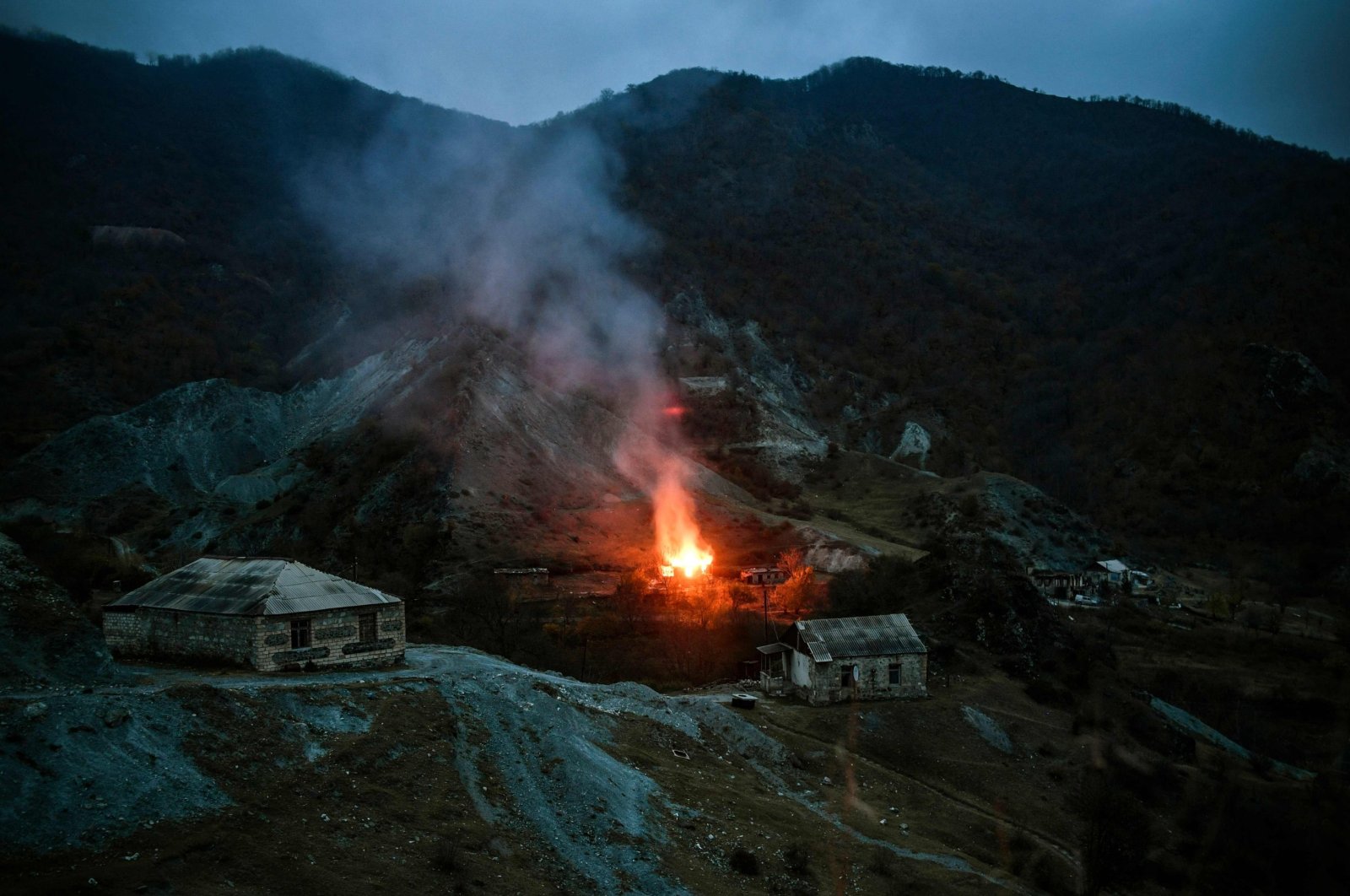 A house burns in a village outside the town of Kalbajar, following the signing of a peace agreement to end the military conflict between Armenia and Azerbaijan over the Nagorno-Karabakh region, Nov. 14, 2020. (AFP Photo)
by Daily Sabah with AA Apr 22, 2021 3:09 pm
RECOMMENDED

Armenian soldiers opened fire on Azerbaijani and Russian soldiers at the border with Azerbaijan Wednesday night. It was reported that Russian border guards informed their Azerbaijani colleagues that the provocateurs were drunk and requested the incident not be responded to.

In the statement made by the Azerbaijan State Border Service (DSX), it was reported that in the evening of April 21, Armenian soldiers opened fire on the positions of the State Border Service units in the village of Seyidler in the province of Zangilan on the Azerbaijan-Armenia border. The Russian Federal Security Service border guard units were stationed on the Armenian side of the region.

The statement also emphasized that on the same day, a group moving towards the national border in the direction of Shurnuh village of Gubadli province with about 40 vehicles shouted Armenian and anti-Azerbaijan slogans. It has been stated that the DSX will respond in the harshest way if such provocations are repeated in the future.