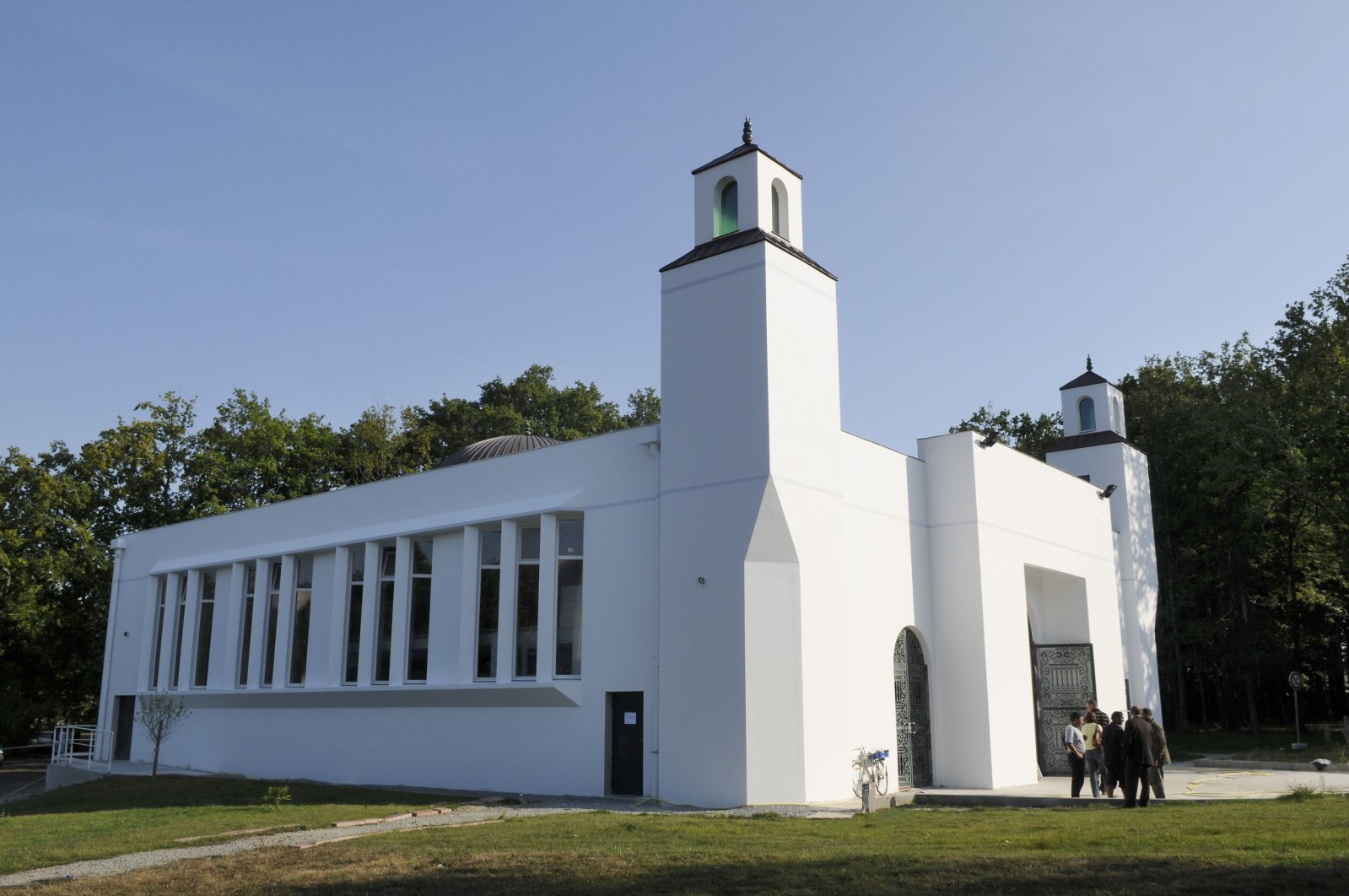 The Arrahma mosque in France's northern region of Nantes. The mosque was inaugurated after two years of construction and can accommodate up to 1,300 worshippers, Nantes, France, Sept. 9, 2009. (Getty Images)
by DAILY SABAH Apr 11, 2021 3:02 pm
RECOMMENDED

The Arrahma mosque in France’s city of Nantes was subject to an arson attack Friday, the French daily Ouest-France reports.

The attack occurred on the night from Thursday to Friday when perpetrators moved trash cans in front of one of the three doors of the mosque and set them on fire. The door was destroyed and the floor and wall of the mosque were blackened by the ensuing fire. The flames were noticed around 2:50 a.m. local time. An investigation was launched into the incident.

Interior Minister Gerald Darmanin and Mayor Johanna Rolland condemned the attack with Rolland saying that freedom of worship is one of the foundations of the republic.

On the same weekend, another mosque was attacked, this time in the city of Rennes and was smeared with Islamophobic slurs; “the Crusade will resume” and “no to Islamization”.

The attacks follow an Islamophobic bill, which saw nationwide protests against it.

The bill, approved by the French National Assembly on Feb. 16, is being criticized because it targets the Muslim community and imposes restrictions on almost every aspect of their lives. It provides for intervening in mosques and in the associations responsible for their administration, as well as controlling the finances of associations and nongovernmental organizations (NGOs) belonging to Muslims.

It also restricts the education choices of the Muslim community by preventing families from giving children home education. The bill also prohibits patients from choosing doctors based on gender for religious or other reasons and makes "secularism education" compulsory for all public officials.