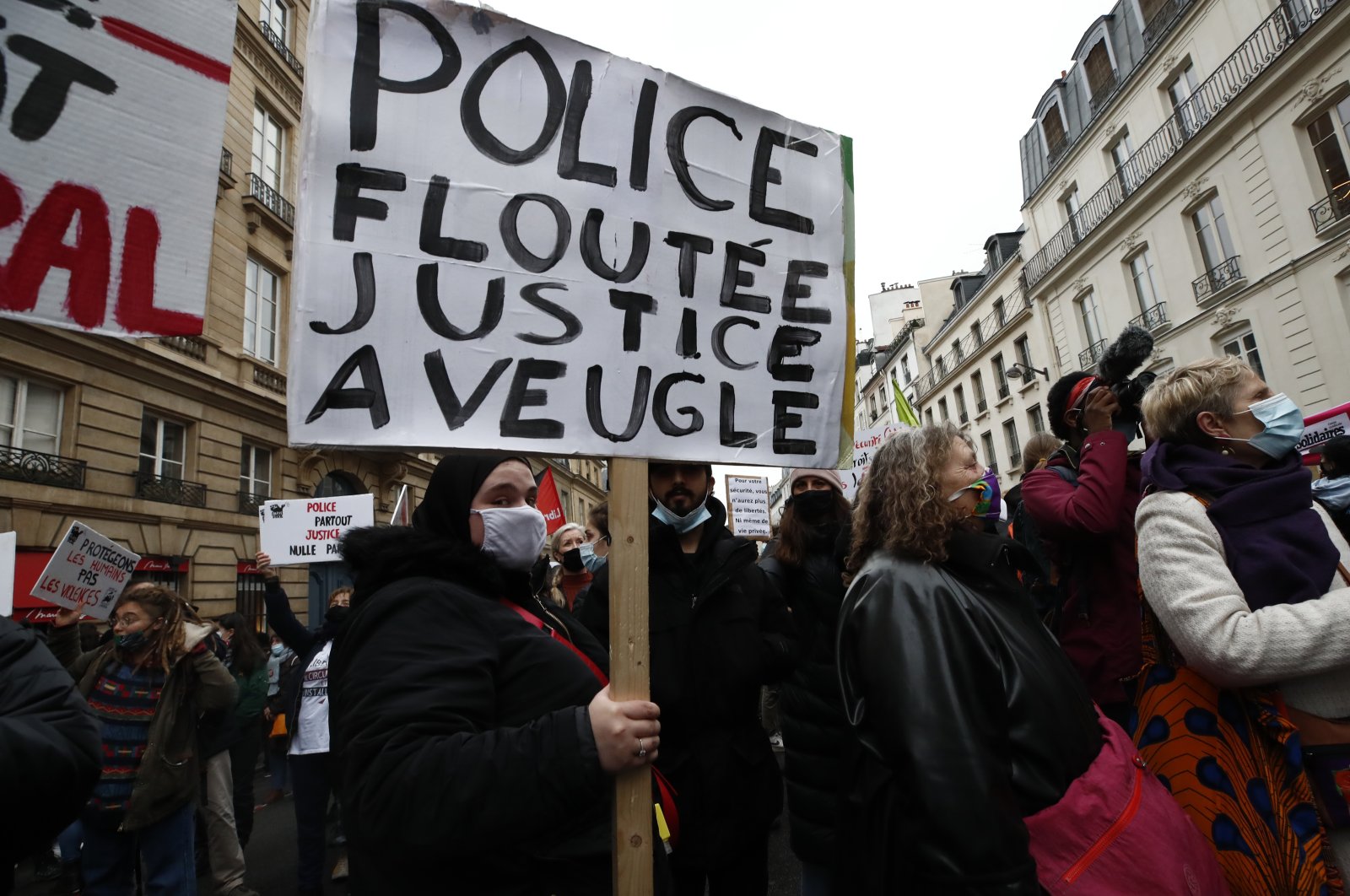 Protests continue in France, where the government has been criticized for both its Islamophobic bill that is widely seen as a tool to silence critics and oppress minorities as well as a police law, slammed earlier for restricting the public circulation of images of police violence

Nationwide protests continued in France Sunday, with demonstrators marching against Islamophobia and a controversial bill that has been criticized for targeting Muslims.

Demonstrators took to the streets in the capital Paris, Marseille, Lille, Strasbourg, Bordeaux and Lyon. Chanting slogans against Islamophobia, the crowd marched from Chatelet Square to Republique Square in Paris under the leadership of the collective Front Against Islamophobia and for Equal Rights for All.

"The French government has targeted Muslims, even Islam, and is interfering with Islamic practices. This is too much. We condemn the (government's) colonialist and neo-colonial approach,” Omar Slaouti, the organizer of the demonstration, told Anadolu Agency (AA). Slaouti said the protests will continue against the so-called "separatism” bill.

Speaking on the French government's aims with the controversial bill, he said: "There are two strategies. The first one is that there are economic, social, health and environmental crises, however, (French President Emmanuel Macron) cannot find a solution for them. On the contrary, he deepens the social inequalities.”

Noting that Macron directs rage at one group of society, he said the president's second strategy is making the rich richer.

"He wants this system to be more unequal. We condemn his liberal and racist policies that deepen the inequalities,” he said. Slaouti added that they would not allow the use of racist and Islamophobic remarks to attract more votes for the presidential election next year.

Ismael al-Hajri, one of the protesters, said: "We are against all the attacks of Islamophobic policies carried out by the government for 10 years. This is a bill that restricts freedoms and will result in further discrimination against women with headscarves and Muslim women (in general).”

The bill is being criticized because it targets the Muslim community and imposes restrictions on almost every aspect of their lives. It provides for intervening in mosques and the associations responsible for their administration as well as controlling the finances of associations and nongovernmental organizations (NGOs) belonging to Muslims. It also restricts the education choices of the Muslim community by preventing families from giving children home education. The bill also prohibits patients from choosing doctors based on gender for religious or other reasons and makes "secularism education" compulsory for all public officials.

Macron's anti-Muslim rhetoric also sparked a wave of anti-Muslim feelings among far-right groups. The number of Islamophobic incidents in France rose sharply last year. According to the National Observatory of Islamophobia, there were 235 attacks on Muslims in France in 2020, up from 154 the previous year, a 53% jump. Most of the attacks took place in the Ile-de-France (greater Paris), Rhones-Alpes and Paca regions of the country. Attacks on mosques jumped 35% in the same year. Earlier this month, a global coalition of 25 nongovernmental organizations (NGOs) has asked the European Commission to investigate France for its state-sponsored support of Islamophobia.

The scourge of far-right extremism, which has targeted Muslims in particular, has increased in Europe, and recent reports show that France suffers most from this atmosphere of hatred. Muslims in France are worried about the negative views some members of the French public have about Islam, the head of the National Observatory of Islamophobia Abdallah Zekri, said, adding that there are no links between Islam and terrorism, and Muslims in France should be able to practice their religion freely like members of other faiths. Muslims in France – the former colonies of which include predominantly Muslim countries in North and West Africa as well as the Middle East – make up about 6% of the population.

Meanwhile, thousands of demonstrators marched alongside families and relatives of victims of police violence across the country on Saturday to protest impunity and racism by law enforcement.

Several groups, including the Network of Mutual Aid Truth and Justice, family collectives of those killed, wounded and mutilated by violence and crimes by law enforcement and prison officers, Amnesty International and Stop Global Security Law coordination collective, trade union organizations representing journalists, organized and participated in the rally.

Demonstrators assembled in major cities and towns like Paris, Toulouse, Lyon, Lille and Renne, holding posters that said, "stop impunity” and chanted "No justice, no peace” to mark the international week against law enforcement violence and racism.

About 3,500 people turned out in Paris, police said, where protests are allowed so long as they comply with regulations designed to prevent the spread of the coronavirus.

They demanded the immediate suspension of those implicated in violence or homicide, committed or made racist remarks or acts. They also demanded a repeal of the controversial Global Security bill giving additional powers to police and gendarmes forces for mass surveillance and the bill consolidating respect for the principles of the Republic indiscriminately targeting the French-Muslim population.

The Agence France-Presse (AFP) news agency reported that many of the protesters oppose the planned law, which is supposed to increase video surveillance and make it difficult to share images and videos of police doing their job.

The Senate, upper house of the French Parliament, unanimously adopted the bill, with a new text of Article 24. The bill provides a new framework for the use of drones for police surveillance purposes and authorizes off-duty officers to carry weapons in public.

The security bill has been widely criticized domestically and internationally for limiting public freedom and violating privacy laws, since it was adopted by the National Assembly, the lower house, last November. The bill prompted multiple protests in 2020, especially after a group of police officers was caught on security cameras apparently attacking a black man without cause, the kind of recording that might be illegal under the new law.