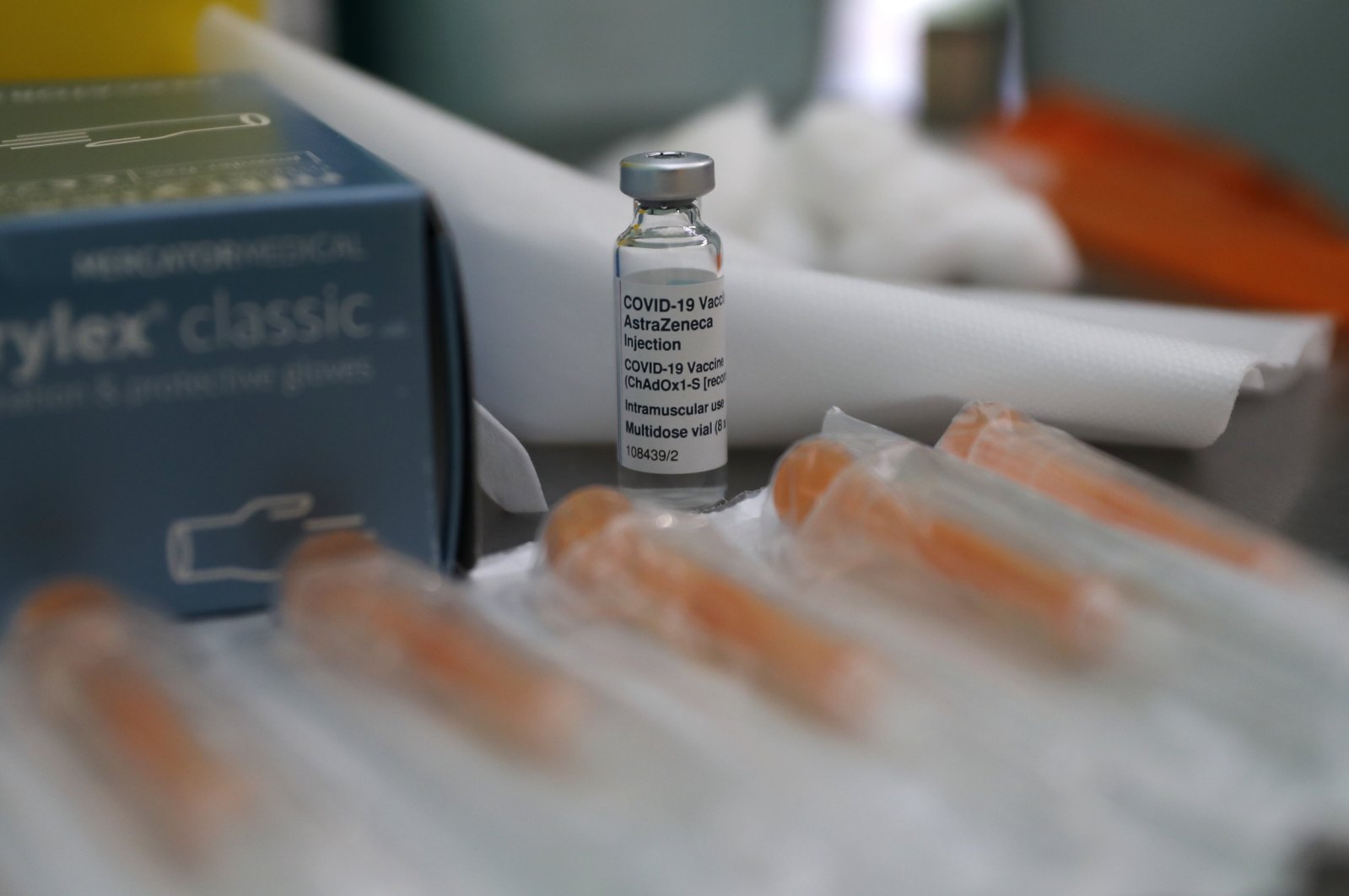 A vial of the AstraZeneca coronavirus vaccine ready for use during the pilot project pop-up vaccination drive 'Vaxi Taxi' in Kilburn, London, Feb. 28, 2021. (AP Photo)
by REUTERS Mar 07, 2021 3:40 pm
RECOMMENDED

Austrian authorities have suspended inoculations of a batch of AstraZeneca's COVID-19 vaccine as a precaution while investigating the death of one person and the illness of another after the shots, a health agency said on Sunday.

"The Federal Office for Safety in Health Care (BASG) has received two reports in a temporal connection with a vaccination from the same batch of the AstraZeneca vaccine in the district clinic of Zwettl" in Lower Austria province, it said.

"Currently there is no evidence of a causal relationship with the vaccination," BASG said.

Austrian newspaper Niederoesterreichische Nachrichten as well as broadcaster ORF and the APA news agency reported that the women were both nurses who worked at the Zwettl clinic.

BASG said blood clotting was not among the known side effects of the vaccine. It was pursuing its investigation vigorously to completely rule out any possible link.

"As a precautionary measure, the remaining stocks of the affected vaccine batch are no longer being issued or vaccinated," it added.

An AstraZeneca spokesperson said: "There have been no confirmed serious adverse events associated with the vaccine," adding that all batches are subject to strict and rigorous quality controls.

Trials and real-world experience so far suggests the vaccine is safe and effective and it had been approved for use in well over 50 countries, he said.

AstraZeneca also said it was in contact with Austrian authorities and would fully support the investigation.

European Union regulators at the end of January approved the product, saying it was effective and safe to use, while the World Health Organization (WHO) in mid-February listed the product for emergency use. Italy approved the vaccine for all adults but recommended alternatives be given to people aged over 55, citing "a level of uncertainty".

Adverse reactions seen in trials were short-lived for the most part and blood clotting issues were not reported.

A safety assessment by Germany’s vaccine regulator of more than 360,000 people who received the AstraZeneca vaccine in the country between the launch in early February and Feb. 26 concluded that adverse reactions were in line with the safety profile described in clinical trials.