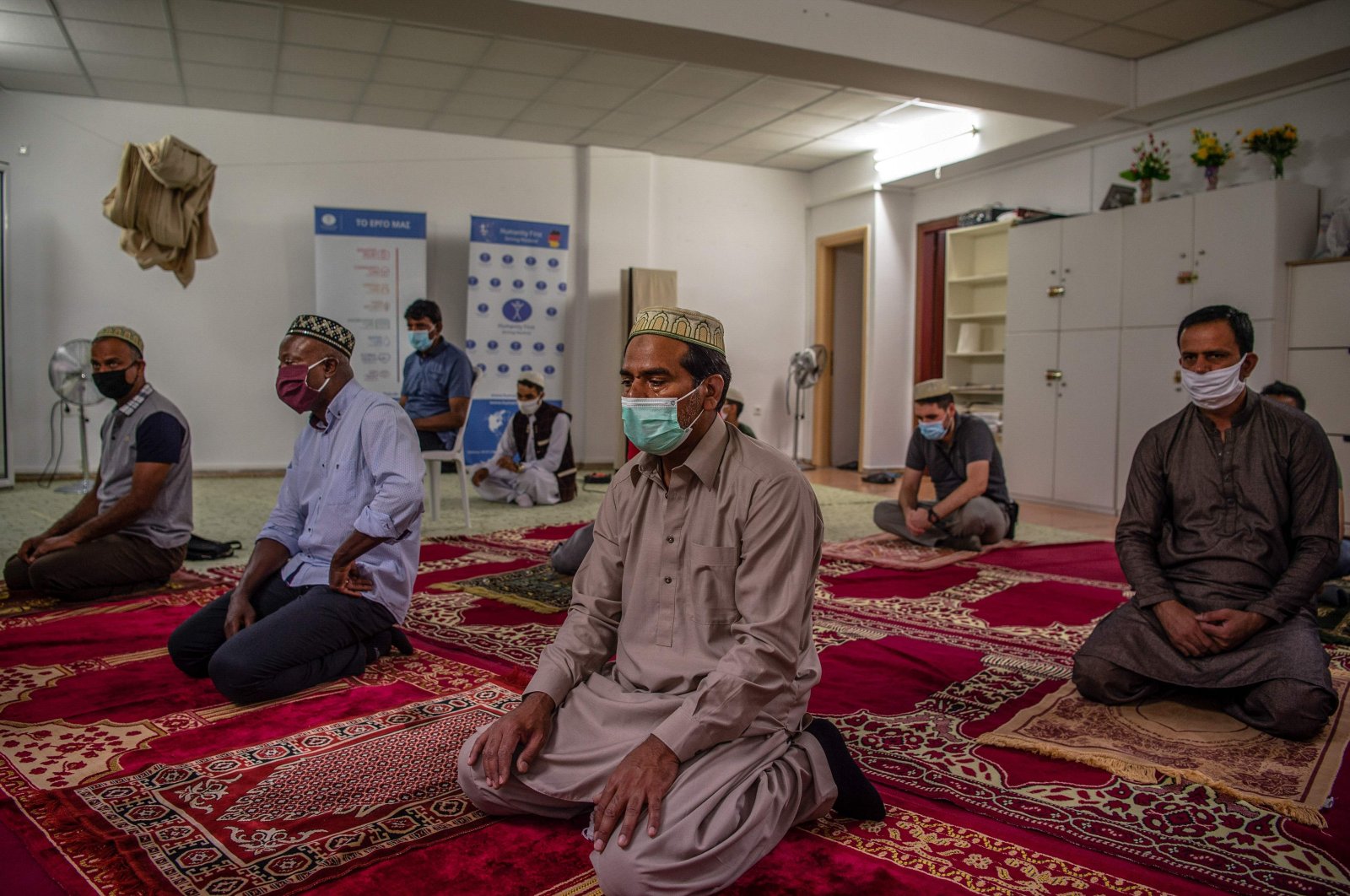 After Istanbul's Hagia Sophia Grand Mosque reopened for worship, Muslims in Athens fear their own official place of worship, delayed for over a decade, will be held back again.

The project to open a state-sanctioned mosque in Athens, the only European capital that does not have one, was launched in 2007.

But it immediately ran into strong opposition from the influential Orthodox Church, as well as from nationalist groups.

"I think after this incident, it might be even more difficult to open the official mosque that we have awaited for ten years," says Imam Atta-ul Naseer, who runs a makeshift mosque in a central Athens apartment.

An architectural marvel of the 6th century, the Hagia Sophia, a former Byzantine basilica, was converted into a mosque in 1453 after the capture of Istanbul by the Ottomans.

In 1934, the monument was turned into a museum.

But in July, a top Turkey court ruled that Hagia Sophia could be reconverted into a mosque, nullifying the 1934 government decree.

'A mosque is a mosque'

"I think a mosque should remain a mosque. It should not become a church or whatever. Just as Christians expect Hagia Sophia to remain a church, Muslims expect the same," says Imam Naseer.

The official mosque in Athens, without a minaret and under the supervision of the Greek state, is expected to open by the end of autumn in the industrial district of Elaionas, northeast of Athens.

But in the meantime, to meet the requirements of a Muslim community of nearly 300,000 people, numerous makeshift mosques, in apartments, basements and even sheds, have been created in past years.

Naseer believes that historic Ottoman mosques in Athens, like the one on the central Monastiraki square which has been transformed into a museum, could have served as a place of worship for Muslims.

President Recep Tayyip Erdoğan has himself proposed this to Greek leaders in the past.

But the subject is delicate in a country which was a part of the Ottoman Empire for centuries, before regaining its independence in the 19th century.

In Greece, anti-Turkish sentiment remains strong and the current tension between the two countries over migration and energy exploration in the Eastern Mediterranean reinforces this animosity.

Living in Greece for the past seven years, the Pakistan-born imam has faced racism and sometimes even violence by neo-Nazi militants.

"But in general, Christians and Muslims live together peacefully," he says.

In an attempt to regulate the makeshift mosques, the Greek state set strict operational rules.

Operators must register the name of the religious representative and his background, the number of regular worshippers and the establishment's sources of income.

The prayer hall must also meet safety standards, which include having a fire alarm, sanitary facilities and an emergency exit.

"The procedures are complicated and take time. Few mosques have obtained permits from the ministry," Naseer says.

In the Pakistani quarter of Athens, a green door stands out in a shopping lane: the entrance to the Al Jabbar Mosque.

"The official mosque that the Greek state wants to open is far from the center of Athens where many Muslim refugees live and can only accommodate 350 people anyway."

"Unofficial mosques that become legal, like ours, will therefore remain necessary to Muslims who wish to practice their faith in Athens," Abu Bakr noted.

The only mosques dating from the Ottoman era that are currently operating in Greece are located in the border region with Turkey, in Thrace, where a Turkish minority of 150,000 people live.