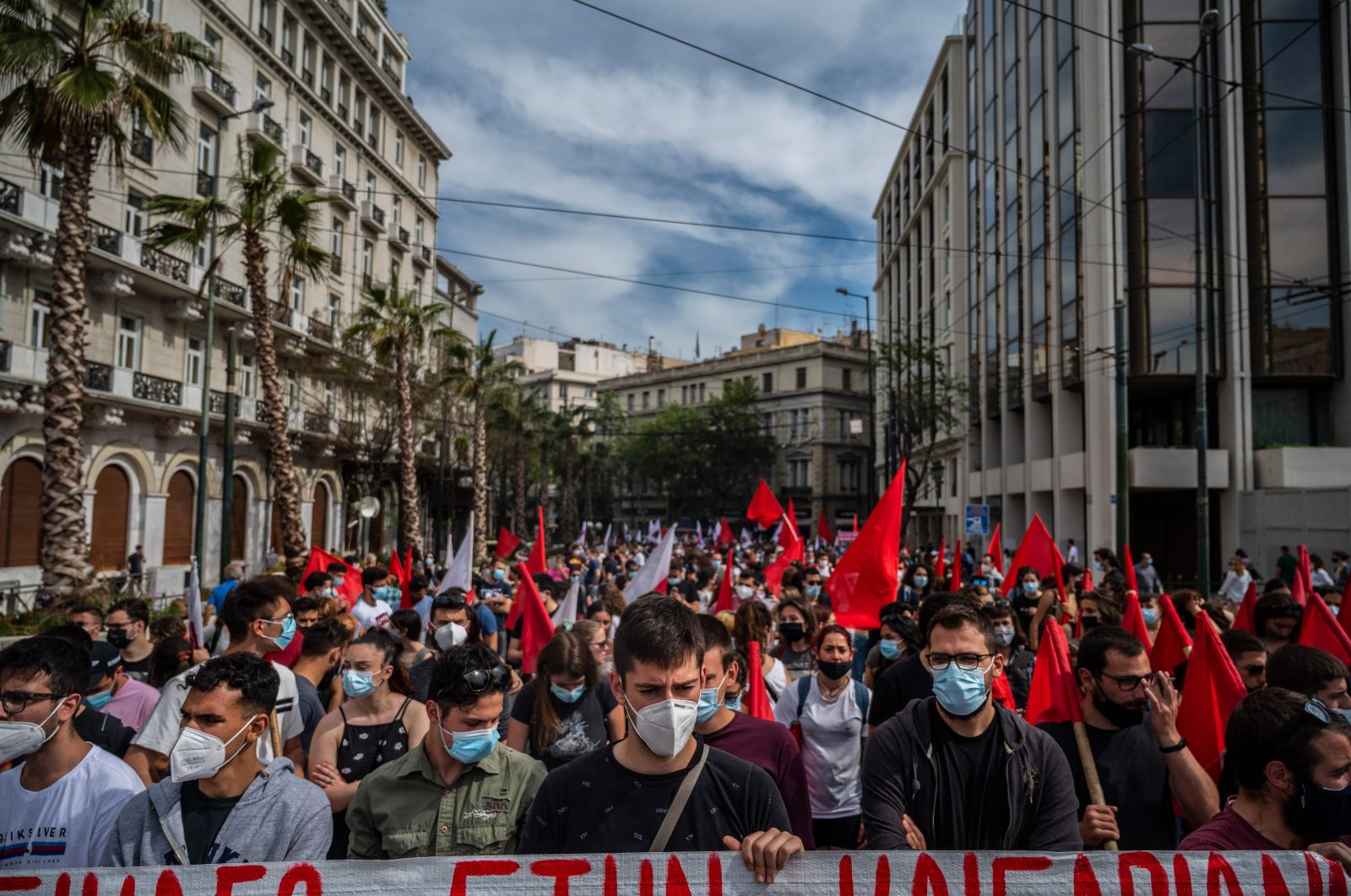 Demonstrators wearing protective face masks against the coronavirus and members of the Greek Labour Union (PAME) protest during a strike against the new Labour law, in central Athens, May 6, 2021. (AFP Photo)
by REUTERS May 06, 2021 3:21 pm
RECOMMENDED

Some parts of Athens came to a standstill, some flights got disrupted Thursday as transport workers joined a 24-hour public sector strike against a planned labor legislation.

Unions in Greece say they oppose the government labor bill because it restricts employee rights at a time when workers risk job losses due to the coronavirus pandemic. The government says the changes would give workers more flexibility.

With the subway, trains, public buses at a standstill and ferries to the islands docked at ports, many commuters were forced to drive to work, clogging major traffic arteries into the sprawling city of almost 4 million.

Police estimated about 6,500 striking workers gathered outside parliament, many waving red flags and banners reading "we won't become slaves of the 21st century."

"(The bill) constitutes ... a direct attack on employees and their rights ... at a time when the country is in a deep health and economic crisis largely due to the choices of the government," ADEDY said in a statement.

The government has rejected the claims, saying the changes aimed to increase flexibility for workers and accusing the main political opposition of misrepresenting what it seeks to do.

"The only thing this bill does is it tries to give workers and employers a degree of freedom on how to arrange the eight-hour workday," Development Minister Adonis Georgiadis told Parapolitika radio.