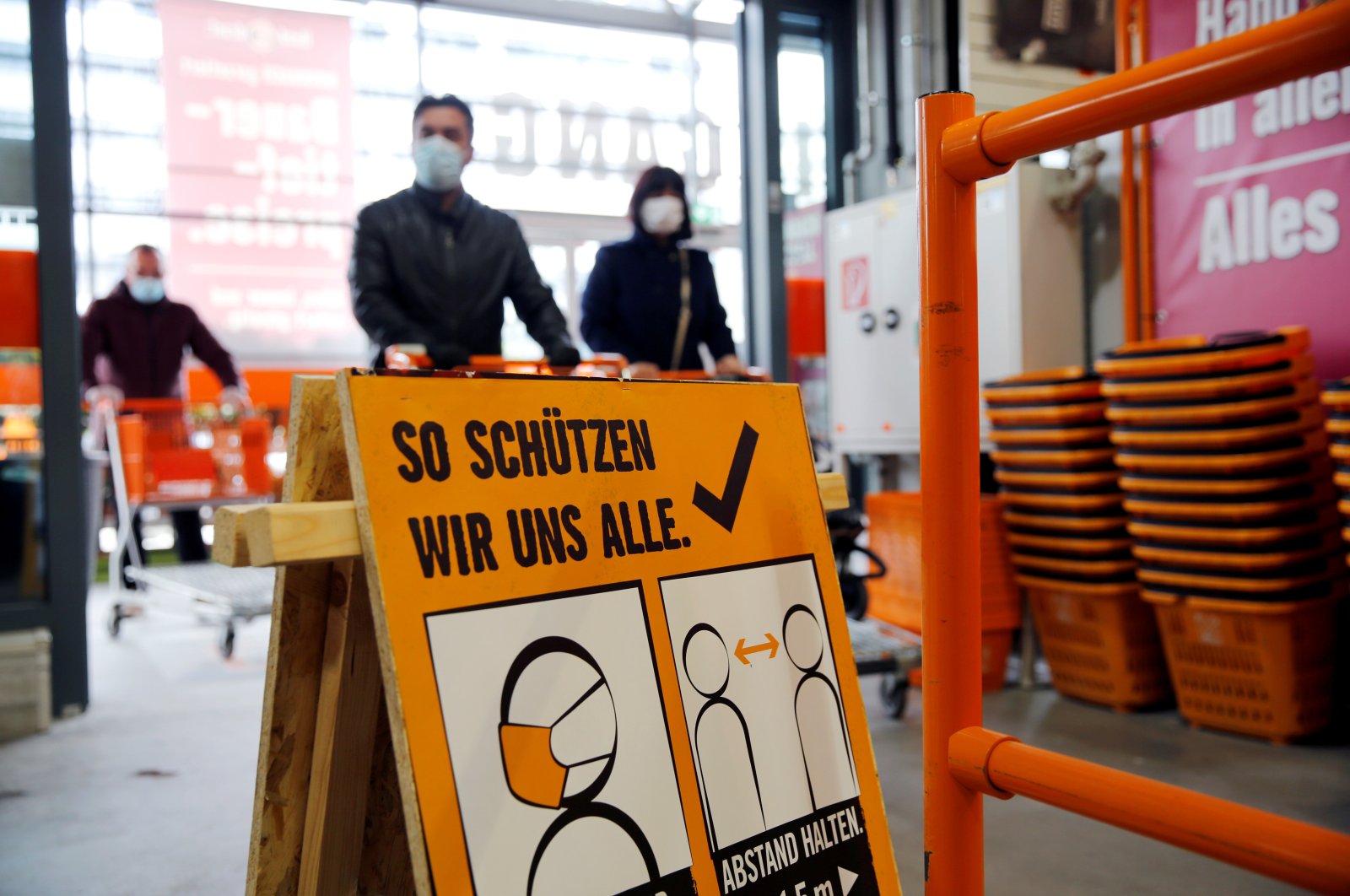 Austria followed Spain in slowly reopening some sectors, while the World Health Organization (WHO) warned the coronavirus “certainly has not peaked." Austria allowed thousands of shops to reopen, becoming one of the first countries in Europe to loosen its lockdown imposed to curb the spread of the coronavirus. It also allowed partial returns to work.

Last week, the government outlined a step-by-step plan to reopen parts of the economy, starting with shops of up to 400 square meters (4,300 square feet) – roughly twice the playing area of a singles tennis court – as well as all craft stores and garden centers on Tuesday.

They are due to be followed by shopping centers, larger shops and hairdressers on May 1.

The previously bustling center of Vienna was still quiet on Tuesday morning amid a cold snap. But craft stores were busy, with long but orderly lines of shoppers outside pushing trolleys, reflecting the modified needs of a self-isolating public.

Vienna's popular Favoriten district drew mask-clad shoppers after the government allowed some small shops as well as hardware and gardening stores to reopen across the country. But social distancing rules remained in place. Queues were staggered and one tobacco shop only served customers on the street.

"(I'm) afraid of the virus," said Fatih Altun, who runs a laptop repair shop. But he was relieved to be able to get back to work after losing some 6,000 euros ($6,600) since closing his business last month.

"I had to fire my only employee," he said.

Each week of lockdown has cost Austria's economy 0.53% of yearly gross domestic product (GDP), or 2.1 billion euros ($2.3 billion), its central bank has estimated.

"Please stay strong, please keep holding on. The crisis is far from having been overcome," conservative Chancellor Sebastian Kurz told a news conference, saying a first step had been made toward a "new normal."

Austria has been spared the worst of the virus with some 14,000 cases and over 300 deaths.

Since emerging late last year in China, the coronavirus pandemic has killed more than 120,000 and infected nearly 2 million, tipping the world toward a fierce economic recession as more than half of the globe hunkers down at home.