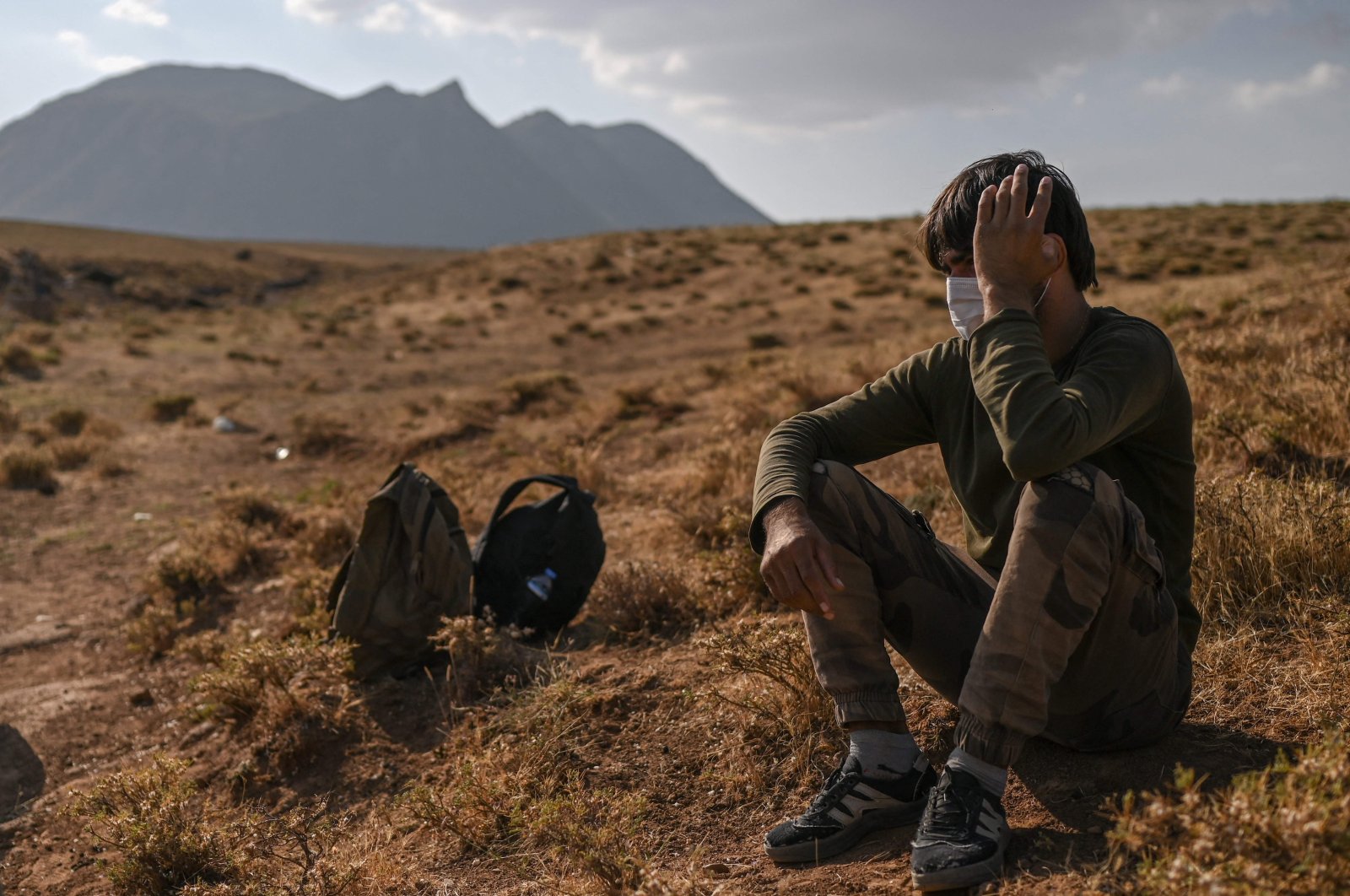 An Afghan migrant rests while waiting for transport by smugglers after crossing the Iran-Turkish border on Aug. 15, 2021, in Tatvan, on the western shores of Lake Van, eastern Turkey. (AFP Photo)
by Agencies Aug 18, 2021 4:07 pm
RECOMMENDED

Austria's interior minister said Wednesday his country is in favor of countering a possible influx of refugees from Afghanistan with on-the-spot aid and "deportation centers" in the war-torn country's neighboring region.

Austria has insisted it wants to continue to deport Afghans whose asylum claims have been rejected or who have been found guilty of crimes to discourage refugees fleeing the Taliban's takeover of Afghanistan from coming to Europe.

"It is important ... that it continues to be possible to deport violent asylum seekers or refugees, so we need these deportation centres," Interior Minister Karl Nehammer told reporters before meeting his EU counterparts. Austria under conservative Sebastian Kurz has a hardline stance on migration, at odds with the chancellor's current coalition partner, the Greens.

The Taliban seized Kabul on Sunday, taking power again in Afghanistan after two decades of war and sparking huge concerns globally about their brutal human rights record. At their first press conference, the group tried to soothe the global community, pledging to provide women with rights for education and work as well as promising to "forgive" everyone who fought on the other side of the frontline.

"The goal must be to keep the majority of people in the region," Nehammer said. The minister explained that Austria was already home to the second-largest Afghan community in the EU in relation to its own population, with 44,000 Afghans. Nehammer rejected taking on further burdens.