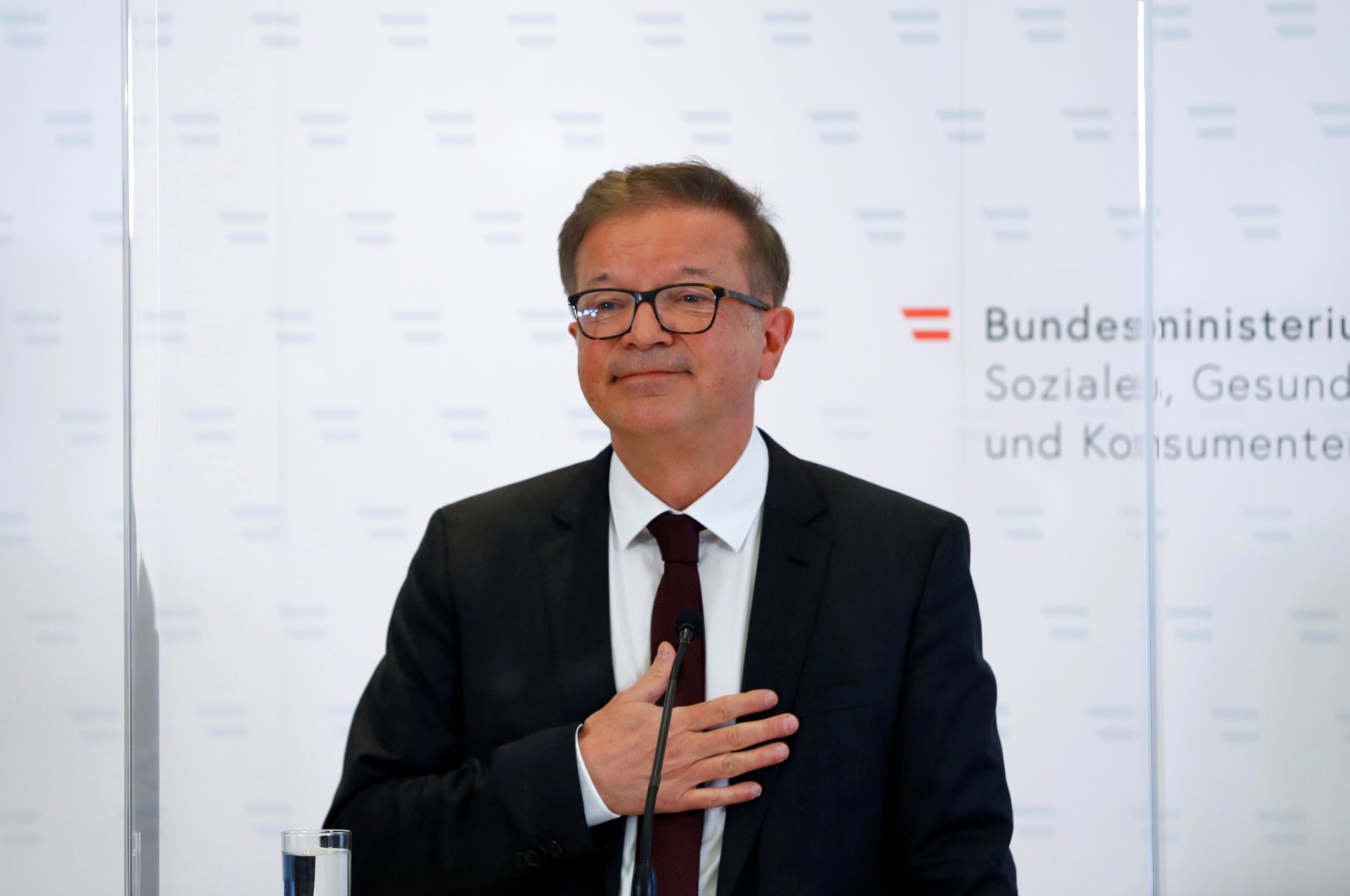 Austrian Health Minister Rudolf Anschober resigned Tuesday citing overwork and exhaustion due to the heavy burden of managing the ongoing COVID-19 pandemic in the country and its effect on his own health and conduct.

Rudolf Anschober, 60, had been health minister since January last year, when his Green party became the junior partner in an uneasy governing coalition under conservative Chancellor Sebastian Kurz. The soft-spoken minister has been one of the main faces of Austria's coronavirus response, which has gathered mixed reviews.

Anschober, who suffered burnout nine years ago, said he had suffered two episodes of sudden fatigue in the past month, as well as high blood pressure and tinnitus. He said he had "clearly overworked” and hadn't felt "completely fit” for several weeks. This wasn't burnout, he added, but doctors advised him to take a break.

"In the most serious health crisis for decades, the republic needs a health minister who is 100% fit,” Anschober was quoted by the Associated Press (AP) as saying. "I am not at the moment, and I won't be in the coming weeks if I don't pull the emergency brake.”

"This pandemic takes no breaks and so a health minister can't take a break either,” he added.

Austria was one of the first countries in western Europe to mandate the use of masks last year and was able to ease its first lockdown quickly. Like several other European countries, it has struggled to find a consistent line in the pandemic since last fall.

Austria bet heavily on opening up some sectors for people with negative tests, but hasn't been able to break a succession of lockdowns and currently has an infection rate significantly higher than neighboring Germany's.

"On the whole, I think we have done good work,” Anschober said. "In a pandemic, no one is free of mistakes. Everyone makes mistakes. ... We were in uncharted territory.”

"My impression is that it isn't 15 months, more like 15 years,” he said of his time in office.

He warned the pandemic was still in full swing and should not be "underestimated."

"We are not out of the woods yet," he said, becoming emotional as he thanked friends and colleagues.

Anschober, a former journalist and schoolteacher, had seen his profile rise rapidly during the crisis, even eclipsing the popularity of his boss mid-last year as Austria managed to keep the pandemic relatively at bay during the first wave. He is one of the country's most popular politicians, known for his long, patient explanations of the pandemic's challenges, often while holding up large printouts of charts.

Anschober told Agence France-Presse (AFP) in an interview last year how helping steer the country through the pandemic had been "quite a challenge," including curtailing freedoms normally defended by the Greens, such as those of movement and assembly.

Its capital Vienna and two other adjacent provinces have been under lockdown since early April as intensive care units have been filling up rapidly.