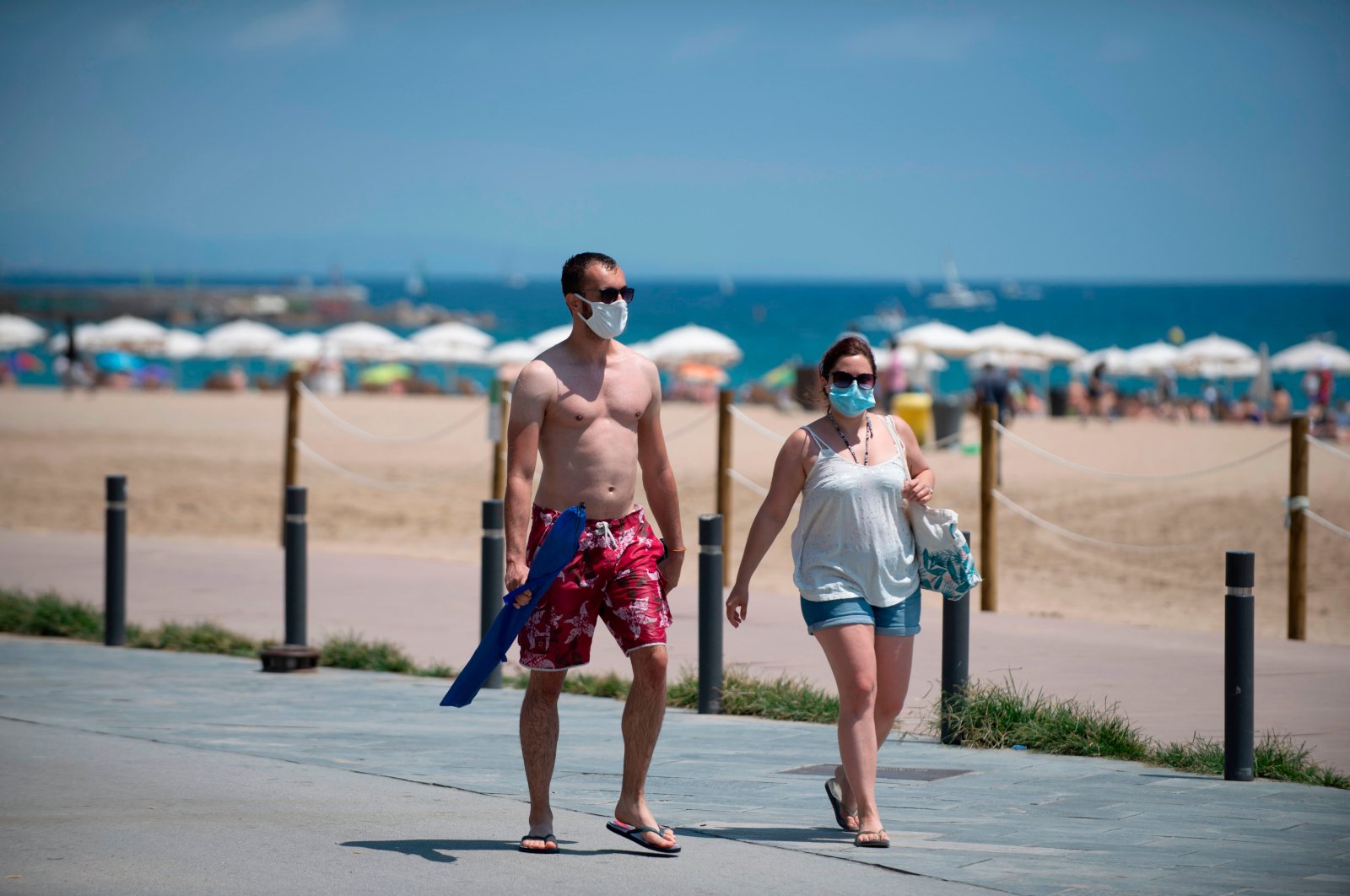 Barcelona's streets were largely empty on Saturday, with millions of people instructed to stay at home as new coronavirus restrictions came into effect following a spike in the number of infections in the region over the past week.

"It's a disaster," wails Maria Quintana, looking at her empty bar terrace by the Sagrada Familia in Spain's second city where the number of new cases has tripled to 800 in a week.

In an announcement on Friday, the Catalan regional government urged nearly 4 million residents of metropolitan Barcelona to stay home unless absolutely necessary, banning gatherings of over 10 people and shutting cinemas, theaters and nightclubs.

"We'd just started to see things coming back to life with the arrival of a few foreign tourists, so this is a step backward," said Quintana, 35.

With a ban on counter service, there are no stools at the bar, and there were no customers outside either, where the tables were well spaced.

"If they impose another lockdown and force us to close, I will drop the blind, but it might as well be dropping the blade of a guillotine on my own neck because we won't be able to survive," the bar owner said.

The new restrictions came barely four weeks after Spain ended its state of emergency when its 47 million residents were subjected to one of the world's toughest lockdowns to slow the spread of a virus that has killed more than 28,400 people in the country.

The national lockdown, which also saw Spain's borders closed, caused huge economic damage, particularly to the tourism sector which had hoped to recoup some of its losses over the summer.

But by Saturday morning, there were barely any tourists outside the Sagrada Familia, one of Spain's most-visited landmarks and most of those were unaware of the new restrictions.

"There are not lot of people in the street, but we did not know," said 23-year-old Karolina Kapounova from the Czech Republic, sweating behind a face mask which is now obligatory in public at all times in most of Spain's regions.

"I don't think we will change our schedule... But with (your) mouth covered all the time and the heat, it's a bit bothersome."

"You see some tourists but only a few of them. And then they come and see that the Sagrada Familia is shut and that the bus isn't working," says Joan Lopez, 39, who runs a kiosk opposite the imposing basilica.

Although the city "needs tourism like the air that we breathe," Lopez said he is relieved the authorities are taking strict measures to reduce the virus.

"Today the city seems empty, but that's because they all went away for the weekend... before they shut us in."

Although the regional government asked residents not to leave for second homes, traffic authorities registered the departure of 350,000 vehicles heading for nearby coastal areas.

"It's a mistake," warned Dr Jacobo Mendioroz, the region's COVID chief, in remarks to the RAC1 radio station.

"The next step will be (mandatory) home confinement."

Olga Torres, who is having a drink with a friend on a bar terrace, hopes it will not come to that.

"It's not funny, the thought that they could lock us down again, but I think they'll consider it very carefully because, economically, it would spell catastrophe," said Torres, 55.

The surge in new cases has led to fierce criticism of Catalonia's pro-independence regional government for not being better prepared.

During the lockdown, the Catalan leadership had bitterly criticized the central government in Madrid, insisting they would have done a much better job if they had been independent.

"Bad management has landed us with a new confinement order," read an editorial in the Ara daily, which is close to the separatist movement.