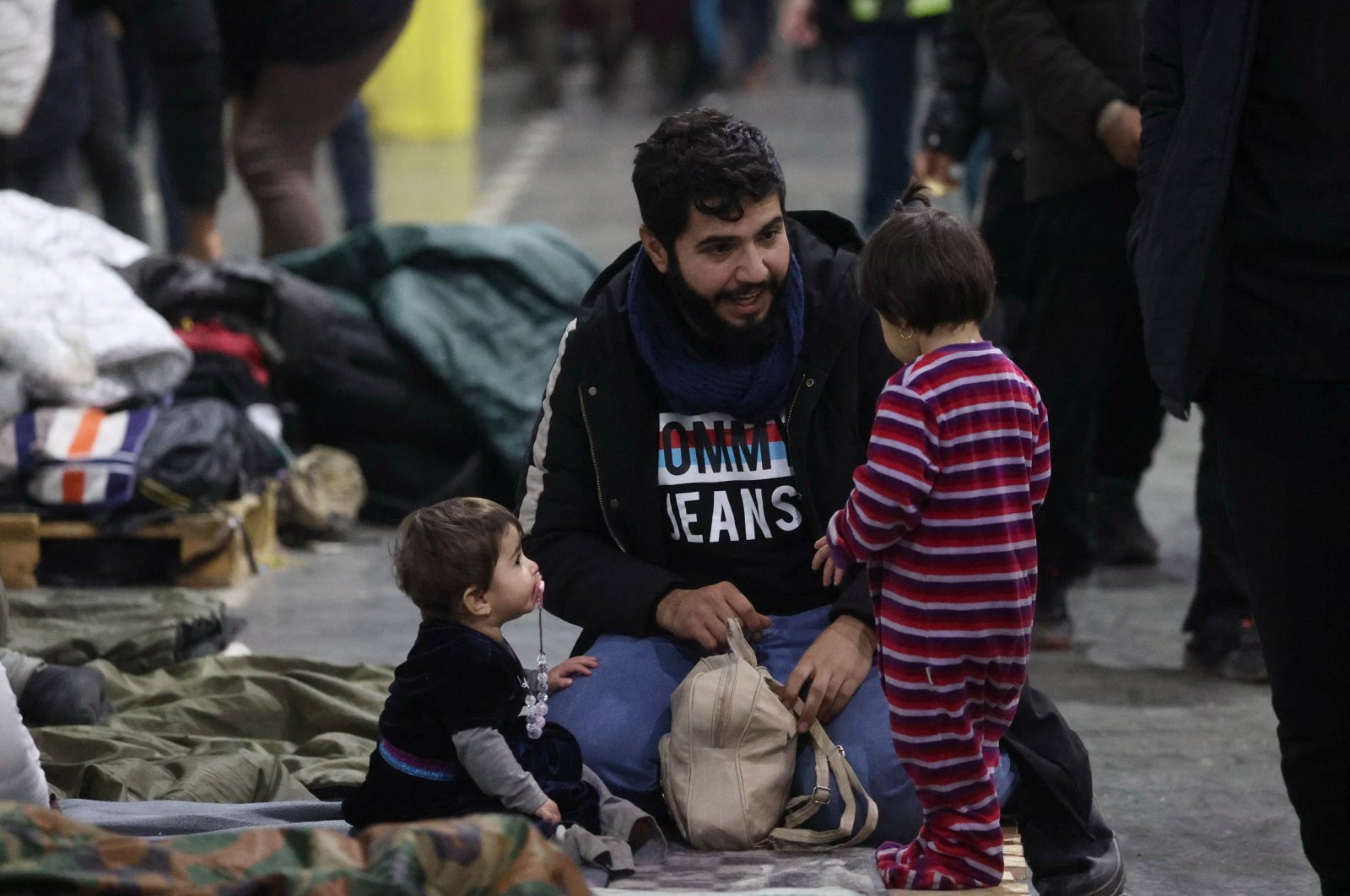 Migrants stay in the transport and logistics center Bruzgi on the Belarusian-Polish border in the Grodno region, Belarus, Nov. 21, 2021. (Reuters Photo)
by REUTERS Nov 22, 2021 12:55 pm
RECOMMENDED

Belarus does not seek any confrontation with Poland but the country still wants an answer from the EU on the fate of 2,000 stranded migrants, President Alexander Lukashenko was quoted as saying by the Belta news agency on Monday.

The EU accuses Belarus of flying in thousands of people from the Middle East and pushing them to cross into the EU via Poland, Lithuania and Latvia in response to European sanctions. Minsk denies fomenting the crisis.

Polish Prime Minister Mateusz Morawiecki warned on Sunday that the migrant crisis on the Belarus border may be a prelude to "something much worse," and Poland's border guard said Belarusian forces were still ferrying migrants to the frontier.

Lukashenko, as quoted by state-owned Belta, said he did not want things to escalate.

"We need to get through to the Poles, to every Pole, and show them that we're not barbarians, that we don't want confrontation. We don't need it. Because we understand that if we go too far, war is unavoidable," he said.

"And that will be a catastrophe. We understand this perfectly well. We don't want any kind of flare-up."

Lukashenko also said he insisted Germany take in some migrants and complained that the EU was not making contact with Minsk on the issue.

A makeshift migrant camp on Belarus' border with Poland has been cleared, Minsk said Thursday, as hundreds of Iraqis returned home after abandoning their hopes of reaching the European Union – repatriation that came after tensions at the Polish eastern crossing, where thousands of migrants had become stuck in a cold and soggy forest.