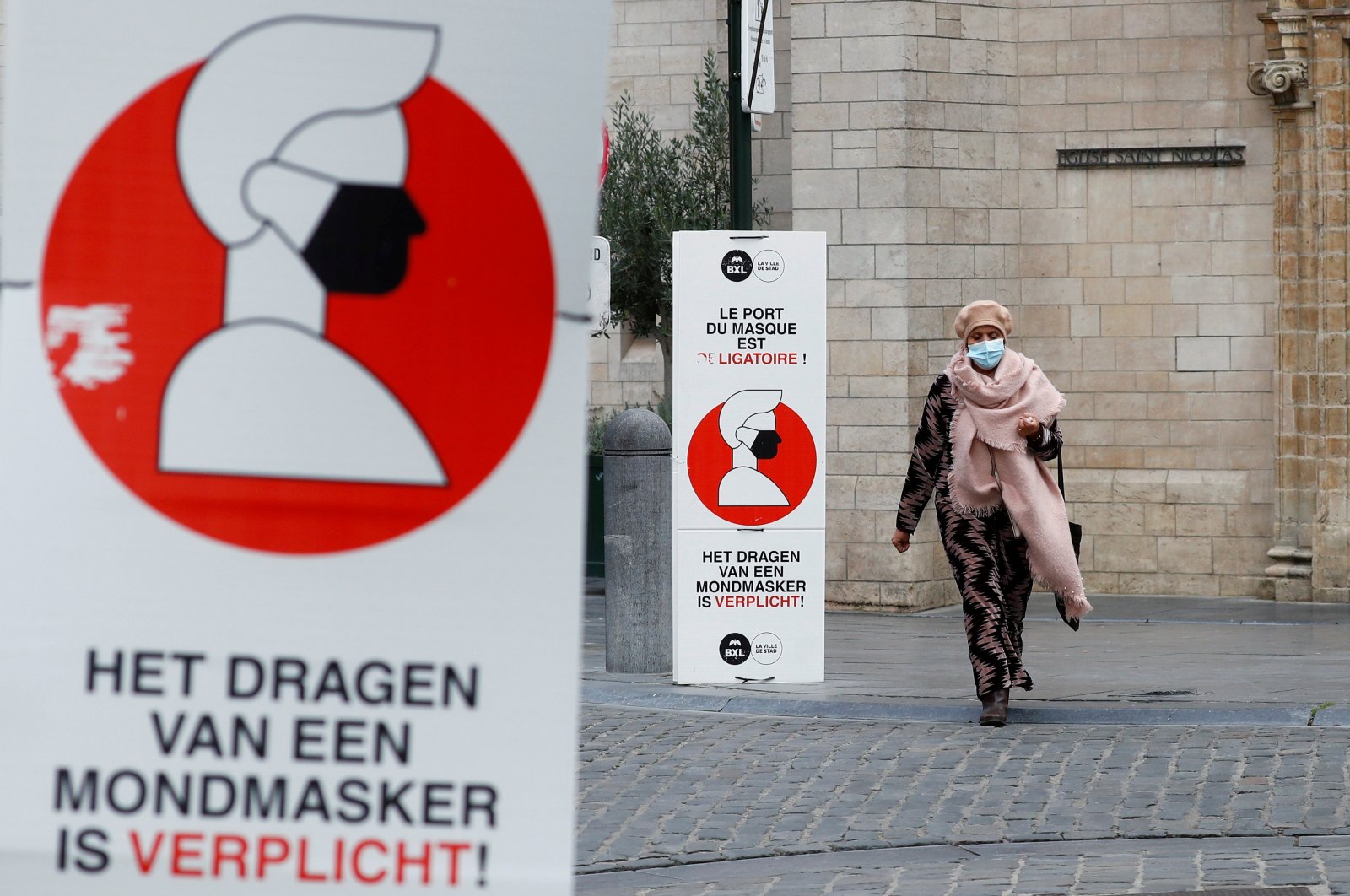 A woman walks past a sign announcing the mandatory use of masks in central Brussels as Belgian government meets to announce new restrictive measures after a spike of coronavirus disease (COVID-19) infections, Belgium Oct. 16, 2020. (Reuters Photo)
by REUTERS Oct 16, 2020 4:16 pm
RECOMMENDED

Belgium is expected to tighten restrictive measures at a government meeting on COVID-19 on Friday as infections soar and hospitals risk running out of beds.

Health experts said earlier that stricter measures were due.

The measures are expected to include reducing to just one the number of people Belgians can see in close proximity outside their homes and enforcing work from home for most employees.

Belgium could also follow neighbors France in imposing a nighttime curfew and reduce opening hours for bars and restaurants or even close them as the Netherlands has done.

It is also expected to introduce a color-coded "barometer", with rules according to whether a region is green, orange, or red.

Five weeks after reopening, Belgian universities will have to switch mostly to online teaching from Monday, although schools will remain open for now.

The nation of 11 million people has Europe's second-highest infection rate per capita after the Czech Republic. New infections are doubling every week, hitting a peak of 8,500 on Monday and probably more than 10,000 on Tuesday.

In Brussels, home to European Union institutions and the headquarters for Western military alliance NATO, 20% of tests turn out positive.

The number of patients in intensive care units (ICUs) has doubled over 11 days to 327 on Thursday.

Belgium's maximum capacity of 2,000 ICU beds might be fully exhausted by mid-November at the current rate of increasing infections, health authorities have said.

COVID-19 has claimed 10,283 lives in Belgium, one of the highest per-capita fatality rates in the world.