Belgrade 'not happy' with Israel's decision to recognize Kosovo 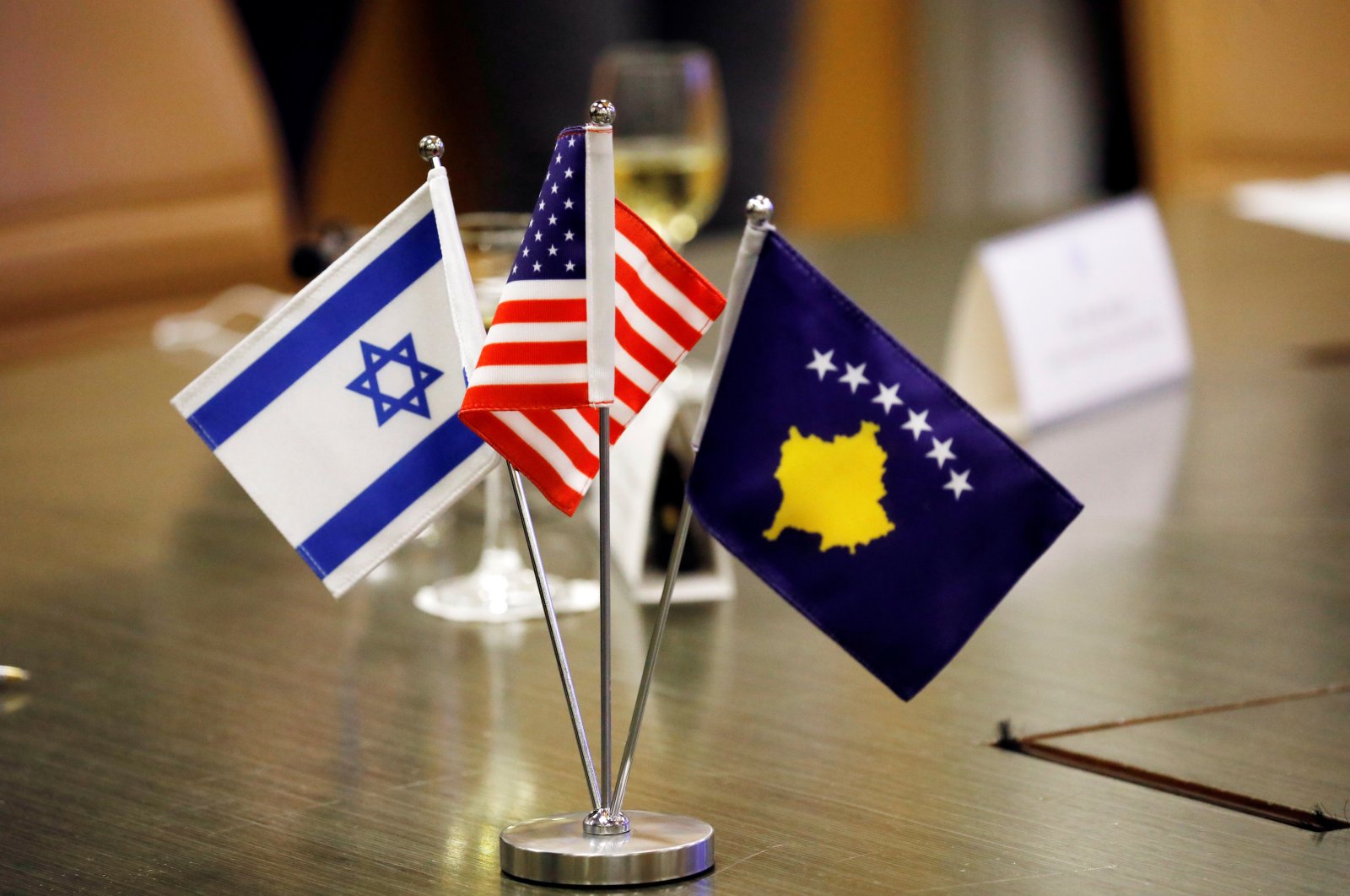 The flags of Israel, Kosovo and the U.S. are seen on a desk during a virtual ceremony to sign an agreement establishing diplomatic relations between Israel and Kosovo in the Israeli foreign ministry in Jerusalem February 1, 2021. (Reuters Photo)
by French Press Agency - AFP Feb 02, 2021 4:50 pm
RECOMMENDED

The Serbian foreign ministry said Tuesday that Belgrade is "not happy" with Israel's decision to recognize Kosovo after Pristina and Tel Aviv signed an agreement, establishing diplomatic relations between two countries.

The reaction came a day after Kosovo – a former Serbian province whose statehood Belgrade denies and has waged a diplomatic battle to de-legitimize – inked the deal, in what was a major victory for Pristina's efforts to gain full global recognition of the independence it declared in 2008 following a war with Serbia in the 1990s.

Kosovo has since been recognized by much of the Western world, but its rejection by Serbia's key allies Russia and China has locked it out of the United Nations. Until Monday, Israel was another key holdout on Belgrade's side.

"We have invested serious efforts in our relations with Israel in recent years and we are not happy with this decision," Serbian Foreign Minister Nikola Selakovic said Tuesday on public broadcaster RTS. Israel's move will "undoubtedly influence relations between Serbia and Israel," he added.

Since establishing ties in 1991, the countries have maintained good relations with growing Israeli investment in the Balkan state. In exchange for Israel's recognition, Kosovo also became the first Muslim-majority territory to recognize Jerusalem as the Jewish state's capital.

"Kosovo's commitment in question is in violation of international law, in particular U.N. resolutions adopted on this matter," Foreign Ministry spokesperson Hami Aksoy said in a written statement Monday.

The establishment of relations between Kosovo and Israel was preceded by agreements on the normalization of relations reached in recent months between the Jewish state and four Arab countries, the United Arab Emirates (UAE), Bahrain, Sudan and Morocco. The deal was brokered last year by the administration of former U.S. President Donald Trump.

The majority-Muslim parties to those accords have all said their diplomatic missions will be in Tel Aviv, in line with a global consensus against recognizing Jerusalem as Israel's capital until the Palestinian conflict is resolved.