Turkey criticizes Kosovo for pledge to open embassy in Jerusalem 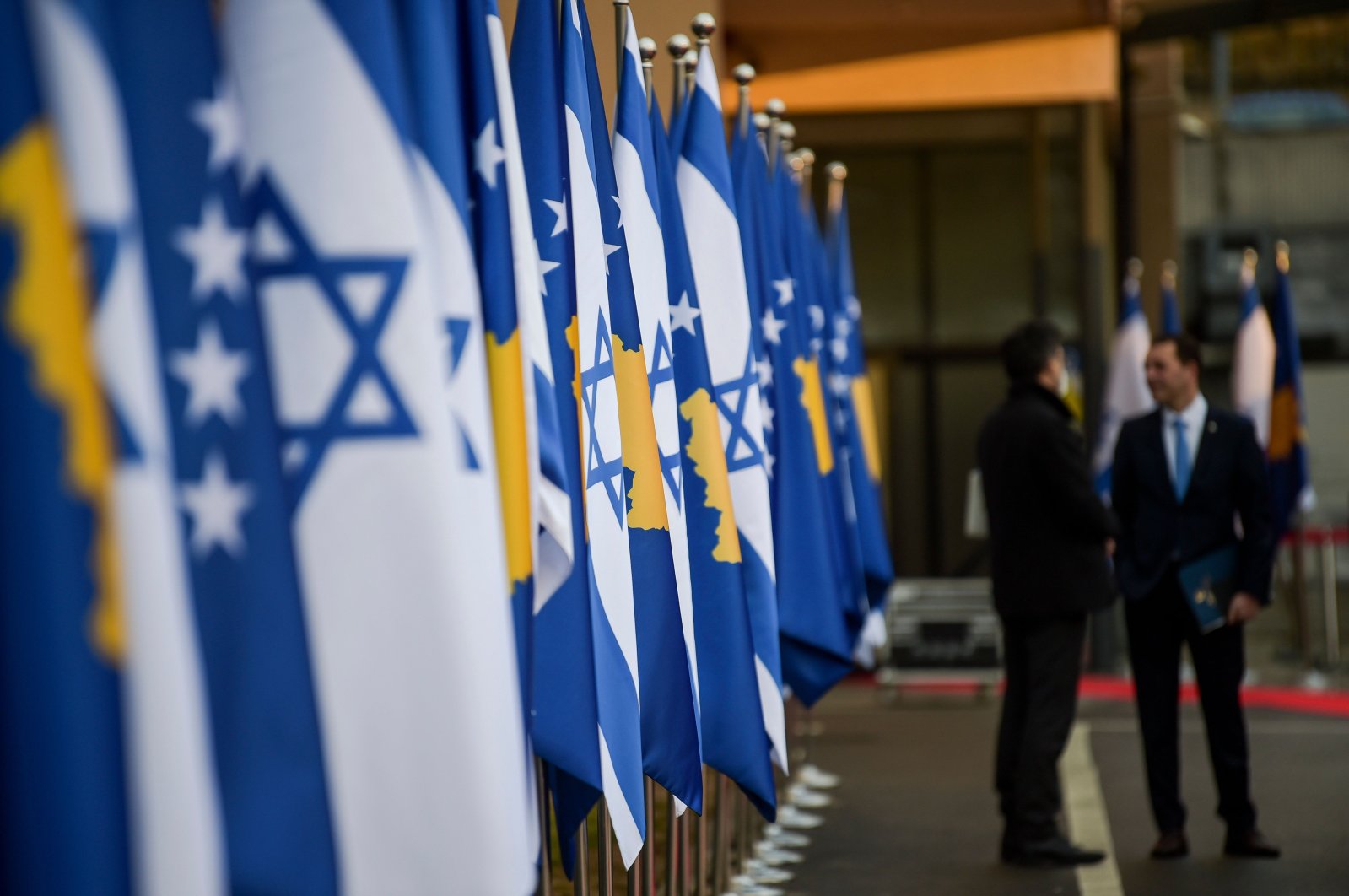 Kosovo's government officials stand in front of the flags of Kosovo and Israel, displayed during a ceremony at the headquarters of the Foreign Ministry in Pristina, Kosovo, Feb. 1, 2021. (AFP Photo)
by DAILY SABAH WITH AGENCIES Feb 02, 2021 10:32 am
RECOMMENDED

Turkey criticized Kosovo for pledging to open an embassy in Jerusalem, saying that it violates United Nations resolutions and international law.

"Kosovo's commitment in question is in violation of international law, in particular U.N. resolutions adopted on this matter," Foreign Ministry spokesperson Hami Aksoy said in a written statement Monday.

Kosovo and Israel officially established diplomatic relations with an agreement inked on Monday.

Aksoy added that the step taken by Kosovo would not serve the Palestinian cause and would harm the two-state solution vision.

When it happens, Kosovo will be the third country to open an embassy in Jerusalem after the U.S. and Guatemala.

The establishment of relations between Kosovo and Israel was preceded by agreements on the normalization of relations reached in recent months between the Jewish state and four Arab countries, the United Arab Emirates, Bahrain, Sudan and Morocco.

In 2017, two-thirds of U.N. member states rejected then-President Donald Trump's decision to have the U.S. recognize Jerusalem as Israel's capital. In all, 128 nations voted to maintain the international consensus that Jerusalem's status can only be decided through peace negotiations between Israelis and Palestinians. Only eight countries stood with the U.S. in voting no on the resolution held in the U.N. General Assembly (UNGA), among them Guatemala and fellow Central American country Honduras.

Turkey expressed outrage over the decision, as authorities pointed to Jerusalem as a "red line" for the country.

Ankara responded to the so-called "Deal of the Century" by U.S. President Donald Trump, stating that the people and land of Palestine were not for sale.

Turkey was one of the first countries to recognize Kosovo, which declared its independence from Serbia in 2008 and supported the country to be recognized by the international community.