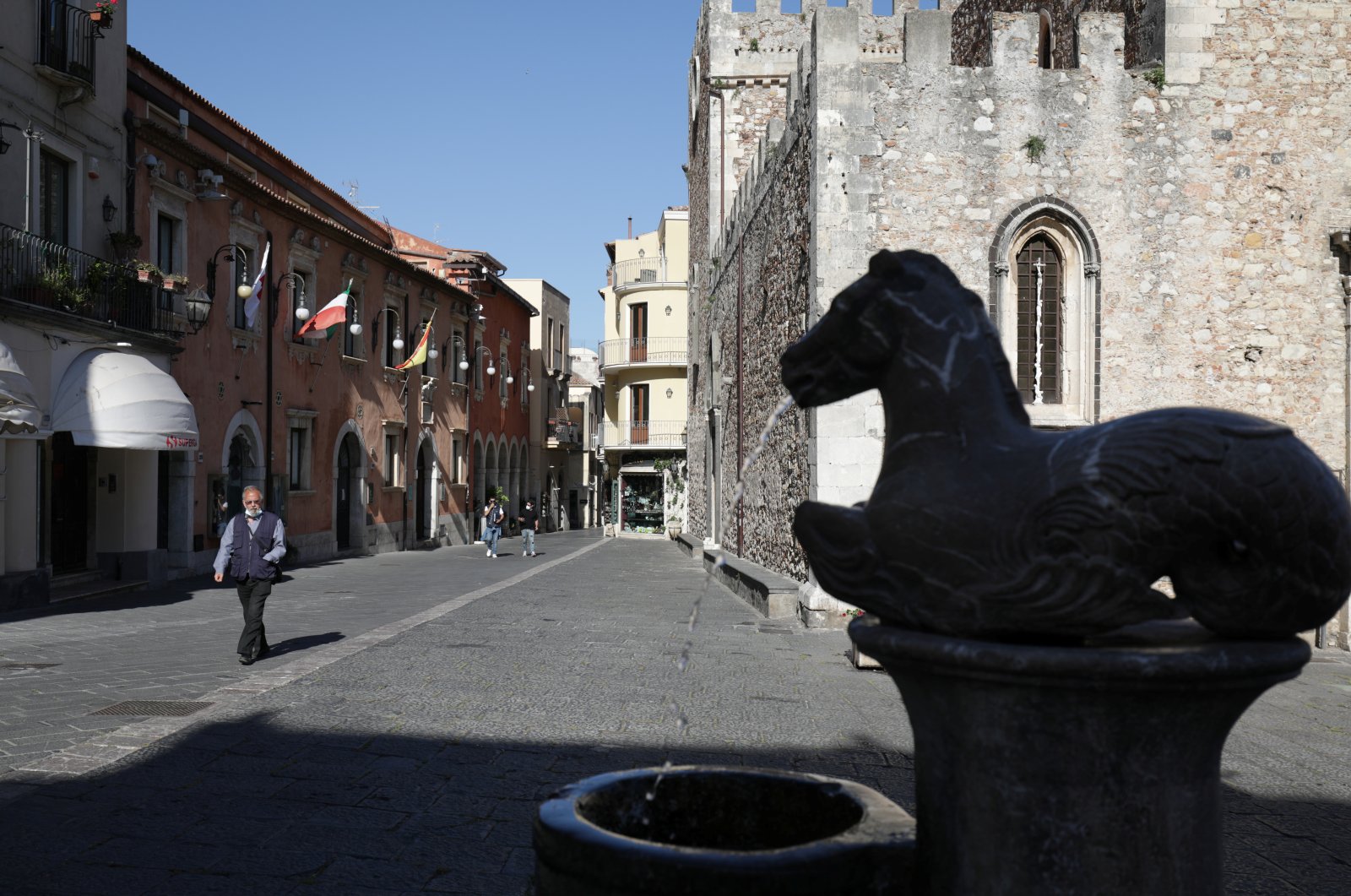 People with face masks walk in a deserted street, as Italy begins to ease some of the restrictions of the coronavirus disease (COVID-19) lockdown, in Taormina, Italy, May 12, 2020. (REUTERS Photo)
by ASSOCIATED PRESS May 12, 2020 7:52 pm

A big jump in confirmed COVID-19 cases in Italy’s hardest-hit region has contributed to the country’s highest day-to-day increase in several days.

According to Health Ministry data, 1,033 cases have been confirmed in Lombardy since Monday evening, accounting for the majority of Italy’s 1,402 new cases. In contrast, the last few days had seen Lombardy’s daily new caseload running in the few hundreds.

Authorities registered 172 deaths in infected patients in the 24-hour period ending Tuesday evening, raising to 30,911 the confirmed death toll. Nearly half of those deaths have occurred in Lombardy, where the country’s outbreak began in late February.

Health officials are anxiously awaiting daily case numbers later in the week to determine if a partial lifting of lockdown restrictions on May 4 caused any rise in contagion rates.