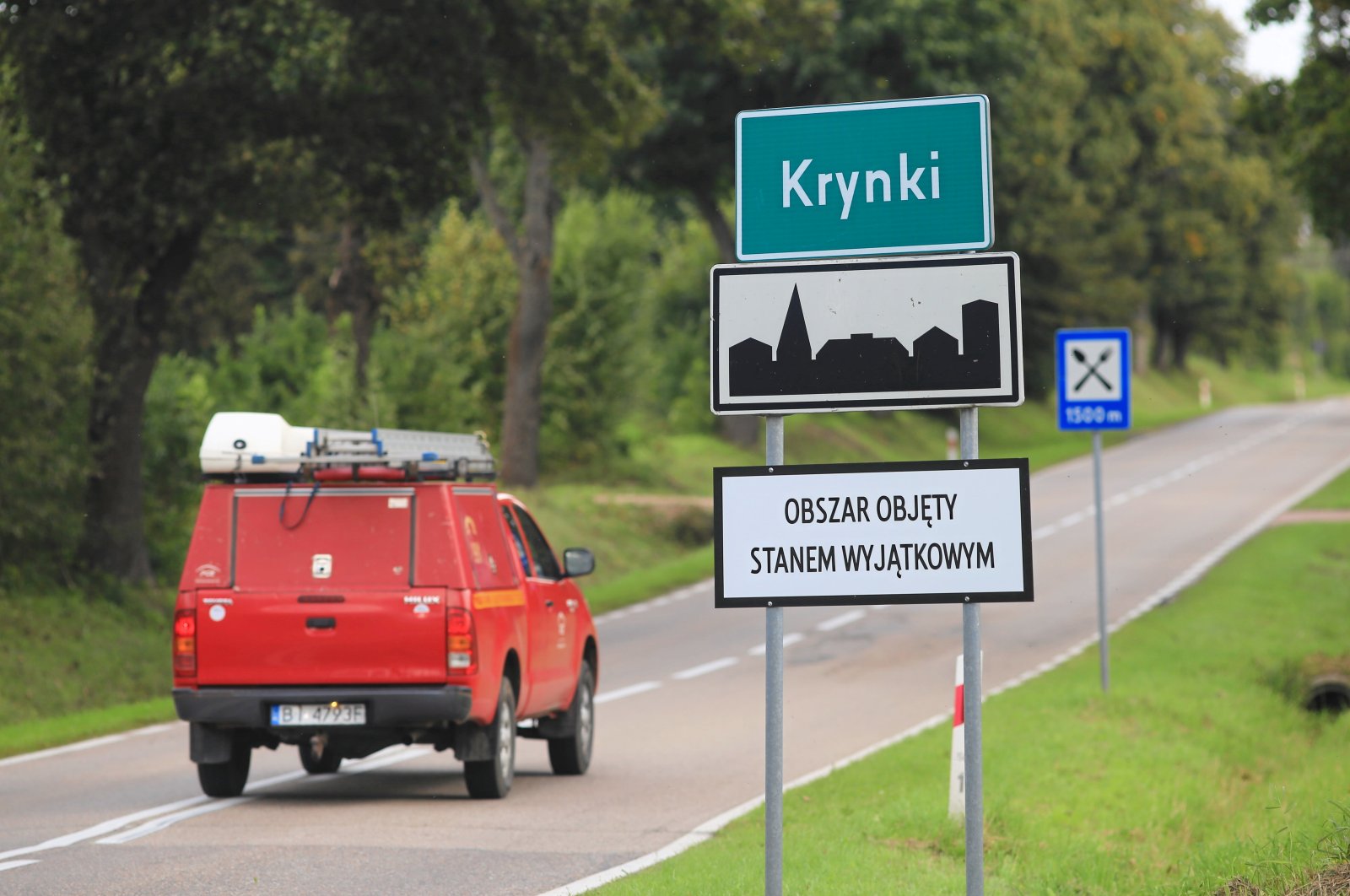 In one case, local police spokeswoman Edyta Pacuk told regional Radio 5 that residents picking mushrooms in the forest near Poland's border with Belarus and Lithuania came across three Iraqi men, one of whom was dead. The two other men were taken into police custody and hospitalized.

Border Guards spokeswoman Anna Michalska told The Associated Press that the bodies of two other foreigners were also found near the border with Belarus.

Prosecutors have opened investigations into the three deaths, the Border Guards said on Twitter.

In a separate incident, eight migrants — three women and five men — who got stuck in the swamps near Poland's border with Belarus were saved Sunday by the joint efforts of Poland's border guards, police, firefighters, military and airborne ambulance service, Michalska told Polish media. Seven of the migrants were taken to the hospital.

Michalska said over 3,800 attempts at illegal crossings from Belarus have been foiled so far in September, over 320 on Saturday alone.

Meanwhile, Belarus officials discovered the body of a dead Iraqi woman on its border with Poland after Warsaw implemented a state of emergency following a surge in migrants.

"Today, on September 19, the body of a woman of non-Slavic appearance was discovered within a meter of the Belarus-Poland border," a border official told state news agency Belta.

The acting head of the "Usovo" border post, Yevgeny Omes, said there were "clear signs" on the ground of the body being "dragged" from Poland into Belarus.

Belta said that three children, a man and an elderly woman were found near the body. They are all Iraqi citizens, Belta added.

Belta reported that the dead woman's husband said that Polish law enforcement drove them to the border and "under threat" forced them to cross over to the Belarusian side.

Poland last week imposed a 30-day emergency measure that bans non-residents from the area along its border with Belarus, the first time the country has used such measures since the fall of Communism in 1989.

It has also sent thousands of soldiers to the border and started building a barbed-wire fence.

In early August, Belarus said it discovered a dead Iraqi man near its border with Lithuania, claiming he was murdered.

Western governments have slapped Belarus with several sets of sanctions over a crackdown on dissent that began when protests erupted across the country following a disputed election last year.

Poland and Lithuania are building razor wire fences, have increased border patrols and have introduced a temporary state of emergency along their borders to stop illegal migration.