Bosnian authorities crack down on migrants amid growing tensions 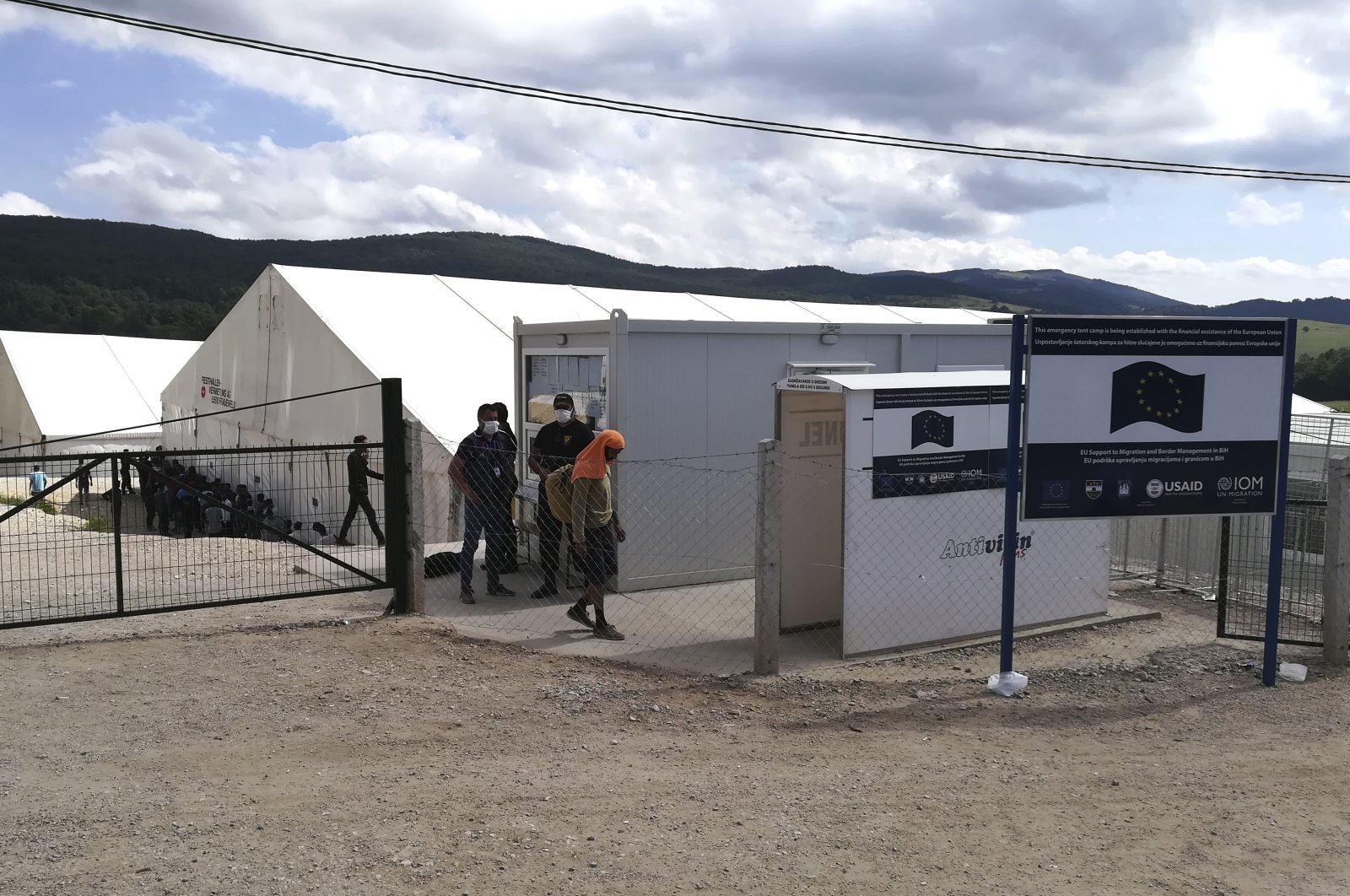 Tensions are growing in northwestern Bosnia-Herzegovina after local authorities launched a widespread crackdown on thousands of migrants stranded in the area and set up police roadblocks to prevent more Europe-bound newcomers from arriving.

Authorities in the country's Krajina region, which borders European Union-member Croatia, had to dispatch special police forces Wednesday night to a U.N.-run migrant camp near the town of Bihac to calm a protest by 1,000 migrants who live there, sparked by the alleged police beating of an unhoused migrant.

The staff of the International Organization for Migration (IOM), which is running all seven migrant camps in Bosnia-Herzegovina, withdrew from the tent camp of Lipa before special police arrived. Officers fired several warning shots into the air to quell unrest by groups of stone-throwing migrants.

Meanwhile, in two other migrant camps in Bihac, each housing over 1,000 single men, eight migrants tested positive for coronavirus this week – the first time that infections were found in the IOM-registered facilities in the country. The infected migrants, all with mild cases, were transferred to Bihac's public hospital, a move that upset residents. Public anger grew further after authorities announced that two infected migrants escaped from isolation and fled.

Authorities in Krajina have grown increasingly hostile to the thousands of migrants trapped in their region, particularly to an estimated 1,500 who are sleeping outdoors in squalid, unsanitary conditions in Bihac and several other border towns.

The hostility has sparked a proliferation of vocal vigilante groups that are threatening migrants with violence and expulsion.

This year, some 10,500 migrants and refugees have entered Bosnia-Herzegovina, which has never truly recovered from its brutal 1992-95 war. That compares to just 755 migrant arrivals for all of 2017.

Frustrated that other parts of the country are not sharing the load of a lingering migration crisis and emboldened by public support, Krajina authorities decided last week to prevent all new migrant arrivals. Police officers on the main highway now stop and turn back any migrants they encounter.

In response, police forces of adjacent regions started blocking migrants from walking back to their areas.

Since the standoff began this week, several hundred people, including women and children, were taken off buses and trains and left trapped by the side of a road near the town of Bosanska Otoka with no access to food or shelter.

Krajina authorities have also imposed a ban on transporting migrants, including in public transport or taxis, a ban on migrants gathering in public places and a ban on providing migrants with private accommodation. Amnesty International has described the moves as "discriminatory and reckless."

Bosnia-Herzegovina in 2017 became a bottleneck for thousands of migrants from the Middle East, Asia and North Africa seeking better lives in Europe when other nations closed off migration paths.

Initially, most migrants who entered Bosnia-Herzegovina were there temporarily, eventually managing to cross into Croatia. However, Croatia, which shares a highly porous 1,000-kilometer (620-mile) border with the Balkan country, has taken additional steps to prevent cross-border movement, including erecting fences at some border crossings.