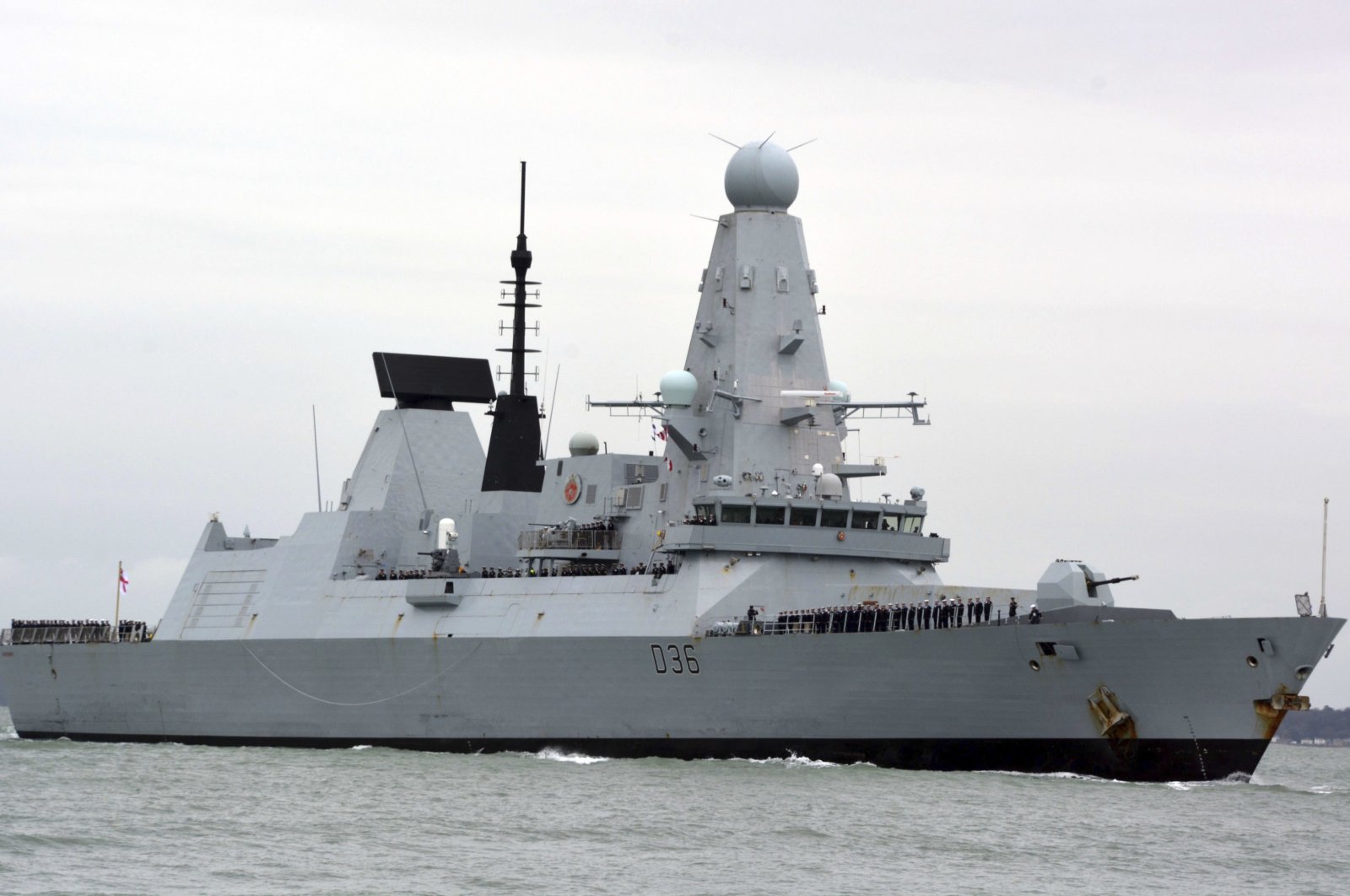 Less than a day after the incident involving the HMS Defender and Russian forces, a British minister stated that the Royal Navy destroyer could sail again through the disputed waters around Crimea.

British Environment Secretary George Eustice dismissed Thursday Russian claims that warning shots were fired at the warship but admitted Moscow may have been trying to make a point by staging a "gunnery exercise" in the vicinity. Dramatic eyewitness accounts revealed the Type 45 destroyer was buzzed by Russian military jets and the sound of naval gunfire could be heard as it sailed from Odessa in Ukraine to Georgia on Wednesday.

Eustice told Sky News: "Under international law, you can take the closest, fastest route from one point to another. HMS Defender was passing through Ukrainian waters, I think on the way to Georgia, and that was the logical route for it to take."

"This is a very normal thing, it's quite common actually. What was actually going on is the Russians were doing a gunnery exercise, they had given prior notice of that, they often do in that area. So, I think it's important people don't get carried away," he added.

Asked if the government would do it again, he said "of course, yes," adding, "We never accepted the annexation of Crimea, these were Ukrainian territorial waters."

According to Deutsche Presse-Agentur (dpa), Eustice said that, while the gunner exercise was the "official reason" given for the Russian activities, "whether that was cover for them to try and make some point, we don't know."

The British Ministry of Defense denied claims from Moscow that shots were fired by a Russian patrol boat toward the HMS Defender and that a warplane dropped four high explosive fragmentation bombs in its path during its passage through the Black Sea. The move has put a further strain on already difficult diplomatic relations between London and Moscow.

The former first sea lord told LBC, "The bottom line is Putin is an expert at disinformation and his actions are very reckless, and we've seen that now for three or four years." He said Putin's behavior is "appalling" and "there's no doubt the Defender was asserting her right of innocent passage from one port to another." He added: "Putin wants to play to his home audience, he wants to tell them 'aren't I tough, look at that, I've made Britain go away,' and that's why I think they lied about firing warning shots at the Defender – which they didn't do.

"As per usual, I'm afraid, Putin's organization is lying about that. I would say it's the behavior of a rogue state, but Russia shouldn't be a rogue state."

Former head of the Army General Lord Dannatt said Putin is "testing the will of the West." He told Sky News: "I'm a little bit surprised that the Ministry of Defense is playing it down. It was unreasonable of the Russians to challenge HMS Defender in the way that they did. The underlying point is that there are international laws that must be upheld by everyone and HMS Defender had the absolute right to be where she was yesterday."

The latest flare-up comes amid months of tensions between Moscow and the West following a buildup earlier this year of Russian forces on the border with Ukraine. The Kremlin – which annexed Crimea in 2014 – has been riled by the movement of NATO warships in the Black Sea seen as offering support to Ukraine.

The Russian ambassador to Britain, Andrei Kelin, described the incident as "regrettable" and claimed the HMS Defender had been 3 kilometers (1.8 miles) inside Russian territorial waters. He told Channel 4 News: "He did not respond to several warnings, at least the warnings were issued every 10 minutes while he was going into the waters, deep into the waters. And then it was stopped by means that were available." To underline Moscow's point, the Russian Embassy chose a picture of Crimea as its daily post of a "Russian" landscape.

Meanwhile, Russian Deputy Defense Minister Sergei Ryabkov warned Thursday that "the inviolability of the Russian borders is an absolute imperative,” and said that it will be protected "by all means, diplomatic, political and military if needed,” according to remarks carried by The Associated Press (AP). Asked what Russia would do to prevent such intrusions in the future, Ryabkov told reporters it would stand ready to fire on target if warnings don't work.

"We may appeal to reason and demand to respect international law,” Ryabkov said in remarks carried by Russian news agencies. "If it doesn’t help, we may drop bombs and not just in the path but right on target if colleagues don’t get it otherwise.”