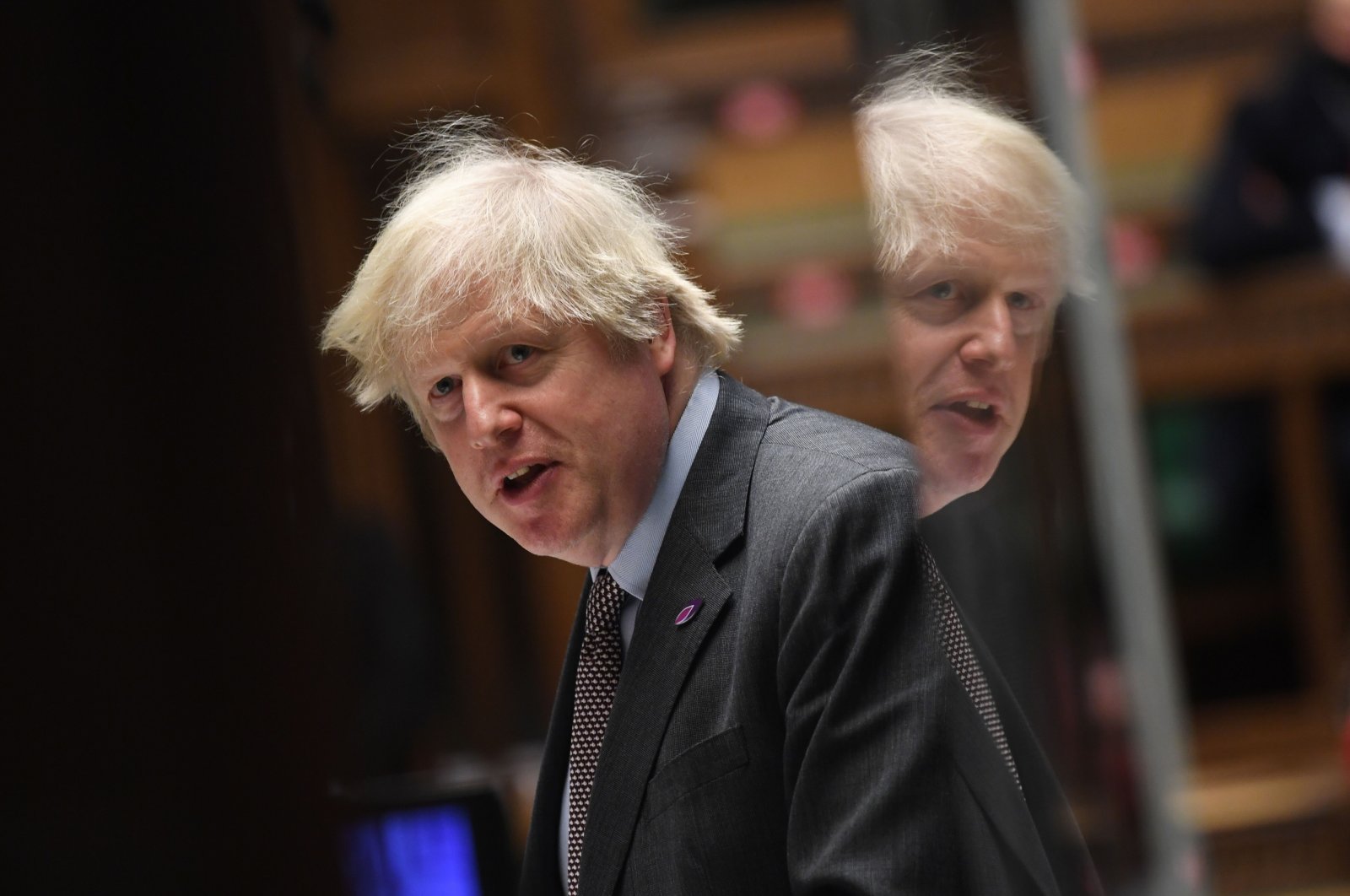 U.K. Prime Minister Boris Johnson headed to Scotland Thursday in an attempt to counter growing calls for another independence referendum, arguing that the country's collective response to the coronavirus pandemic has shown the benefits of maintaining unity.

During Thursday's visit Johnson said Scottish nationalists should stop talking endlessly about another independence referendum as the 2014 vote was a once-in-a-generation event.

"I don't think that the right thing to do is to talk endlessly about another referendum when I think what the people of the country and the people of Scotland want in particular is to fight this pandemic," Johnson said on a visit to Scotland. "I don't see the advantage of getting lost in pointless constitutional wrangling when after all we had a referendum not so very long ago."

"The very same people who... go on and on about another referendum also said only a few years ago, only in 2014, that this was a once in a generation event - I'm inclined to stick with what they said last time," he added.

The bonds that tie England, Wales, Scotland and Northern Ireland together in a $3 trillion economy have been severely strained by both Brexit and Johnson's handling of the coronavirus outbreak. Opinion surveys show that a majority of Scots would now back independence, though Johnson has repeatedly said that now is not the time for another referendum that could break apart the more than 314-year-old union between England and Scotland.

Ahead of his visit, which was criticized by Scottish nationalists, Johnson said that Scotland as a part of the United Kingdom gained access to a coronavirus vaccine developed by the University of Oxford and the shots are being administered by the shared armed forces, who are creating 80 new vaccine centers in Scotland.

"We have pulled together to defeat the virus," Johnson said. "Mutual cooperation across the U.K. throughout this pandemic is exactly what the people of Scotland expect and it is what I have been focused on."

Scotland’s First Minister Nicola Sturgeon condemned Johnson’s trip, questioning whether his reasons for visiting are "really essential" and arguing it sets a bad example to the public. Sturgeon, who runs Scotland's semi-autonomous government, is hoping a strong performance by her Scottish National Party (SNP) in an election for the country's devolved parliament in May would give her the mandate to hold a second referendum.

"People like me and Boris Johnson have to be in work for reasons people understand, but we don't have to travel across the U.K. We have a duty to lead by example," she said Wednesday.

Last week Sturgeon posted on Twitter the results of the 20th poll conducted by U.K.-based online survey panel Panelbase, claiming that 52% of voters are likely to back Scottish independence, while 48% of voters will opt to remain in the EU.

If Scotland voted for independence it would mean the United Kingdom would lose about a third of its landmass and almost a tenth of its population – just as the world's sixth-biggest economy is grappling with the impact of Brexit.

Johnson, who would have to agree to a new referendum, has said there is no need for a new vote after independence was rejected by Scottish voters in 2014. Scotland voted against independence by 55% to 45% in a 2014 referendum.

But a majority of Scots also backed staying in the European Union in the subsequent 2016 Brexit vote, stoking demands by Scottish nationalists for a new independence vote after the U.K. as a whole voted to leave.

Scottish nationalist attempts to force a change to the United Kingdom's constitution are a massive distraction while the government battles COVID-19, British Minister for the Cabinet Office Michael Gove said.

"At the moment, when we are prioritizing the fight against the disease and also the need for economic recovery in due course, talking about changing the constitution and so on is just a massive distraction," Gove told Sky News.

Gove said that Johnson, who had made himself minister for the union, was the best frontman for keeping the United Kingdom together.