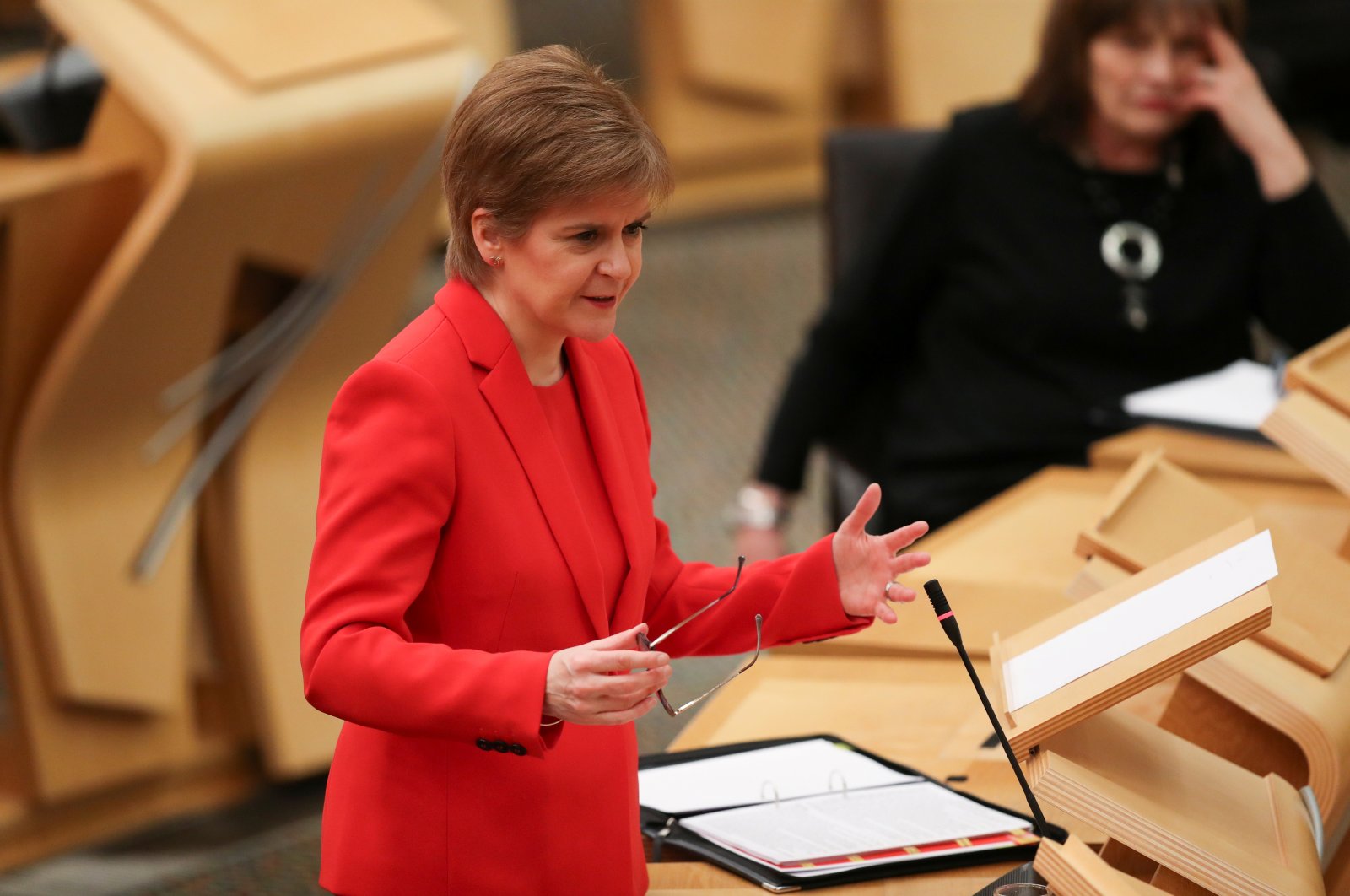 Scotland's First Minister Nicola Sturgeon on Sunday vowed to hold a referendum on independence despite London's opposition, citing data from an opinion poll that showed a majority of voters would vote in favor.

If her Scottish National Party (SNP) wins with a strong showing in regional elections in May, Sturgeon said she would seek a fresh referendum even though Prime Minister Boris Johnson has said such a vote should only be held once in a generation.

"I want to have a legal referendum, that is what I am going to seek the authority of the Scottish people for in May and if they give me that authority, that's what I intend to do," she told the BBC's Andrew Marr Show.

Sturgeon cited the fact that "the polls now show that a majority of people in Scotland want independence".

A Sunday Times poll found 50% of Scottish voters wanted another referendum in the next five years and 49% would vote for independence, while 44% would reject it. A 2014 referendum saw 55% vote "no."

The Sunday Times quoted a forecast that the SNP will win a "landslide" in May polls for the Scottish parliament, giving Sturgeon a strong basis to call for the vote. She spoke as the SNP was due to discuss its "roadmap to a referendum" at a policy forum on Sunday.

The SNP says it will request a Section 30 order from the British government allowing the holding of another referendum. If this is refused it intends to push through its own legislation to prepare for a referendum and "vigorously" oppose a legal challenge from London. Scotland could hold a preliminary referendum, calling for negotiations on independence, Alan Trench of University College's constitutional unit told The Sunday Times.

The newspaper poll found 50% of Scottish voters wanted another independence referendum in the next five years, despite the fact that only 22% thought an independent country would be better off economically.

"Brexit and the coronavirus crisis... appear to be driving Scottish voters away from union with England," the newspaper wrote. 22% thought Johnson had done a good job in tackling the pandemic, versus 61% for Sturgeon. The poll also found 53% in Scotland would vote to rejoin the EU.