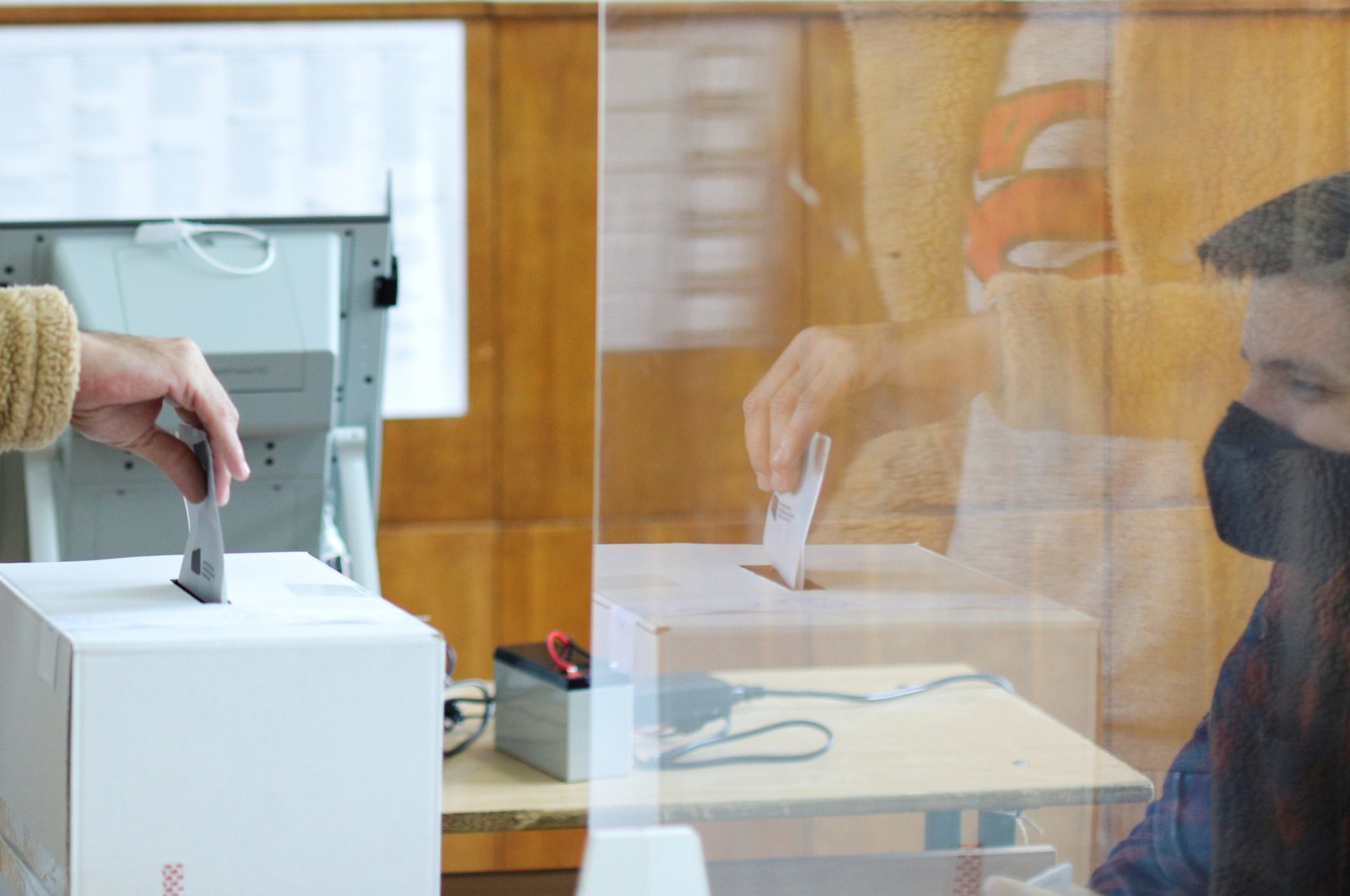 Bulgarians headed to the polls on Sunday to elect a new parliament and a new president amid a surge of coronavirus infections but there was no clear winner, according to exit polls, with the centre-right GERB party of former premier Boyko Borissov ahead in three surveys and a new centrist group leading in another.

The close poll results underscore deep political divisions after a decade of Borissov's rule. They coincide with a rise in coronavirus cases, high energy costs and anger at widespread corruption in Bulgaria, the European Union's poorest member.

In the presidential vote also held on Sunday, incumbent Rumen Radev, a harsh critic of Borissov, was seen winning around 49% support in the first-round vote, two exit polls showed.

Even if official results confirm GERB as the largest party, with no obvious allies in parliament, its chances of forging a ruling coalition are slim, political observers say.

The new faction may be better-positioned to forge a ruling coalition with the support of likely partners in two small anti-graft groupings and the Socialists, thereby ending a prolonged political impasse in the Balkan country.

Some 6.7 million eligible voters hope that after inconclusive general elections in April and July, the third attempt to elect 240 lawmakers will result in a government leading the European Union’s poorest member out of health and economic crises.

Polling stations opened at 7 a.m. (5 a.m. GMT) and were scheduled to close again at 8 p.m. (6 p.m. GMT) when the first exit polls were expected to be published.

"We must all vote but I'm also afraid that it will all be in vain... I don't have much hope," 62-year-old Milena Stoyanova told Agence France-Presse (AFP) on the eve of the election, summing up the general gloom.

While many said they will not bother to go to the polling stations, 35-year-old finance expert Petar Angelov said he would "definitely vote... for change" and "a better future."

Analysts predict a low turnout due to people’s concerns over the spread of the coronavirus, sluggish vaccine uptake and political apathy after two inconclusive elections.

The Balkan country, which is the least vaccinated in the EU, with less than one-third of its adults fully vaccinated, reported 334 COVID-related deaths this week in a single day, the country’s highest daily toll since the start of the pandemic.

A low turnout would favor the former ruling GERB party that despite a further erosion in support can still count on many loyal voters, and it is likeliest to finish first.

In recent months, however, investigations by the current caretaker government into alleged corruption during ex-Prime Minister Boyko Borissov’s tenure in office are limiting his chances to find coalition partners for his fourth four-year term in the past 12 years.

President Rumen Radev, a vocal critic of Borissov who is running for a second five-year term, said Sunday that he voted for freedom, legality, and justice. “These are the values I stand for,” he said after casting his ballot.

“The stakes are huge and will determine whether the process of consolidating statehood will continue or those acting from behind the scenes will regain institutional power,” he said, and called on all his compatriots to vote.

Political analysts are predicting that a new party, We Continue the Change, created by the previous caretaker government’s ministers of economy and finance, will come in second and likely be at the core of a new government.

Founded only few weeks ago by two Harvard graduates, Kiril Petkov, 41, and Asen Vasilev, 44, the party has quickly won wide support due to their resolute anti-graft actions and pledges to bring transparency, zero tolerance for corruption and reforms in key sectors.

“I voted for changes to continue, I voted because I think that Bulgaria can do more,” Kiril Petkov said after casting his ballot.

Opinion polls suggest that up to seven parties could pass the 4% threshold to enter parliament.

In Sunday’s presidential election, a total of 23 candidates are running for the largely ceremonial post.

Incumbent Radev, a firm supporter of last year’s anti-corruption protests, is tipped to have good chances to win a second five-year term.

Polls suggest that he will win slightly under the 50% needed for an outright victory in the first round.

If so, there will be a runoff vote on Nov. 21, most likely against his main contestant for the post – Anastas Gerdzhikov, a university professor.

With around 200 people dying each day in short-staffed hospitals, Bulgaria's death rate this week was among the highest in the world.

Uncertainty coupled with rising electricity and gas prices has hit the economy, and the European Commission this week lowered its annual growth forecast for Bulgaria.

But Borisov, who faced massive anti-graft protests last year and multiple revelations about alleged past misuse of public funds, is seen as an "unacceptable" partner by most other parties.

Observers say he is unlikely to find enough support to return to power for a fourth term.

Dimitrova said voters were "inclined to vote for the parties of change, which they consider capable of forming a government."

Most hopes appear pinned on a pair of Harvard-educated former businessperson – Petkov and Assen Vassilev – whose movement We Continue the Change was only formed in September but counts on coming in second and being able to unite others in a broader anti-Borisov front.

Their goal of eradicating corruption is gaining support in a country long notorious as the EU's most graft-prone member.

The party now polls neck-and-neck with the Socialists with around 16 percent of the votes.

Petkov and Vassilev said having an elected government was "of vital importance" and that they were ready for "compromise" to end the country's worst political crisis since the end of Communism.

"They are very enthusiastic," Dimitrova said, adding, however, that the two had little experience in politics and might end up leading an "unstable" coalition.

Their potential partners had already failed to reach an agreement on forming a government after the April and July votes.

A first-round presidential election will be held along with the parliamentary elections, with outgoing Socialist-backed president Rumen Radev running for a second five-year term as an independent.

Although Radev is a clear favorite, analysts expect the race to go into a run-off on Nov. 21.