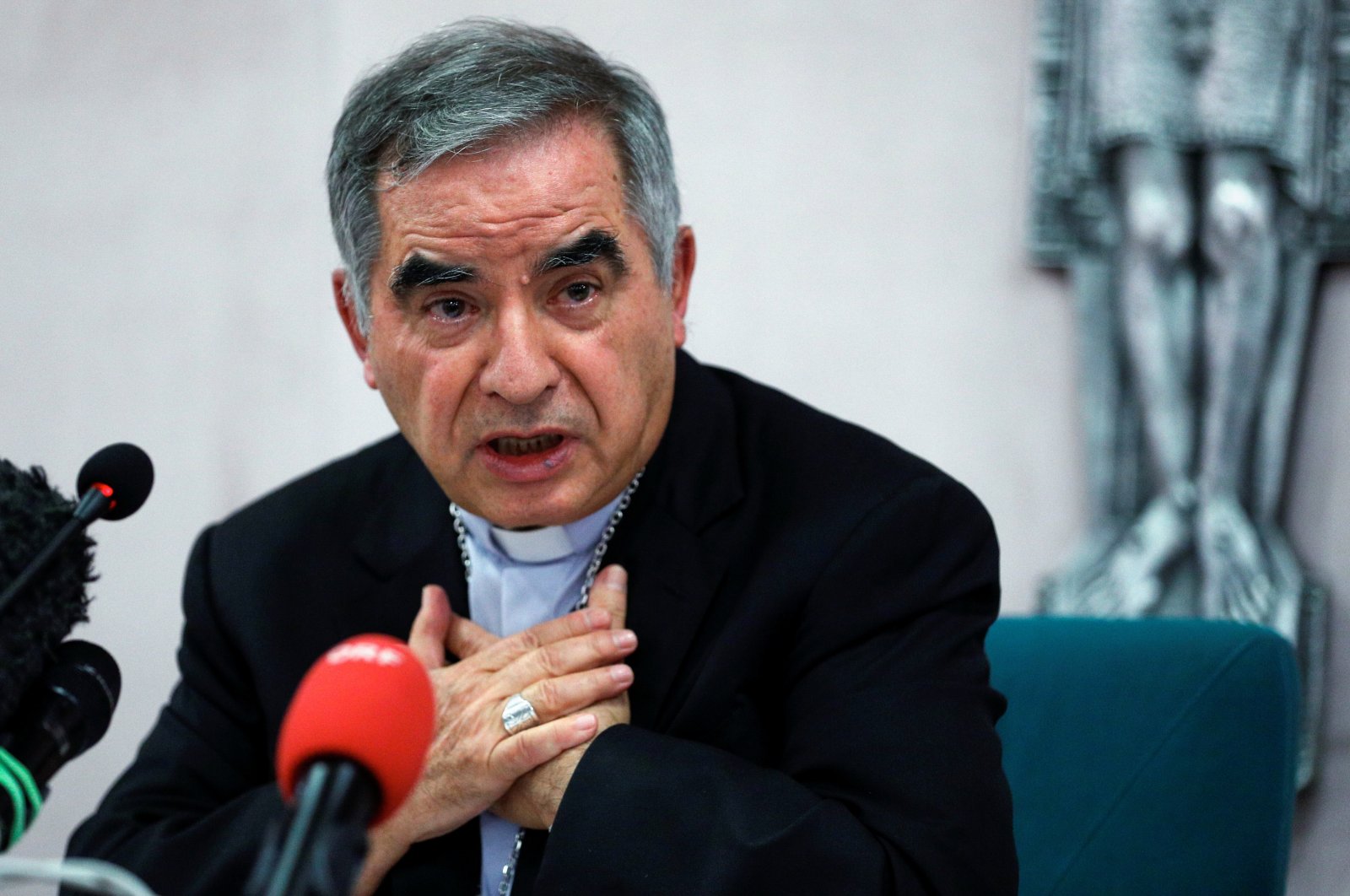 Cardinal Giovanni Angelo Becciu, who has been caught up in a real estate scandal, speaks to the media a day after he resigned suddenly and gave up his right to take part in an eventual conclave to elect a pope, near the Vatican, in Rome, Italy, September 25, 2020. (Reuters Photo)
by French Press Agency - AFP Sep 25, 2020 7:27 pm
RECOMMENDED

One of the Vatican's most influential cardinals proclaimed his innocence Friday after being pushed out by Pope Francis following news reports of the prelate allegedly directing church funds to family members.

The Holy See announced the resignation of Cardinal Angelo Becciu in a terse statement Thursday night, saying the trusted 72-year-old aide to the pontiff who heads the department overseeing sainthoods was giving up his rights as a cardinal.

On Friday, Becciu said he was "devastated" at being pushed out as he defended himself against accusations of corruption.

"In respect for obedience and for love of the church and the pope, I accepted his request to resign from my functions," said the Italian prelate, according to Il Messaggero daily.

"I am innocent and I will prove it. I beg the Holy Father to allow me to defend myself."

According to the newspaper, the Pope told him: "I have always been fond of you, I regret it but I cannot do otherwise."

According to a report to be published Sunday in the Italian magazine L'Espresso, quoted by La Repubblica daily, Becciu allegedly directed 100,000 euros from the Holy See to a cooperative in Sardinia.

The cooperative was allegedly run by his brother, which deals with social integration under the aegis of the cardinal's Sardinian diocese, the report claims.

At a news conference on Friday, Becciu said he had allocated 100,000 euros to Caritas, a Catholic charity, for use in Sardinia, but denied the funds were passed on to his brother's cooperative.

"That money is still there and wasn't given to my brother's cooperative. So I don't know why I am accused of embezzlement," he said.

"I don't defy the Pope, but everyone has the right to their own innocence."

Becciu has been linked in the past to an ongoing investigation within the Vatican into the opaque purchase of a luxury building in the exclusive Chelsea area of London using church funds.

Becciu has defended the merits of the purchase, which has been mired in controversy, including the use of offshore companies.

After a career as an ambassador, the Italian prelate served for seven years as Substitute for General Affairs within the Secretariat of State, the central bureaucracy of the Holy See charged with diplomatic and political functions.

In that role, he was in constant contact with Pope Benedict XVI and the current pope, who made him a cardinal in 2018.

The Vatican's police force raided the offices of the secretariat last year to seize financial documents and computers, while five members of staff were suspended.

The middleman in the London property deal was arrested in June by the Vatican police.

At his news conference, Becciu said the subject of the London real estate deal was never mentioned during his 20-minute conversation with the pope Thursday.

La Repubblica reported that the prelate also allegedly directed hundreds of thousands of euros to the activities of two other brothers, with money reinvested in financial activities, including offshore funds, allegations Becciu denied to journalists.

By resigning, Becciu loses all rights attached to his office, including the possibility of electing a new pope at a conclave.