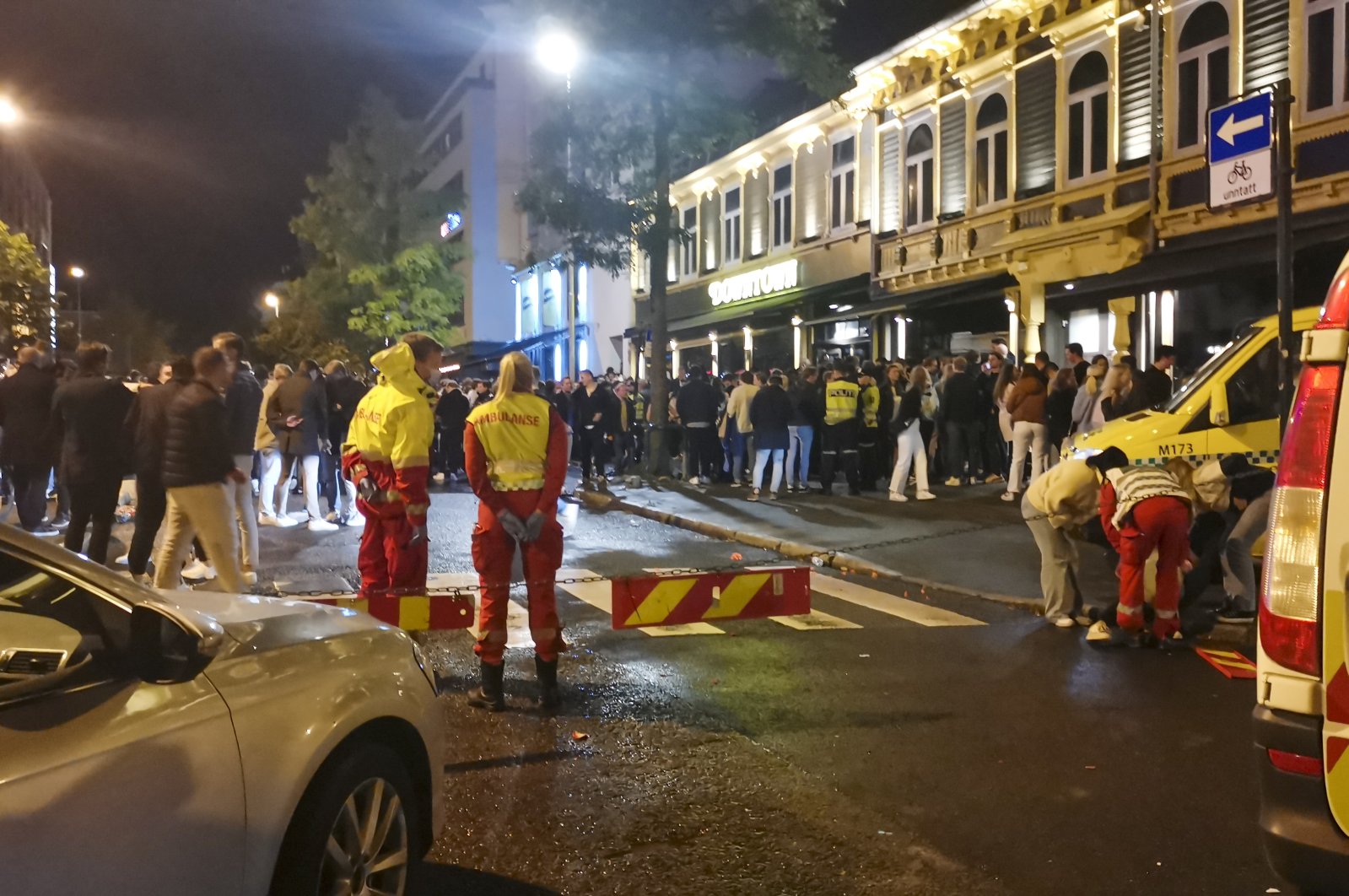 An ambulance takes care of the injured as Norway reopens from the coronavirus restrictions in Trondheim, Norway, Sept. 25, 2021. (Joakim Halvorsen/NTB via AP)
by ASSOCIATED PRESS Sep 26, 2021 6:07 pm
RECOMMENDED

Police in Norway struggled on Sunday to maintain order after a surprise lifting of prolonged COVID-19 restrictions, with dozens of violent clashes and public disturbances reported in the country's biggest cities.

The chaos was fed by people who flooded streets, bars, restaurants and nightclubs to celebrate the end of the restrictions that lasted for more than a year.

The Norwegian government abruptly announced Friday that most of the remaining coronavirus restrictions would be scrapped beginning Saturday and that life in the nation of 5.3 million would return to normal.

The unexpected announcement by outgoing Prime Minister Erna Solberg to drop coronavirus restrictions the next day took many Norwegians by surprise and led to chaotic scenes in the capital, Oslo, and elsewhere in the country.

"It has been 561 days since we introduced the toughest measures in Norway in peacetime," Solberg said on Friday at a news conference. "Now the time has come to return to a normal daily life.”

Rowdy celebrations by hundreds of citizens across Norway started Saturday afternoon and lasted until the early hours of Sunday. Police said the unrest was reported in several places, including in the southern city of Bergen and the central city of Trondheim, but the situation was the worst in Oslo.

Long lines were seen outside Oslo’s nightclubs, bars and restaurants late Saturday and police registered at least 50 fights and disturbances during the night.

Neither vaccination status certificates nor negative test results are required to enter such venues in Norway.

"That’s exactly what I predicted would happen,” angry nightclub manager Johan Hoeeg Haanes in Oslo told Norwegian newspaper VG. "It was a life-threatening situation in the city because they (government) didn’t give us at least a few days advance notice. This was a dangerous situation, as police said all places were packed.”

Among other incidents, Norwegian media reported that police received an alert about a man carrying a machete on a bus in Oslo and people fainting while waiting to get into pubs in Trondheim.

"There was a significantly greater workload (Saturday) than during the summer. There were a lot of people out already in the afternoon and it continued during the night,” Oslo police spokesperson Rune Hekkelstrand told the Norwegian public broadcaster NRK.

Solberg responded to criticism of the sudden move to reopen society by saying that Norwegian health experts had supported the measure. "We shall not have strict (coronavirus) measures unless they are professionally justified. People must be allowed to live as they wish,” Solberg told VG late Saturday.

Norway is the second country in the Nordic region to lift COVID-19 restrictions after Denmark did so on Sept. 10. More than 76% of Norway’s population have received one vaccine dose, and nearly 70% have had both shots, according to official figures.