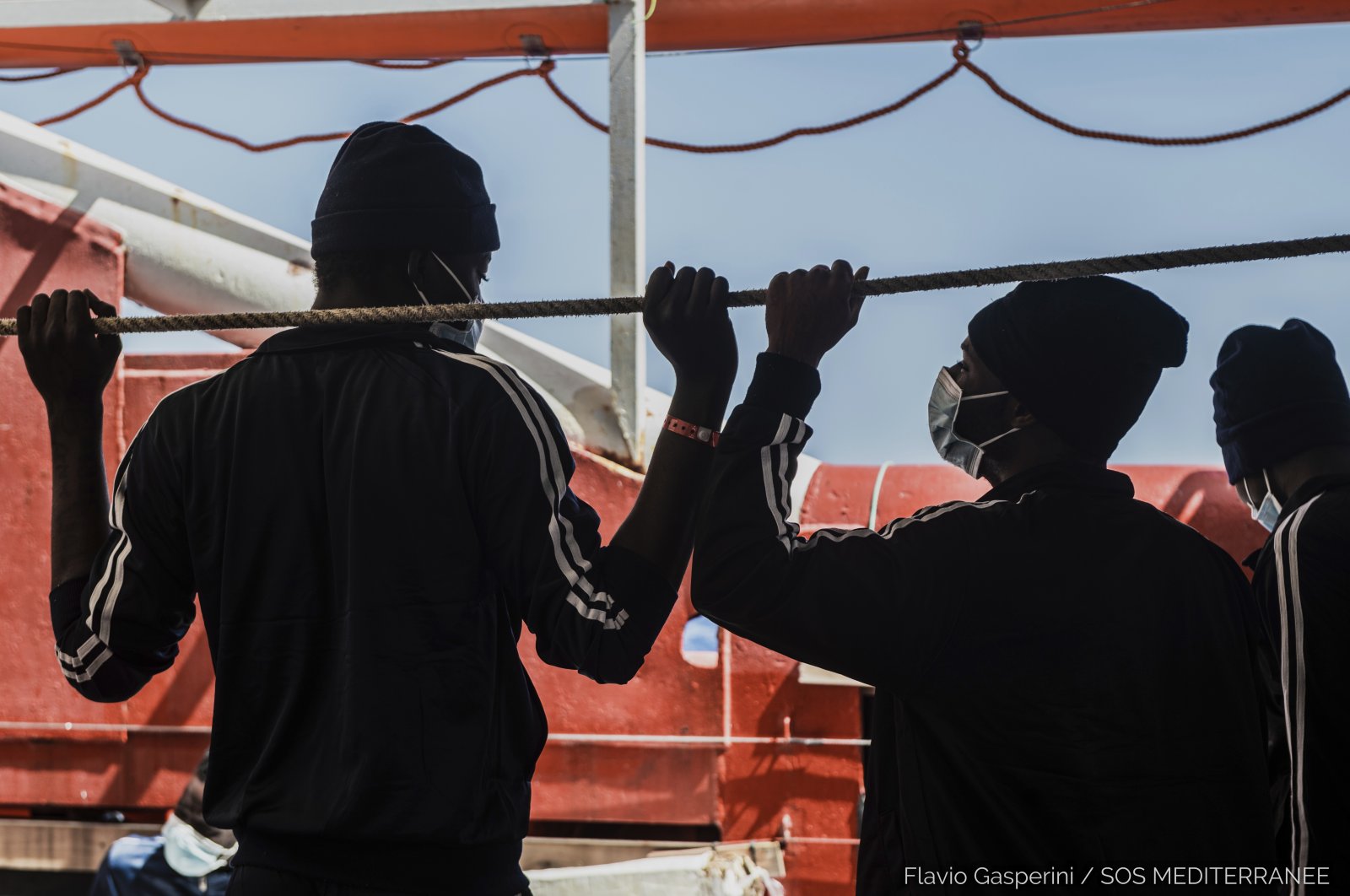 Migrants look at the sea from aboard the Ocean Viking during its navigation in the Mediterranean Sea, April 29, 2021. (SOS Mediterranee via AP)
by ASSOCIATED PRESS May 01, 2021 5:03 pm
RECOMMENDED

Some 236 migrants rescued in the Mediterranean from human traffickers sailed toward Sicily aboard a charity group's ship, while Italian coast guard and border police vessels brought 532 more rescued migrants to a tiny island.

Maritime rescue group SOS Mediterranee said a ship it operates, the Ocean Viking, pulled the migrants to safety four days ago from two rubber dinghies. Upon instructions from Italian authorities, the Ocean Viking was sailing to Augusta, Sicily, with its passengers, who included 119 unaccompanied minors, the group said.

SOS Mediterranee said some of the passengers told rescuers they were beaten by smugglers based in Libya and forced to embark on the unseaworthy dinghies despite high waves.

On Italy's Lampedusa island, which is closer to northern Africa than to the Italian mainland, Mayor Salvatore Martello said migrants from four boats that needed rescue stepped ashore during the night. They were brought to safety by Italian coast guard and customs police boats.

In recent years, warmer weather in spring has accompanied upticks in the number of vessels launched by Libya-based migrant traffickers.

Last month, SOS Mediterranean personnel and a merchant ship spotted several bodies from a shipwrecked dinghy, believed to have been carrying 130 migrants. People on the boat had appealed for help in waters off Libya, but no coast guard vessels from Libya, Italy or Malta came their aid, the group said. No survivors were found.

Humanitarian groups have been calling for European nations to resume the deployment of military vessels on rescue patrols. After hundreds of thousands of rescued migrants, many of them ineligible for asylum, were brought to Italian shores by coast guard, navy and border police ships and military vessels from Italy and some other nations, large-scale rescue operations in the central Mediterranean north of Libya were ended.

Italy has been equipping and training the Libyan coast guard personnel to rescue migrants in their search-and-rescue area and to discourage traffickers.

Those intercepted at sea by the Libyan coast guard are brought ashore and taken to detention centers. Human rights groups and United Nations agencies have denounced inhumane treatment in the centers, including beatings, rapes and insufficient rations.

“Europe can no longer remain passive in the face of recurring shipwrecks while consciously upholding a system of unspeakable abuse by supporting forced returns to Libya,” SOS Mediterranee said in a statement.

Earlier in the week, a total of 121 migrants were brought to safety aboard another charity rescue ship, Sea-Watch 4, in two separate rescues.

According to the Italian Interior Ministry, as of Friday, some 9,000 migrants had reached Italy by sea.