Clashes break out at far-right Vox rally in Madrid 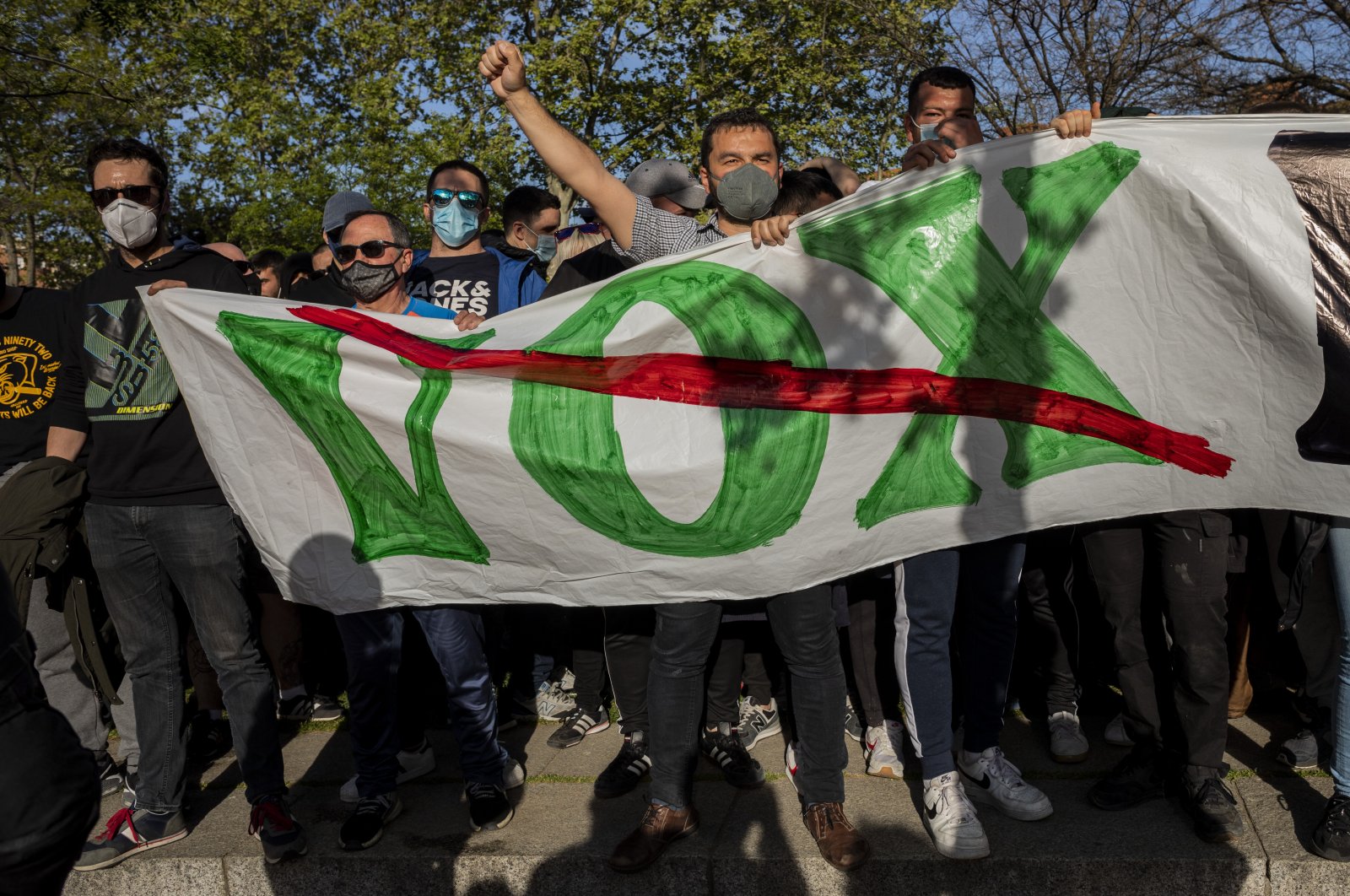 Violence erupted in the Spanish capital Madrid late Wednesday as a group of anti-fascist protesters clashed with police and far-right political supporters at a Vox party rally.

At least 14 people were injured, three hospitalized and two others arrested, according to media reports.

The far-right Vox party chose to kick off a campaign for the upcoming Madrid regional elections in the working-class neighborhood of Vallecas, which is traditionally a left-wing stronghold.

Vox leaders and supporters were met by a large group of protesters chanting, "fascists, leave our neighborhood."

But police charged protestors several times after they began to throw objects at speakers, police and the crowd of Vox sympathizers.

Vox leader Santiago Abascal paused the rally after nearly being hit by a flying object. The protestors' chants also made it difficult to hear his speech.

When it resumed, he blamed Spain's "Bolivarian" national government for trying to impede his address.

Earlier in the day, three left-wing political parties vying for the Madrid presidency sent a joint statement imploring members to stay away from the rally and avoid "falling into Vox's provocation."

Madrid residents will head to the polls on May 4.