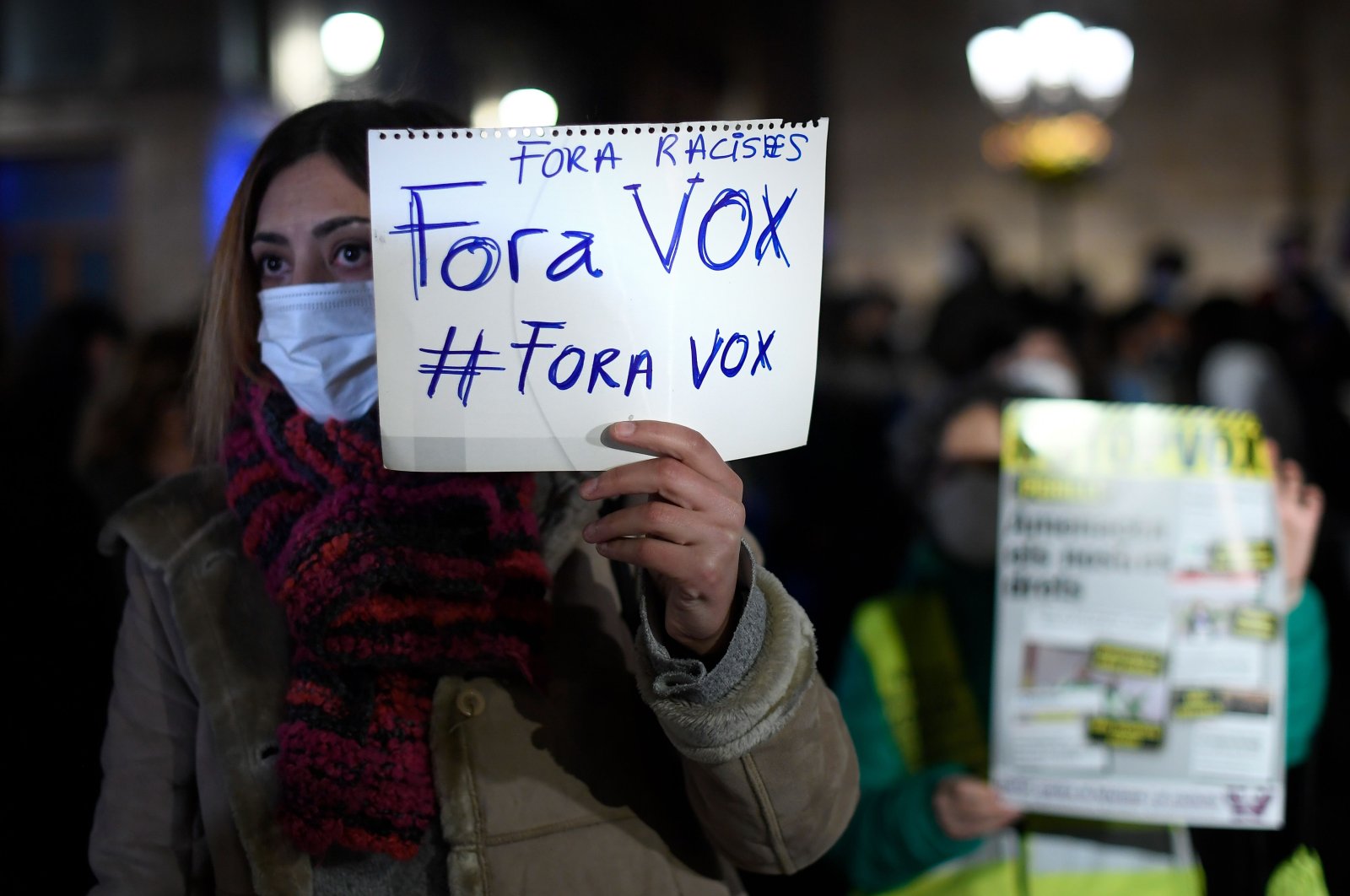 A demonstrator holds a sign reading "Vox out!" during a protest called by Unity Against Fascism and Racism (UCFR) in Barcelona, Spain on Feb. 15, 2021 (AFP Photo)
by ASSOCIATED PRESS Feb 16, 2021 4:47 pm
RECOMMENDED

Prosecutors in Spain have launched two separate investigations into a far-right party and extremist neo-Nazi sympathizers for perpetrating hate crimes against Muslims and Jews, respectively.

The Barcelona province prosecutor’s office said Tuesday that it was looking into the recent campaign in a regional Catalan election by Vox, a party that mixes Spanish nationalism, populism and an uncompromising stance against illegal migration, after receiving complaints from several Islamic communities.

The groups, representing more than 300 mosques in the northeastern region, argued that Vox’s social media campaign under the tag #StopIslamization, which included a video mixing news about Muslims and an extremist attack in 2017, was slanderous toward Muslims in Catalonia.

Barcelona prosecutor Pilar López told The Associated Press (AP) that the initial probe, which will be protected by judicial secrecy, could last up to six months before deciding whether the campaign amounted to inciting hatred against Muslims.

The campaign highlighted the risks, he said, "brought by some who don’t accept the Western lifestyle and even come to bring it down.”

Making inroads in Catalan politics for the first time and sounding alarms across the political spectrum, Vox obtained Sunday 11 of the regional parliament’s 135 seats, more than the other two center-to-right parties combined.

In a separate case, prosecutors in Madrid opened a probe into anti-Semitic messages voiced by a small group of extremists who gathered Saturday to honor the memory of a Spanish platoon that joined Nazi troops during World War II.

In videos distributed by Russian news agency Ruptly of the march at Madrid's largest cemetery, a woman delivers a fiery speech referring to "the Jew” as "the enemy.”