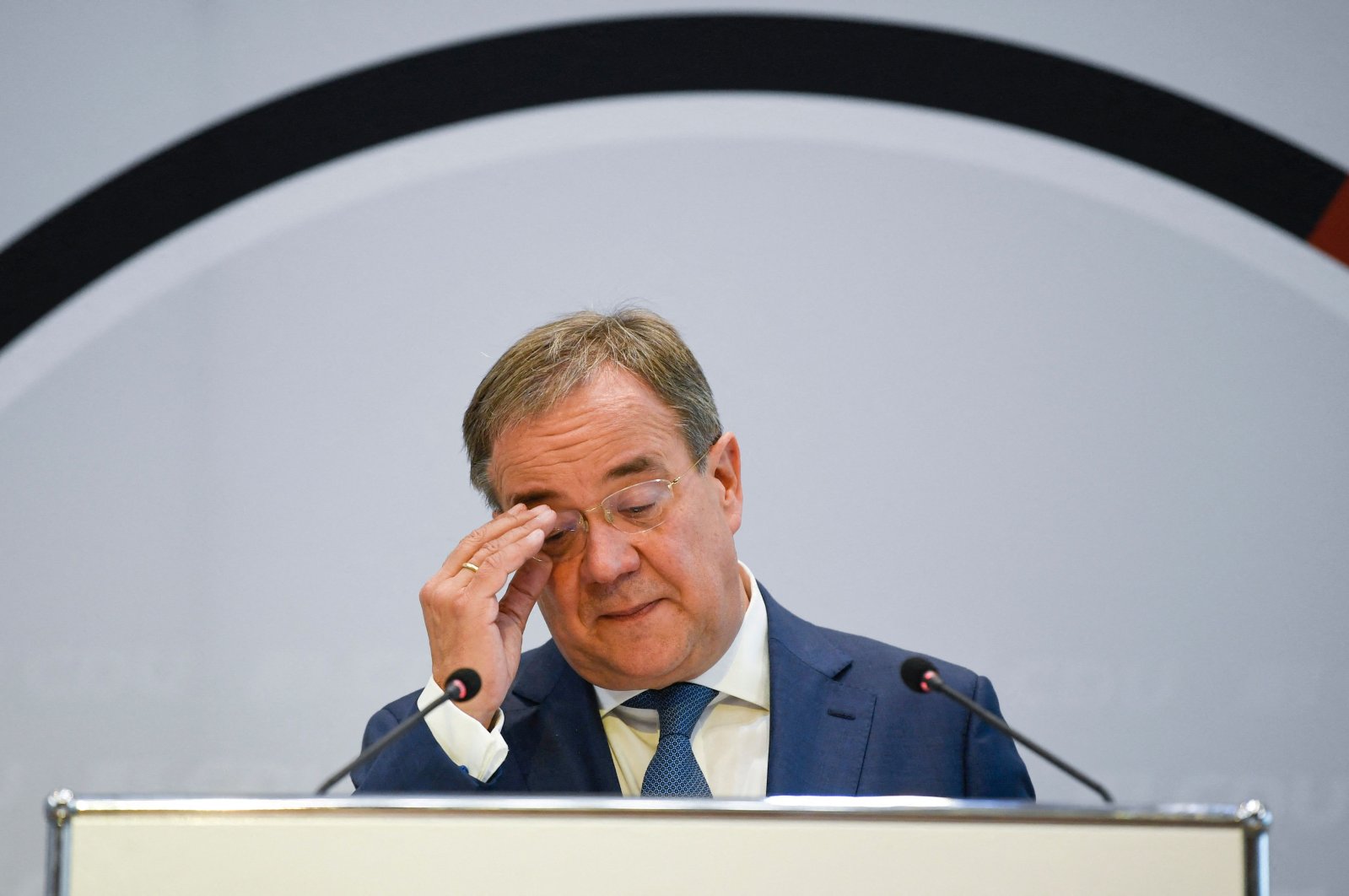 Shortly before the general elections in Germany, Armin Laschet's rally was disrupted by climate activists Thursday. Laschet is the conservative candidate seeking to replace Chancellor Angela Merkel in the upcoming vote.

Holding posters reading "the climate crisis kills" and "our lives in your hands," the activists booed Laschet as he sought to address the gathering in the northern city of Bremen.

"We came from all over Germany. We intend to carry out this kind of action at Laschet's rallies until voting day," Rifka Lambrecht, 20, who traveled from Berlin, told Agence France-Presse (AFP).

Among the protesters' demands was for Laschet to meet the six young German climate activists who have been on a hunger strike for over two weeks outside the Reichstag parliament building in Berlin.

Responding to the calls, Laschet told the gathering that along with his rivals – the Greens' Annalena Baerbock and the Social Democrats' Olaf Scholz – he is prepared to meet the youths, but only after the Sept. 26 election.

"I ask you to end the hunger strike and return to objective discussions with us," he said at the rally, stressing that the activists' demands were being "taken seriously."

But contacted by AFP, the hunger strikers said the offer was "the opposite of what we're seeking."

"Talks after the election – which happens to be a destiny-shaping election – is out of the question," they said in a statement.

"Apparently, the only thing that unites the (three candidates) is that the future of young generations isn't very important to you."

The hunger strikers also want the next German government to set up a committee of citizens representing a broad spectrum of society to develop measures to protect the environment.

One of the six was taken to hospital on Tuesday after collapsing. But he returned to the tents set up outside the Reichstag to continue his hunger strike after leaving the hospital the same day.