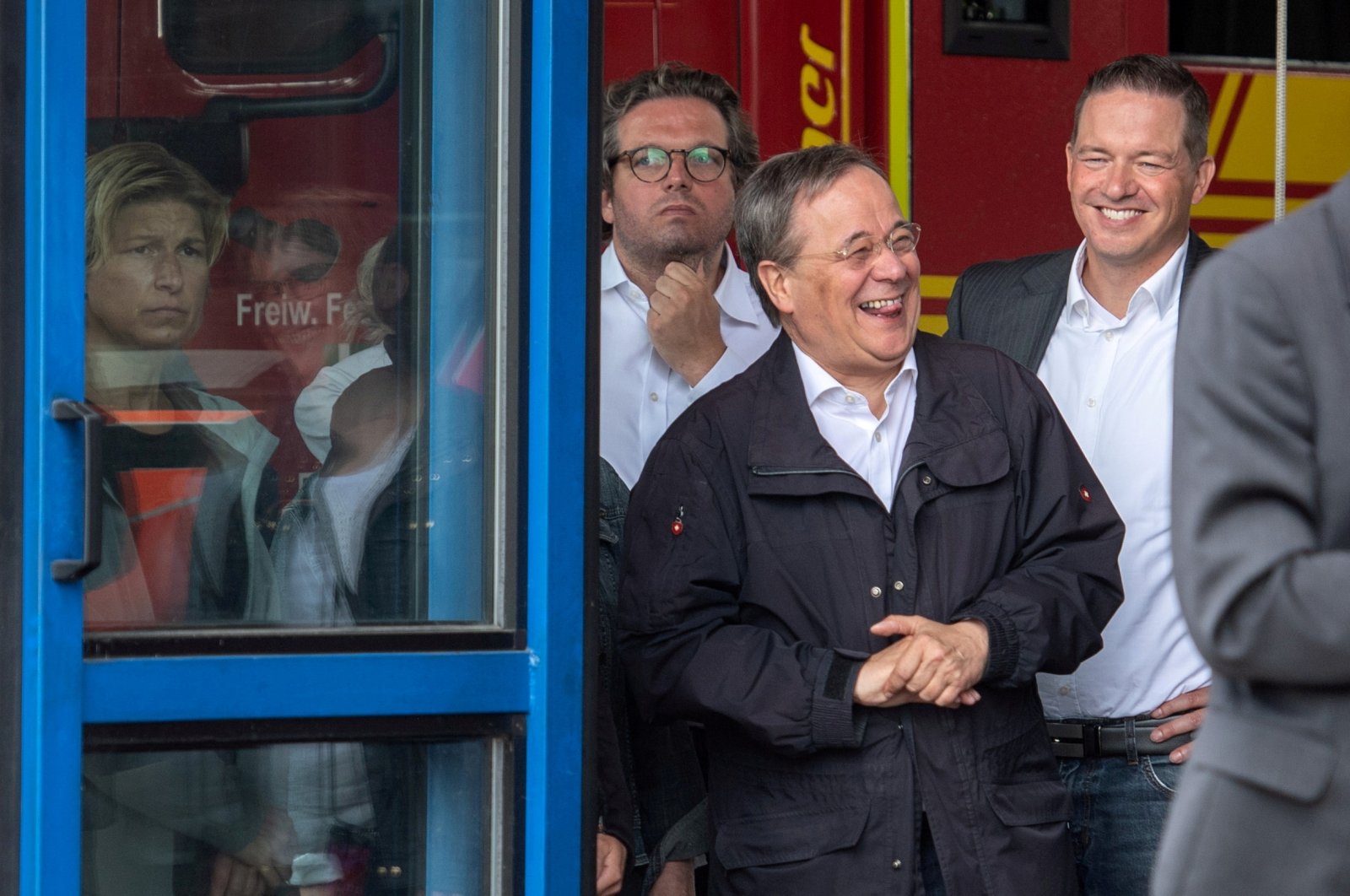 Germany's conservative candidate Armin Laschet apologized Sunday for laughing during a speech by the president in the flood-stricken town last week. This has caused his ratings to fall two months before the federal elections.

Laschet's conservative bloc is around 10 points ahead of the Greens in most polls, but his lapse last weekend at Erftstadt, when he was caught on camera laughing at a joke while the country's president was giving a somber speech, has cost him.

"It was stupid and shouldn't have happened and I regret it," he told ZDF television. "I am sorry, I can't say much more."

The incident spawned a Twitter storm under the hashtag "laschetlacht" (Laschet laughs). An INSA poll on Sunday showed that 57% of Germans viewed Laschet's actions in the catastrophic floods, which killed at least 180 people, as negative.

In a direct vote for chancellor, Laschet would only get 15%, down five points from last week, compared with 21% for his Social Democrat rival, Olaf Scholz, the poll showed.

In a wide-ranging interview with ZDF television, Laschet said he was determined to shift the campaign for the Sept. 26 election on to issues such as the economy and climate change.

"It is understandable that polls will fluctuate in a difficult week but in the next few weeks I want to shape the discussion on issues," he told ZDF.

Playing down differences with his Bavarian conservative rival, Markus Soeder, who has pushed for more ambitious climate targets, Laschet said he believed Germany would have phased out its coal before the target date of 2038.

"We should stick to the plan. But I think we will exit it more quickly than we all think due to CO2 prices," he said.

He also said he was not at odds on tax with Soeder, whose CSU forms a parliamentary bloc with Laschet's bigger CDU. Popular Soeder lost a bid to become the conservative chancellor candidate thanks to vested CDU interests in Laschet.

"In tax we are very close," said Laschet, when asked about Soeder's calls for tax reductions.

Making clear that his priority was not cutting taxes, Laschet said the conservatives wanted stable state finances and that to promise blanket cuts was "not serious."

Saying major investment was needed for Europe's biggest economy to recover from the COVID-19 crisis, he pointed out that Germany was bound by strict rules limiting new debt which are enshrined in the constitution.

"If there is the financial scope, we will support reducing the burden on low- and medium-earners and that should happen for families by 2023," said Laschet