Coronavirus mutation "of most concern" detected in UK variant 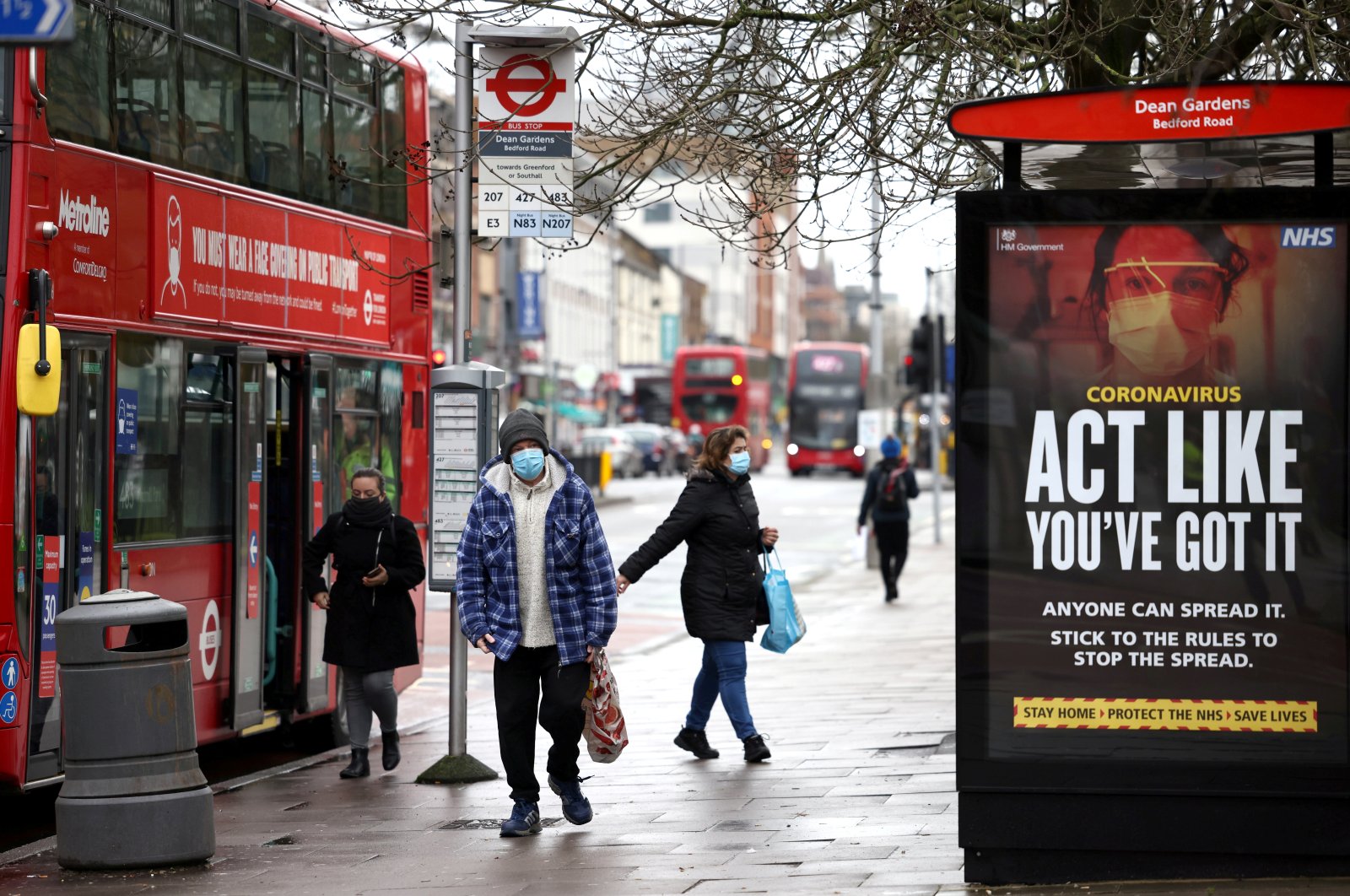 People get off the bus on Ealing high street where the new SARS-CoV-2 coronavirus variant originating from South Africa has been located, in west London, Britain Feb. 2, 2021. (Reuters Photo)
by REUTERS Feb 02, 2021 5:36 pm
RECOMMENDED

The coronavirus mutation "of most concern" has spontaneously occurred in the U.K. variant, a professor of outbreak medicine who serves on a panel that advises the British government said on Tuesday.

The E484K mutation, which occurs on the spike protein of the virus, is the same change as has been seen in the South African and Brazilian variants that have caused international concern. Several laboratory studies have found that vaccines and antibody therapy are less effective against the South African variant. By contrast, early evidence showed that vaccines worked just as well against the U.K. variant, called B.1.1.7, which originally did not have the E484K mutation.

"The mutation of most concern, which we call E484K, has also occurred spontaneously in the new Kent strain in parts of the country too," said Calum Semple, a member of the Scientific Advisory Group for Emergencies (SAGE), said on BBC radio. He was referring to the U.K. variant, which was first detected in the southern English county of Kent.

The fact that the E484K mutation had occurred spontaneously in Britain had already been reported in a technical briefing published by Public Health England, but this had not been widely noticed outside of scientific circles.

"A limited number of B.1.1.7 VOC (variant of concern)... genomes with E484K mutation have been detected," said the summary of the briefing. Semple was speaking in the context of an interview about the issue of how to suppress the South African variant.

British Health Minister Matt Hancock said Tuesday that the country has detected 43 cases of the coronavirus featuring "mutations of concern" in Bristol and Liverpool.

"We've also seen 11 cases of mutations of concern in Bristol, and 32 in Liverpool," Hancock told lawmakers, saying they were additional to the 11 cases of the South African variant that were not linked to international travel. Britain has also identified cases of the UK variant which have the mutation of most concern.

"We must continue to act with caution, not least because of the renewed challenges posed by new variants of the coronavirus," he said.

Authorities in England began a door-to-door mass testing drive targeting 80,000 people living in areas where cases of the highly infectious variant have been found.

"It's incredibly important to snuff it out where you can and seek it out where you can and use that time of suppression to maximise vaccination within the population," said Semple. "But there is an inevitability with these viruses, particularly with these mutations that we're now seeing arising spontaneously in Brazil and in the South African strain," he said, going on to make the point about the spontaneous appearance of E484K in the U.K. variant.