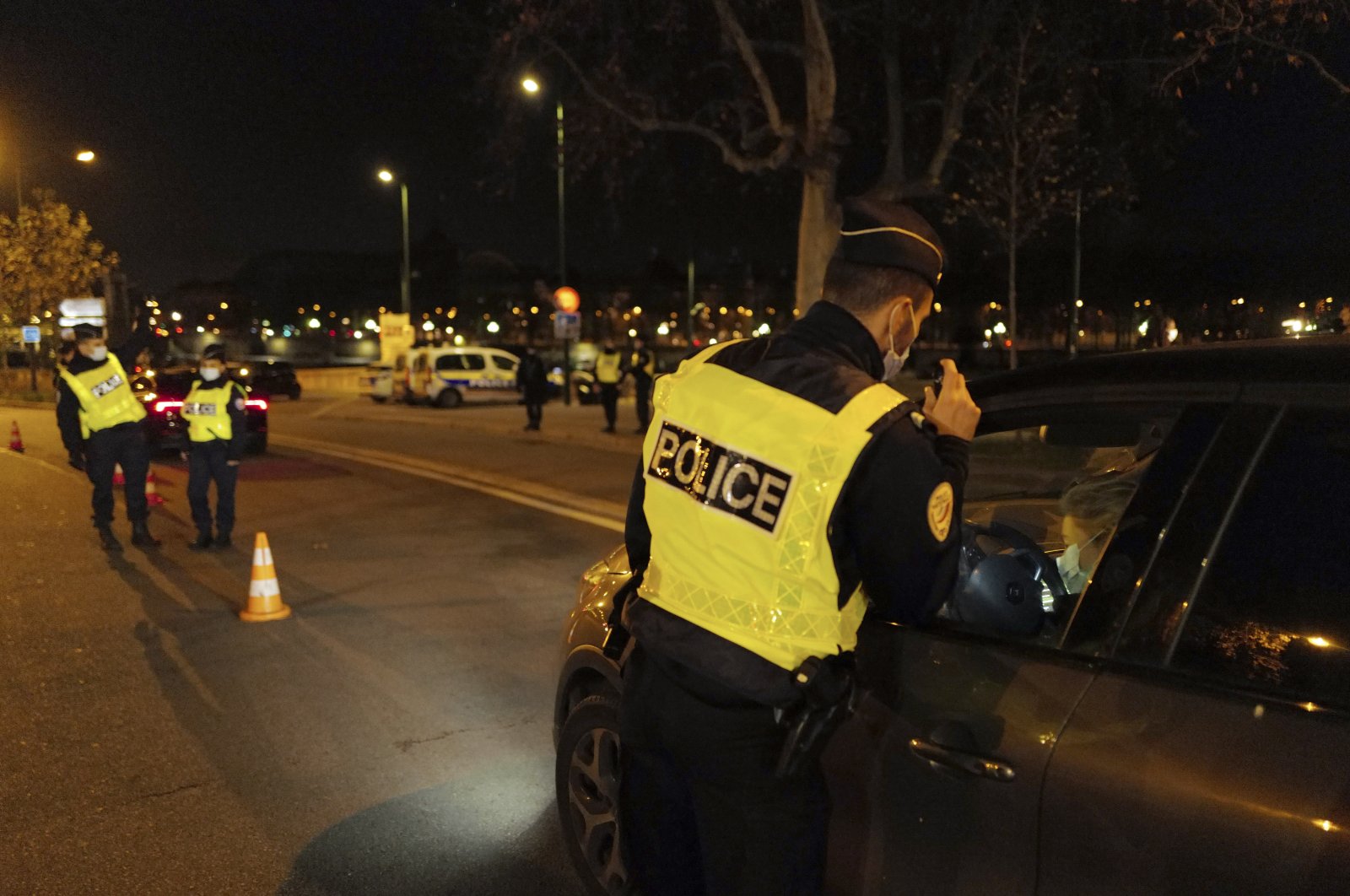 French police officers check a car near the National Assembly as they enforce a coronavirus-related curfew, in Paris, France, Dec. 15, 2020. (AP Photo)
by DAILY SABAH WITH AGENCIES Dec 21, 2020 6:26 pm
RECOMMENDED

The Council of Europe's human rights commissioner, Dunja Mijatovic, in a letter to the French Senate called for substantial amendments to a new security bill known as Article 24 that would curb the freedom to share images identifying police officers, saying the law should be made more compatible with human rights.

"This ban is an infringement of the right to freedom of expression, which includes the freedom to impart information, and is liable to exacerbate the breakdown of trust between a section of the population and some parts of the law enforcement agencies, which will not help to protect the latter,” Mijatovic wrote in the letter.

She emphasized that the European Court of Human Rights has recognized the pivotal role played by the media in informing the public about the government's management of public demonstrations and considers that the violation of the freedom of dissemination of information is particularly unjustified given the fact that law enforcement officials are already protected from such harm by many of the legal provisions in force.

The commissioner called on French officials to lift the ban on the dissemination of images of the faces of law enforcement officers involved in police operations or any other means of identifying them with the clear intention of causing physical or psychological harm, established by Article 24 of the bill.

France has been hit by a wave of street protests after the government introduced a security bill in Parliament that set out to increase its surveillance tools and restrict rights on circulating images of police officers in the media and online. The article has also drawn criticism from human rights groups and activists who say that civil liberties and the freedom of the press could ultimately be compromised.

In practice, this law would restrict the publication of photos or videos taken of police officers' faces while carrying out their duties in public spaces, and in many cases, an officer's face would have to be blurred. Other proposed measures include allowing the police to use drones equipped with cameras as well as easier access to CCTV footage.

In late November, the French government dropped a controversial bill with French President Emmanuel Macron's ruling party La Republique En Marche (LREM) saying the law will be "completely rewritten and a new version will be submitted," as reported by Reuters.

The French government has been under growing pressure to address long-running accusations of excessive violence by police, particularly against minorities. Some Black Lives Matter protests broke out in Paris in June, a month following the death of American George Floyd after a white police officer knelt on his neck in a street in the U.S. city of Minneapolis for nearly nine minutes in the course of arresting him.

The outrage generated by Floyd's death has resonated in France, in particular in deprived city suburbs where police often clash with youth from ethnic minority backgrounds. The protests in Paris in June were directed at the unsolved cases of people dying at the hands of police, such as Adama Traore, who died in police detention near Paris in 2016.