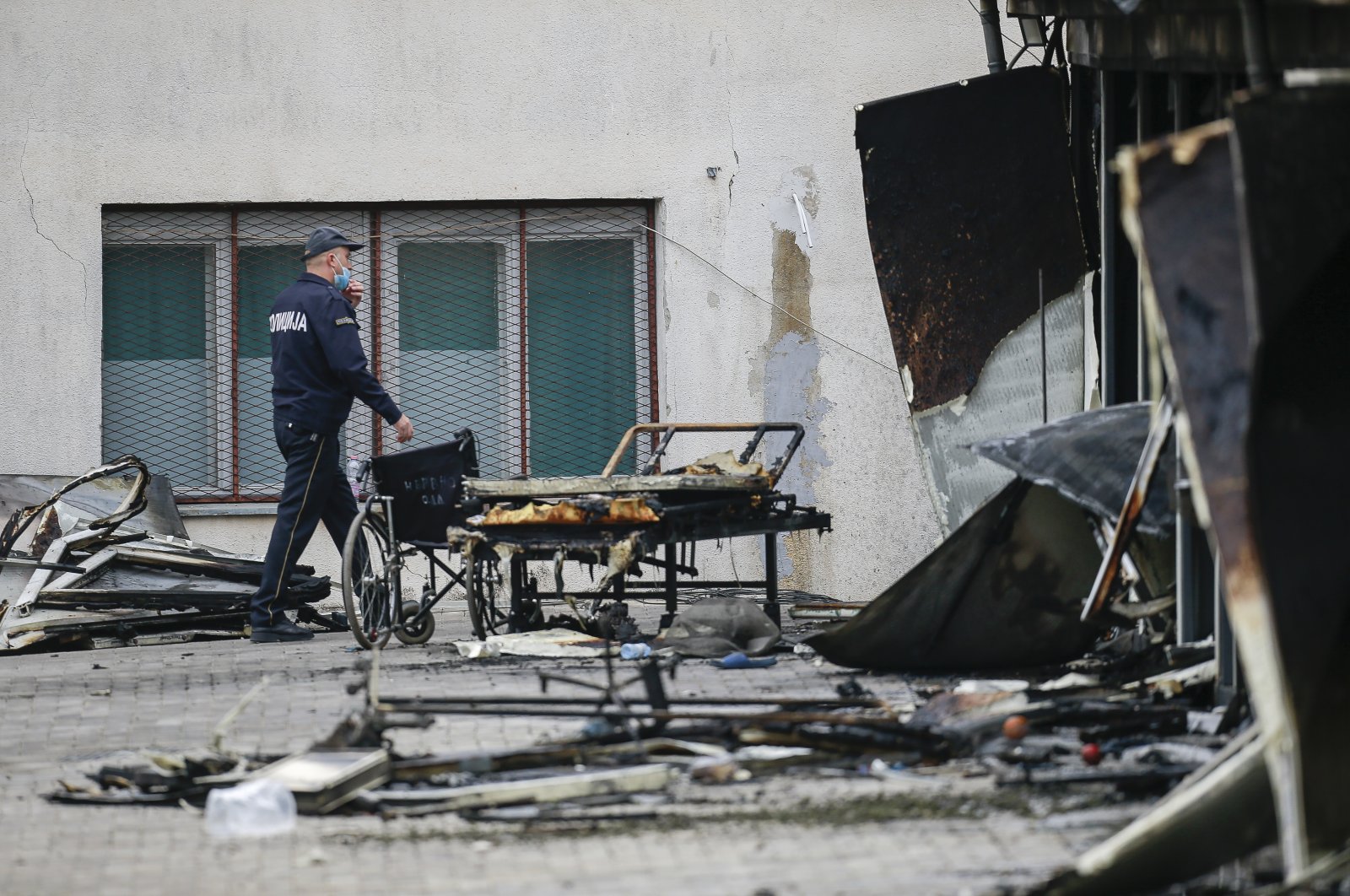 A fire at a hospital for COVID-19 patients killed at least 14 people in North Macedonia, authorities said Thursday.

The fire broke out late Wednesday following an explosion in the coronavirus clinic in Tetovo in the northwest of the Balkan country, said Prime Minister Zoran Zaev, who immediately headed to the town.

"A huge tragedy has occurred in the Tetovo COVID-19 center," Zaev said on Twitter overnight. "An explosion caused a fire. The fire was extinguished but many lives were lost," he added.

At least 14 people died in the disaster, the prosecutor's office later said in a statement, raising the toll from the 10 deaths confirmed overnight.

"Prosecutors have ordered autopsies to identify the bodies of the 14 people who died in the fire and we are looking into whether there are others dead," the statement said.

The fire broke out as the former Yugoslav republic celebrated the 30th anniversary of its independence, with festivities in the capital Skopje, including a military parade.

The blaze destroyed part of the modular units recently built in front of the hospital to accommodate COVID patients.

Several hours after the disaster, people walked past charred containers while stretcher-bearers went back and forth to rescue vehicles.

Investigators have gone to the site to try to determine the cause of the disaster. Fire services were alerted to the blaze at around 7 p.m. GMT, and it took about 45 minutes to extinguish. Construction work on the modular COVID-19 unit only began in December at the hospital in Tetovo, a town of around 50,000 people.

"The fire was huge because the hospital is modular, there was plastic," Tetovo deputy fire chief Saso Trajcevski told local television.

"We took out victims while we put out the flames," he said.

Several injured people were transported to hospitals in the capital.

"The fight for life is still going on and all services are doing everything they can to save people," Zaev said earlier, expressing "deep condolences to the families and of the deceased."

"I wish the injured a quick recovery."

North Macedonia, with a population of around 2 million, is a relatively poor country with a rundown health care system. Hospitals are overwhelmed in some areas, particularly where vaccination rates are low. The country has reported a rise in COVID-19 infections recently, with the daily death toll reaching around 30. It has recorded more than 6,100 fatalities in total since the start of the pandemic.

COVID-19 hospitals in other countries have been hit by explosions followed by fires. In Iraq, dozens of people were killed in fires that occurred after oxygen cylinders exploded in April and July.