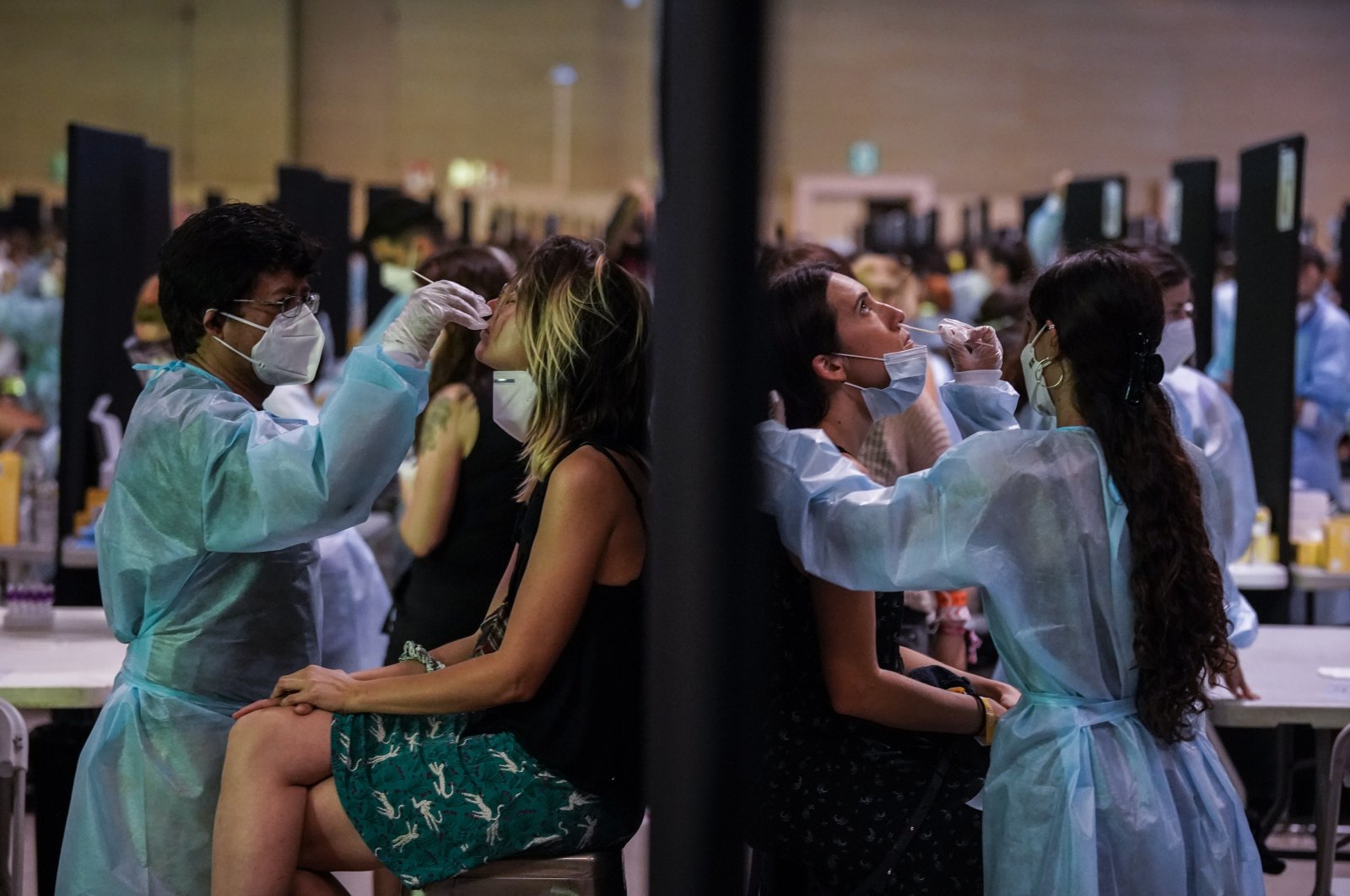 Just as the COVID-19 pandemic seemed to be loosening its grip in Europe, Spain and France introduced new measures and restrictions over recent surges in coronavirus infections.

French President Emmanuel Macron on Monday ordered all French health care workers to get virus vaccine shots by Sept. 15 and urged all of his compatriots to get vaccinated as soon as possible.

In a televised address, Macron also mandated special COVID-19 passes for anyone who wants to go to a restaurant, shopping mall or several other public places.

The delta variant is driving France’s virus infections back up again, just as the country kicked off summer vacation season after a long-awaited reopening process.

Some 40% of France's population is fully vaccinated.

Meanwhile, some Spanish regions are bringing back curfews as well as restrictions on socializing and nightlife to contain a sharp rise in coronavirus infections as the delta variant races through the country's unvaccinated young people.

Catalonia and Valencia, two Mediterranean coast regions with major virus outbreaks, are limiting social gatherings to 10 people and restoring late-night restrictions on all activities, while the northern region of Asturias on Monday banned indoor bar and restaurants operations.

Fuelled by parties to mark the end of the school year and the beginning of summer, Spain's two-week COVID-19 caseload is now over three times higher among people under 30 than the average. The closely watched variable rose nationally on Monday to 368 cases per 100,000 residents, according to Fernando Simon, who coordinates Spain’s response to health emergencies.

Simon said although younger patients typically don’t need intensive care treatment, the high number of cases among under 30s was slowly pushing up the rate of hospital admissions.

“We are not recording an increase in mortality – and we hope that we don’t reach there,” he told reporters.

Simon said the impact of the delta variant, which spreads faster than the original virus, is not as crucial as people dropping their guard against the virus.

“We are doing things that probably entail a high risk of contagion," he said. “No matter whether it's this variant or another one, the risks we take would lead to an increase in transmission.”

Spain has fully vaccinated more than 21 million people or 46% of its total population. But only roughly 600,000 of those are under 30, the next target group for vaccine jabs.

Since lifting a national state of emergency in May, regional authorities trying to keep the spread of the virus at bay have sought court authorization for adopting restrictions that curtail basic freedoms. That has led to varying results.

While judges on Monday rejected plans by the northern Aragon region to close nightclubs, a Valencia high court authorized the 10-person limit on meetings there and a 1 a.m. to 6 a.m. curfew in 32 towns. The targeted towns, including the regional capital, were labeled high risk after the region’s two-week caseload jumped from fewer than 50 new cases per 100,000 residents last month to more than 250 currently.

In Catalonia, where authorities over the weekend described the surge of new cases as “explosive,” an uptick in hospitalizations, including among few dozen patients who had received two doses, has caused concern.

All bars, restaurants and cultural venues must now close at 12:30 a.m. and eating and drinking in the streets are banned, the regional government announced Monday, recommending local authorities to also restrict the region’s popular beaches. The measures need to be authorized by a judge.