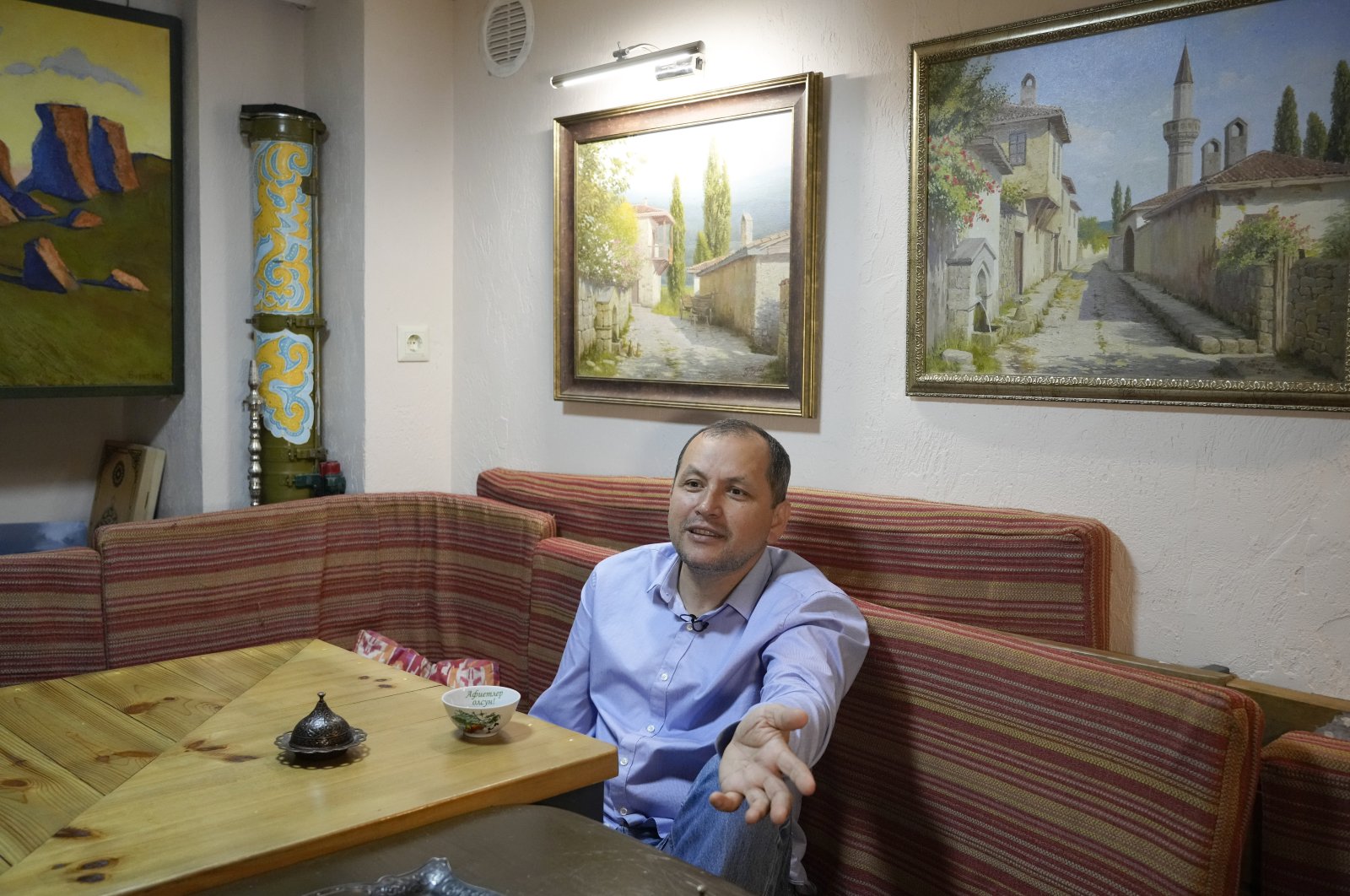 Monday marks the start of an international summit called by Ukraine to build up pressure on Russia over the annexation of Crimea, which has been denounced as illegal by most of the world. The fate of Crimean Tatars is one of the top issues at the inaugural meeting of the Crimean Platform. The Turkic ethnic group has faced a relentless crackdown by Russian authorities amid the ongoing systematic policy of discrimination and persecution.

Erfan Kudusov fled Crimea with his wife and four children after Russia’s annexation of Ukraine’s Black Sea peninsula in 2014, along with many other Crimean Tatars who resented Moscow’s rule.

For Kudusov and others in Crimea, the Russian takeover evoked tragic family memories of the 1944 mass deportation of Crimean Tatars on Soviet dictator Josef Stalin’s order, raising fears of discrimination and persecution. Their fears have materialized.

A few friends of Kudusov who stayed in Crimea have since been convicted on charges of extremism, separatism and membership to banned organizations, and have been sentenced to prison terms ranging from eight to 19 years.

“The fear for my children and the memory of repressions against my people forced us to pack all our things in two suitcases and leave our beloved Yalta literally in one day,” Kudusov told The Associated Press (AP) at his small restaurant in the Ukrainian capital of Kyiv. “Most of those who left were well-educated and energetic people who actively opposed the occupation of Crimea.”

Only an ancestral cover for their Quran, a few paintings of Crimea's rocky landscapes and some ceramics now remind Kudusov about his native land. Letters from prison and chats with relatives on messaging apps paint a grim picture of Crimean Tatars' life now under Russian control.

“Russia is enforcing a concentration camp there behind a nice facade,” Kudusov said. “People in Crimea are very scared and fear talking aloud about it.”

Some of those who stayed have faced a relentless crackdown by Russian authorities, who banned the Crimean Tatars' main representative body and some religious groups. About 80 Crimean Tatars have been convicted and 15 activists have gone missing, according to Amnesty International.

“The Russian Federation continues its policy of intimidation, systematic pressure and criminal prosecution of Crimean Tatars, who disagree with the occupation or refuse to cooperate with the de facto authorities,” said Kateryna Mitieva, a member of the rights group. “The homes of Crimean Tatar activists are systematically searched by the FSB (Russia's domestic security agency)."

In the past week alone, four Crimean Tatar activists were sentenced to prison terms ranging from 12 to 18 years on charges of being affiliated with Hizb ut-Tahrir, an international group that Russia outlawed as a terrorist organization in 2003. The group has been banned in most Arab countries, China, Turkey and Germany.

“Russia has brought imperialism, fear, its own view of freedom and its understanding of who is a friend and who is foe,” mufti Ayder Rustamov said at a mosque in Kyiv that is frequented by Crimean Tatars.

Moscow has strongly rejected accusations of discrimination against Crimean Tatars. The Russian Foreign Ministry pointed at the construction of new mosques in Crimea, the allocation of 100,000 land plots for Crimean Tatars and its growing support for their cultural and education projects.

At the same time, Russian officials have accused the leaders of Crimean Tatars who protested the annexation of serving Ukrainian interests and Russian law punishes those calling for Crimea to be returned to Ukraine.

Refat Chubarov, the leader of the Crimean Tatar Mejlis, a representative body for the ethnic group, was sentenced in absentia to six years in prison by a Russian court in June on charges of inciting mass disturbances for protesting the annexation in 2014.

“Moscow is continuing the policy of squeezing Crimean Tatars, and all those repressions, including arrests and long prison terms, are intended to suppress the people's will and force them to leave Crimea out of fear for the future of their children,” said Chubarov, who was forced to leave the Black Sea peninsula in 2014.

Chubarov charged that Moscow has encouraged people from other regions to move to Crimea, with more than 500,000 Russians settling there since the annexation.

“Before our eyes, Russian authorities have artificially changed the ethnic makeup of Crimea,” he said.

In 2016, Russian authorities outlawed the Mejlis as an extremist organization. In 2017, an international court asked Russia to repeal the decision, but it has ignored the ruling.

In a bid to draw international attention to Crimea's plight, Ukraine established the Crimean Platform, which has its first meeting in Kyiv on Monday, drawing top officials from 44 countries and blocs, including the United States, the European Union and Turkey.

“(This) is a constant dialogue platform that is aimed to consolidate the international and Ukrainian effort in order to de-occupy Crimea,” Ukraine’s Deputy Foreign Minister Emine Dzhaparova told the AP.

Turkey is one of the most active supporters of the Crimea issue on the international level, Dzhaparova also said recently, expressing her hope that the upcoming Crimean Platform will strengthen global efforts for the liberation of the region.

“Crimea is a military base with Ukrainian citizens as hostages,” Dzhaparova said.

“Being a Crimean Tatar means keeping a genetic memory of the pain that my people has suffered,” said Susana Jamaladinova, a singer who under the stage name Jamala won the 2016 Eurovision contest with a rueful song bewailing the 1944 Soviet deportation.

“An ethnocide is underway in Crimea – even memorial gatherings are forbidden for Crimean Tatars,” said the 37-year-old singer, who was born in the Central Asian nation of Kyrgyzstan.

In May 1944, nearly 200,000 Crimean Tatars, who then accounted for about one-third of the Crimean population, were deported to the steppes of Central Asia, 3,200 kilometers (2,000 miles) east by Stalin. The Soviet dictator accused them of collaborating with the Nazis – a claim widely dismissed by historians as a sham. An estimated half of them died in the next 18 months of hunger and harsh conditions.

Other ethnic groups that faced similar mass deportations on Stalin's orders were allowed to return to their native lands soon after the Soviet dictator's death in 1953, but Crimean Tatars weren't permitted to come back until shortly before the 1991 Soviet collapse.

Kudusov said his father was 2 years old during the Stalinist deportation, and his own twins were that age when he and his family fled Crimea in 2014.

“It looks horrible and surreal,” he said. “But my family experience shows that Crimean Tatars always come back to Crimea.”