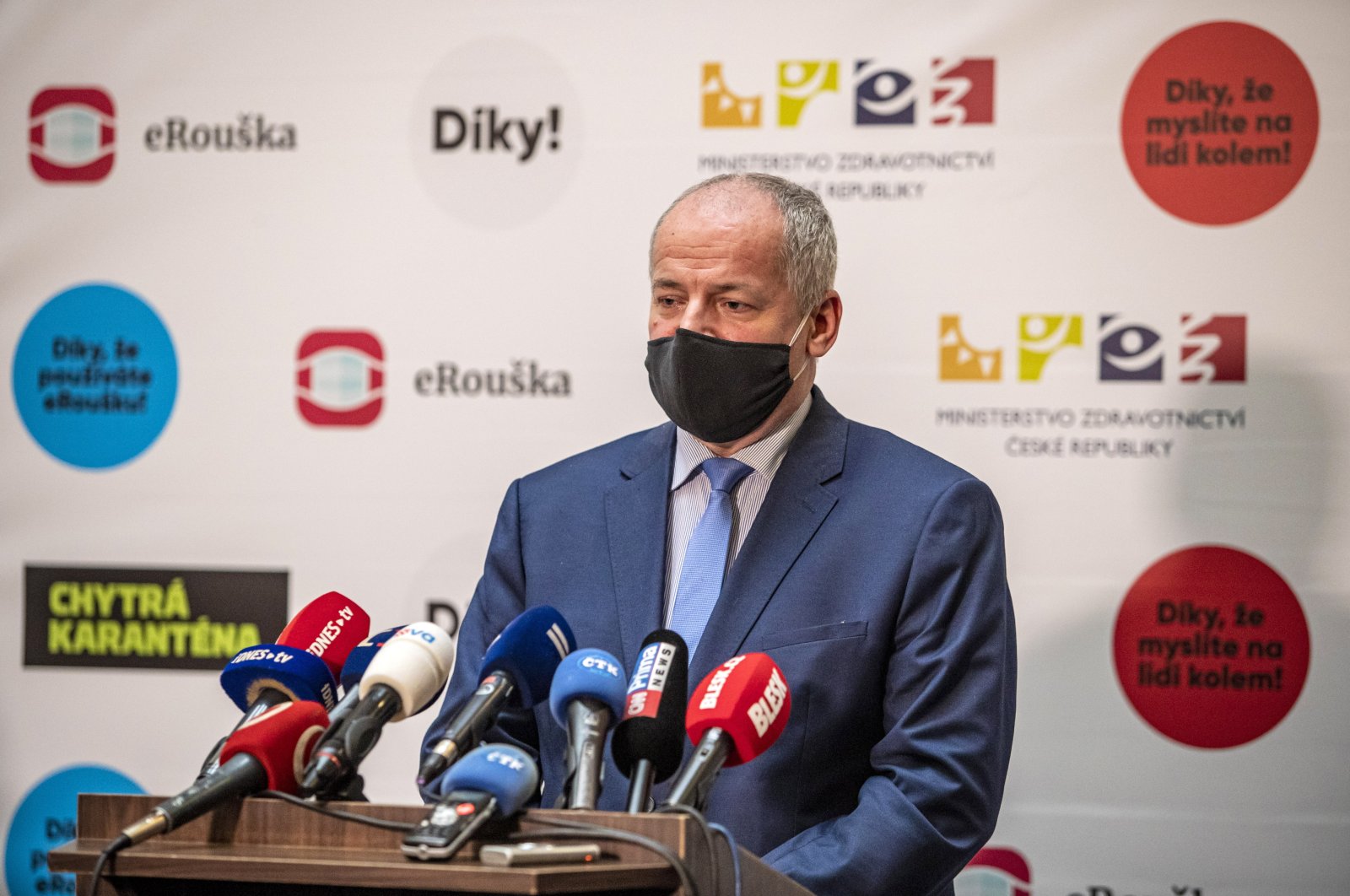 The Czech Republic’s prime minister called on his health minister to resign or be fired after he broke strict government restrictions to slow a record surge of coronavirus infections and visited a Prague restaurant. Prime Minister Andrej Babis said Friday he will meet with the country’s president later in the day to discuss a possible replacement of the minister, Roman Prymula.

"There’s no other solution than his resignation from the post," Babis said. "It shouldn’t have happened. If we want the people to abide by the rules... it is us who have to set an example," Babis said. "We can’t preach water and drink wine."

The Blesk tabloid daily said Prymula met with Jaroslav Faltynek, deputy head of the senior government ANO, or YES, a movement led by Babis in a Prague restaurant on Wednesday night. Photographs published in the paper showed that Prymula also didn’t wear a mandatory face mask.

Restaurants are closed in the Czech Republic because of the pandemic, and it wasn't immediately clear if the establishment was open or if the owner only allowed Prymula and Faltynek to dine there. The revelation has shocked the country, which has been hard-hit by the pandemic.

At Prymula’s request, the government has approved tight restrictions to slow the surge that is threatening the entire health system. The junior government coalition party, the Social Democrats, joined the opposition to demand Prymula’s resignation, calling his behavior "absolutely unacceptable."

Prymula denied any wrongdoing and refused to step down, further escalating the crisis. He said he was invited to participate in a meeting with a hospital director and only went through the restaurant to a private space where it took place.

"I haven't broken anything," he said. Faltynek apologized for the meeting and said he asked Prymula to meet to discuss a special parliamentary session that is set to approve a plan for NATO military medical personnel to come to the Czech Republic to help their local colleagues.

Before he became health minister, Prymula was a deputy health minister who led the government’s response to the coronavirus pandemic for a time in the spring. The country recorded a relatively low number of COVID-19 cases and deaths then compared to hard-hit Western European countries such as Italy, Spain and Britain.

Prymula, an epidemiologist, later assumed a different post, as a government health care envoy. He was appointed only a month ago as a "crisis manager" to lead the country’s response to the pandemic as new infections were on a steep rise.

Prymula became health minister on Sept. 12, and he imposed a series of tough regulations in attempts to slow the steep rise of infections. Bars, restaurants and schools are closed, as well as theaters, cinemas, zoos and many other locations.

Just hours before the incident in the restaurant, Prymula and Babis announced that the country was returning to a lockdown like in the spring with new restrictions that limit movement, close many stores and services and limit public gatherings to two. Prymula said the health system would collapse around Nov. 10 if the measures weren't taken, Prymula said.

Calling the current situation dramatic, he recently tweeted in one of his videos: "I’d like to call on all of you to stay, if possible, at home." The day-to-day increase of new confirmed cases reached 14,151 on Thursday, the second biggest after a record of almost 15,000 set a day earlier.