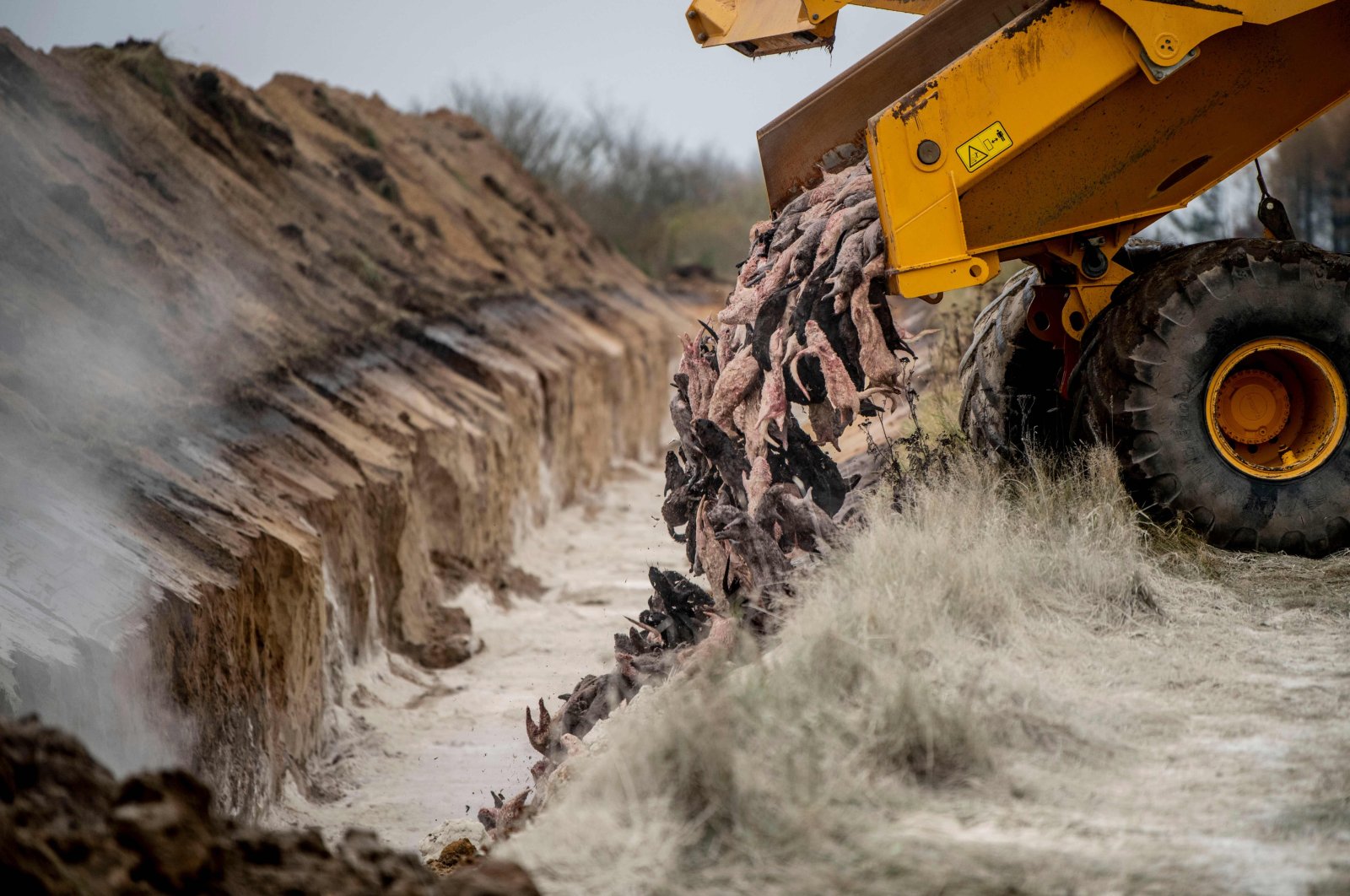 A truck unloads dead mink into a ditch as members of Danish health authorities assisted by members of the Danish armed forces bury the animals in a military area near Holstebro, Denmark, Nov. 9, 2020. (AFP Photo)
by German Press Agency - DPA
Nov 10, 2020 5:43 pm

Danish Prime Minister Mette Frederiksen on Tuesday apologized to parliament and mink breeders for ordering the cull of the country's farmed mink population without a full legal basis for doing so.

Last week, the government ordered the cull of between 15 million and 17 million animals after health authorities reported the discovery of mutated coronavirus transmitted from minks to humans.

The government has since admitted that, under current law, it lacked the powers to order a cull of healthy minks. Furthermore, the government only had the power to recommend such a move for farms outside a 7.8-kilometer (4.8-mile) zone from an infected farm.

Parliament has been asked to fast-track new legislation to also include farms outside the zone.

"Even though it's been hectic, it goes without saying that it must be completely clear when new legislation is required that has not been the case, and I would like to apologize," Frederiksen said.

The apology was also to the mink breeders, Frederiksen said, adding that she was willing to take part in a parliamentary probe into what went wrong.

Members of the opposition, including Jakob Ellemann-Jensen, leader of the center-right Liberals, criticized the government's actions.

Some lawmakers called for the resignation of Mogens Jensen, the food and fisheries minister, who has admitted he was unaware of the gaps in the law when he addressed media.

According to the prime minister, her office became aware of this over the weekend, after several press conferences.

At least 214 people have since June been infected with variants of the coronavirus.

Concerns were mainly linked to one of the five mink-related variants, the so-called "cluster 5," which was found to weaken the ability to form antibodies and could make future vaccines ineffective.