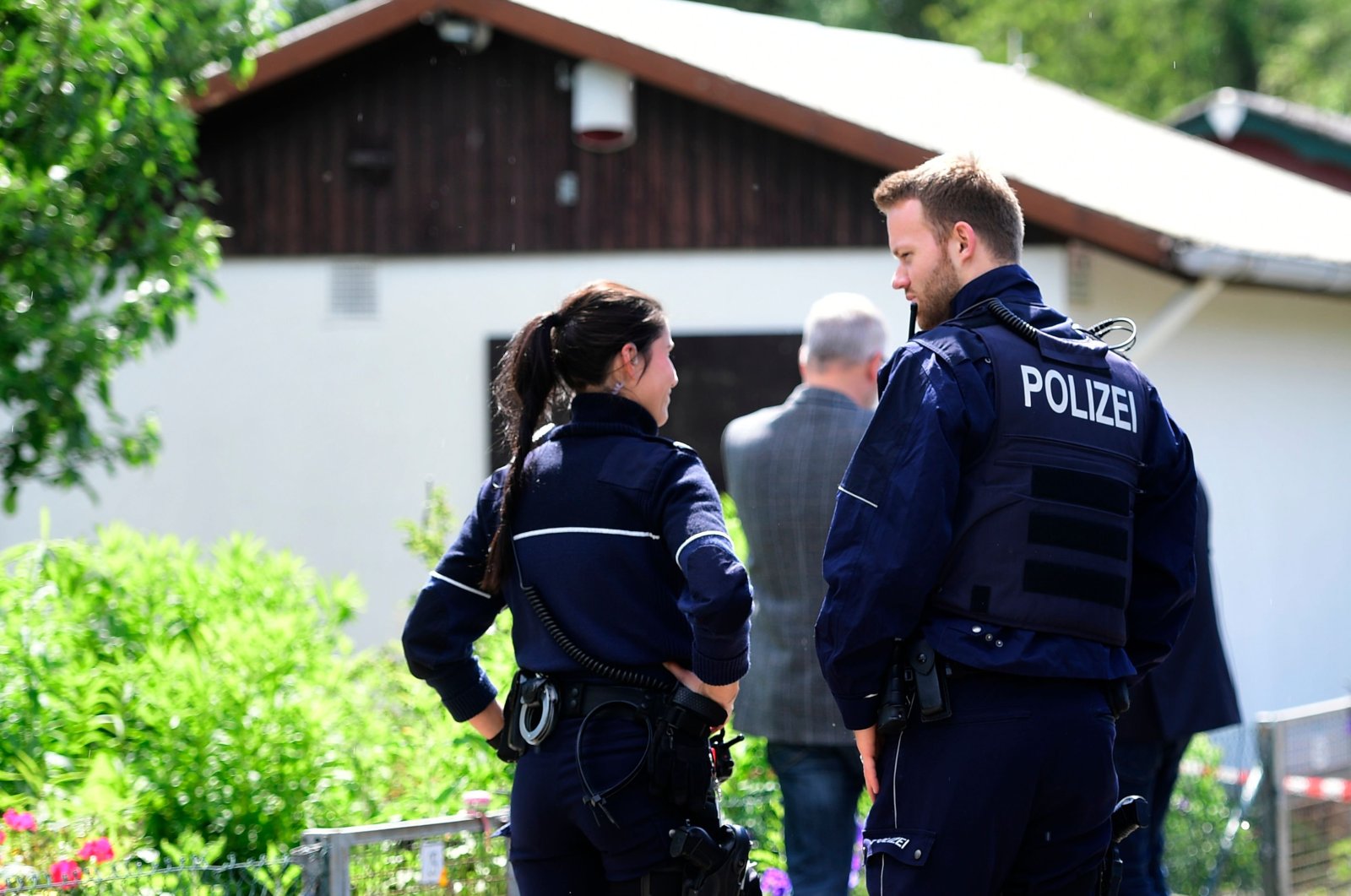 Police officers stand in front of a summer house where the sexual abuse of children is suspected to have taken place in Muenster, western Germany on June 6, 2020. (AFP Photo)
by French Press Agency - AFP May 03, 2021 1:04 pm
RECOMMENDED

German prosecutors announced Monday that they have busted one of the world's biggest international darknet platforms for child pornography, used by more than 400,000 registered members.

Frankfurt prosecutors said in a statement together with the Federal Criminal Police Office that in mid-April three German suspects, said to be the administrators of the “Boystown” platform, were arrested along with a German user. One of the three main suspects was arrested in Paraguay.

The authorities said the platform was “one of the world's biggest child pornography darknet platforms” and had been active at least since 2019. Pedophiles used it to exchange and watch pornography of children and toddlers, most of them boys, from all over the world.

Prosecutors wrote that they found “images of most severe sexual abuse of toddlers” among the photos and video material.

A German police task force investigated the platform, its administrators and users for months in cooperation with Europol and law enforcement authorities from the Netherlands, Sweden, Australia, the United States and Canada, the statement said.

The three main suspects were a 40-year-old man from Paderborn, a 49-year-old man from Munich and a 58-year-old man from northern Germany who had been living in Paraguay for many years, the prosecutors' statement said. They worked as administrators of the site and gave advice to members on how to evade law enforcement when using the platform for illegal child pornography.

A fourth suspect, a 64-year-old man from Hamburg, is accused of being one of the most active users of the platform having allegedly uploaded more than 3,500 posts.

Germany has requested the extradition of the suspect who was arrested in Paraguay.

No names were given in line with German privacy regulations.

After the raids in mid-April, the online platform was shut down.

Last year, German police reported a large increase in the number of cases of sexual violence against children in the country in 2019 as uncertainty has risen over whether the number would further escalate under the coronavirus lockdown this year.

According to police statistics, 15,936 cases of sexual violence against minors were reported in 2019, compared to 14,606 the year before.