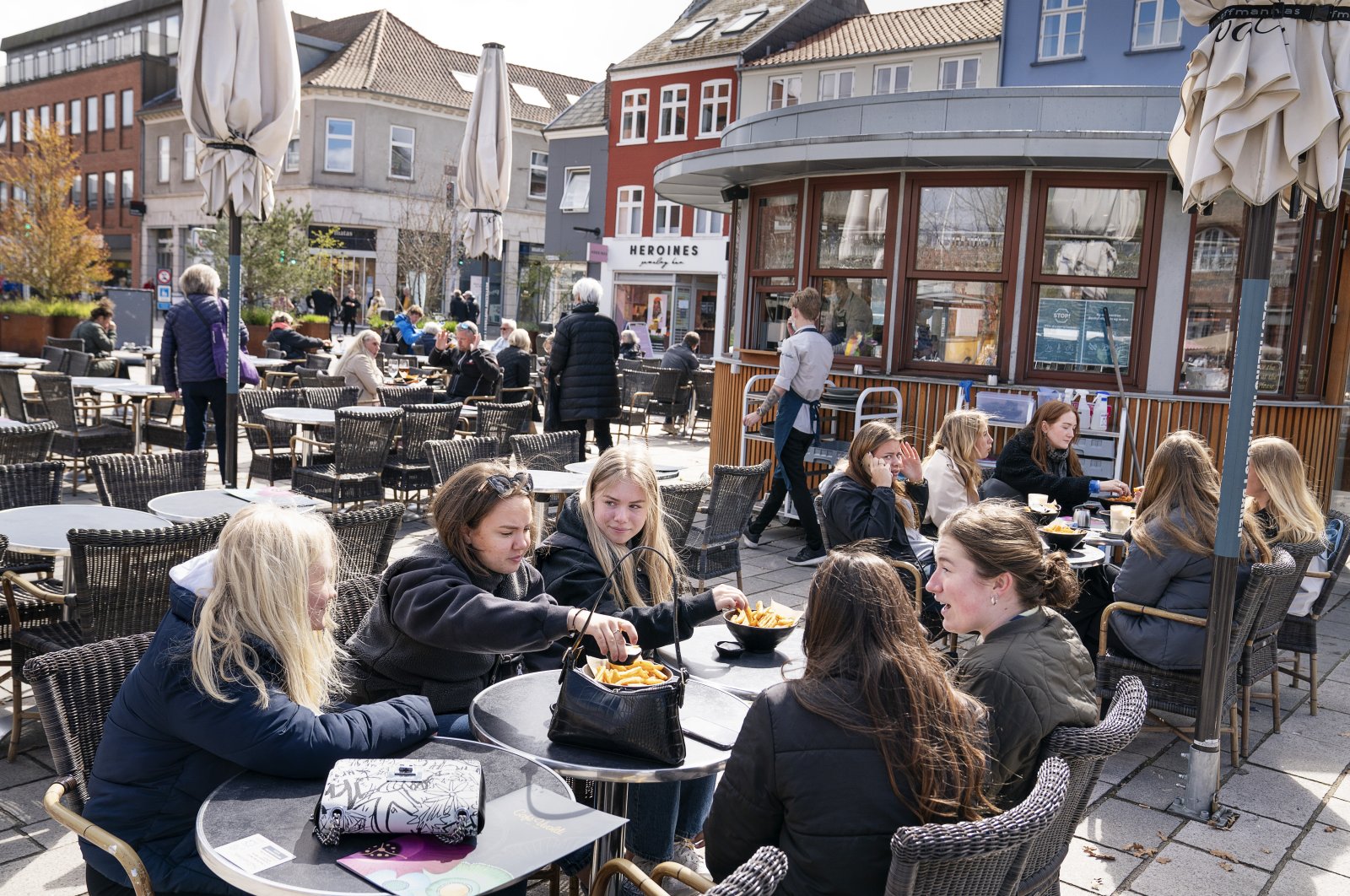 After 548 days with restrictions to limit the spread of COVID-19, Denmark's high vaccination rate has enabled the Scandinavian country to become one of the first European Union nations to lift all domestic restrictions.

The return to normality has been gradual, but as of Friday, the digital pass – proof of having been vaccinated – is no longer required when entering nightclubs, making it the last virus safeguard to fall. More than 80% of people above the age of 12 have had the two shots.

"I wouldn’t say it is too early. We have opened the door but we have also said that we can close it if needed,” Soeren Riis Paludan, a professor of virology with the Aarhus University in Denmark’s second-largest city, told The Associated Press (AP).

As of midnight, the Danish government no longer considers COVID-19 "a socially critical disease.” Health Minister Magnus Heunicke said on Aug. 27 that "the epidemic is under control” but warned: "we are not out of the epidemic” and the government will act as needed if necessary. Jens Lundgren, a professor of viral diseases at the Copenhagen University Hospital said the government would be "quite willing" to reintroduce restrictions if infections spike again. He pointed at nightclubs being the last thing to open because "it is the activity associated with the highest risk of transmission.”

"The world is in the middle of a pandemic and none of us can claim that we are beyond the pandemic,” said Lundgren who described Denmark as being "an isolated island” where the vaccine rollout has worked. "Nobody should have the illusion that we are over this.” The tipping point in Denmark to start easing restrictions came when a majority in the age group of 50 and over had the two shots, Riis Paludan said.

Since Aug. 14, a face mask on public transportation is no longer mandatory. On Sept. 1, nightclubs reopened, limits on public gatherings were removed and it was no longer mandatory to show the pass when one wanted to be seated inside restaurants, or go to soccer games, fitness centers or the hairdresser. However, the face mask or shield are still mandatory at airports and people are advised to wear one when at the doctor's, test centers or hospitals. Distancing is still recommended and strict entry restrictions still apply for non-Danes at the borders. The outbreak is still considered "an ordinary dangerous illness.”

"The ghost of corona sits in the back of our head,” said Frank Oestergaard, a patron in a downtown Copenhagen restaurant.

After more than a year, several European countries are starting to see the light at the end of the tunnel, but with caveats. Some have lifted restrictions but will introduce a vaccination passport. Others expect to do so soon. And in some places, there are few restrictions and they are not respected.

On July 19, the British government lifted remaining legal restrictions for England, though it still plans to introduce a vaccination passport for entry into nightclubs and other crowded venues at the end of September. In Denmark's neighbor Sweden, which has stood out among European nations for its comparatively hands-off response to the pandemic, the government said earlier this month that most restrictions, including the ceiling for private and public gatherings and the advice to work from home, will be removed as of Sept. 29. The Scandinavian country has not gone into lockdowns or closed businesses, relying instead on citizens’ sense of civic duty to control infection.

According to official figures, 70% of people over the age of 15 have gotten both shots and nearly 82% have received the first shot. And despite a surge, most of the Balkan countries practically have no restrictions, and those which are in place are not respected. In late May, the Danish government presented the passport app featuring a QR code and a green bar if the person has been vaccinated twice or recently tested negative. A paper version also was available. People either had to scan the code or flash it before entering an airport, a harbor, a train station, a hairdresser or an eatery.

While in many European countries there were pockets of resistance to such passes, people used it all the time in Denmark because people trust authorities, Riis Paludan said. Armed with their pass, people were able to get a haircut, have a drink with friends or attend a cultural event.

"It was getting one’s freedom back instead of having to sit at home in isolation,” laughed Oestergaard.

"I think it’s very good, so hopefully we can get back to a normal day in the restaurant business without checking people and just no restrictions whatsoever. That’s nice,” said cafe owner Ralph Marker.