Distrust of AstraZeneca jab in France due to blood-clotting cases 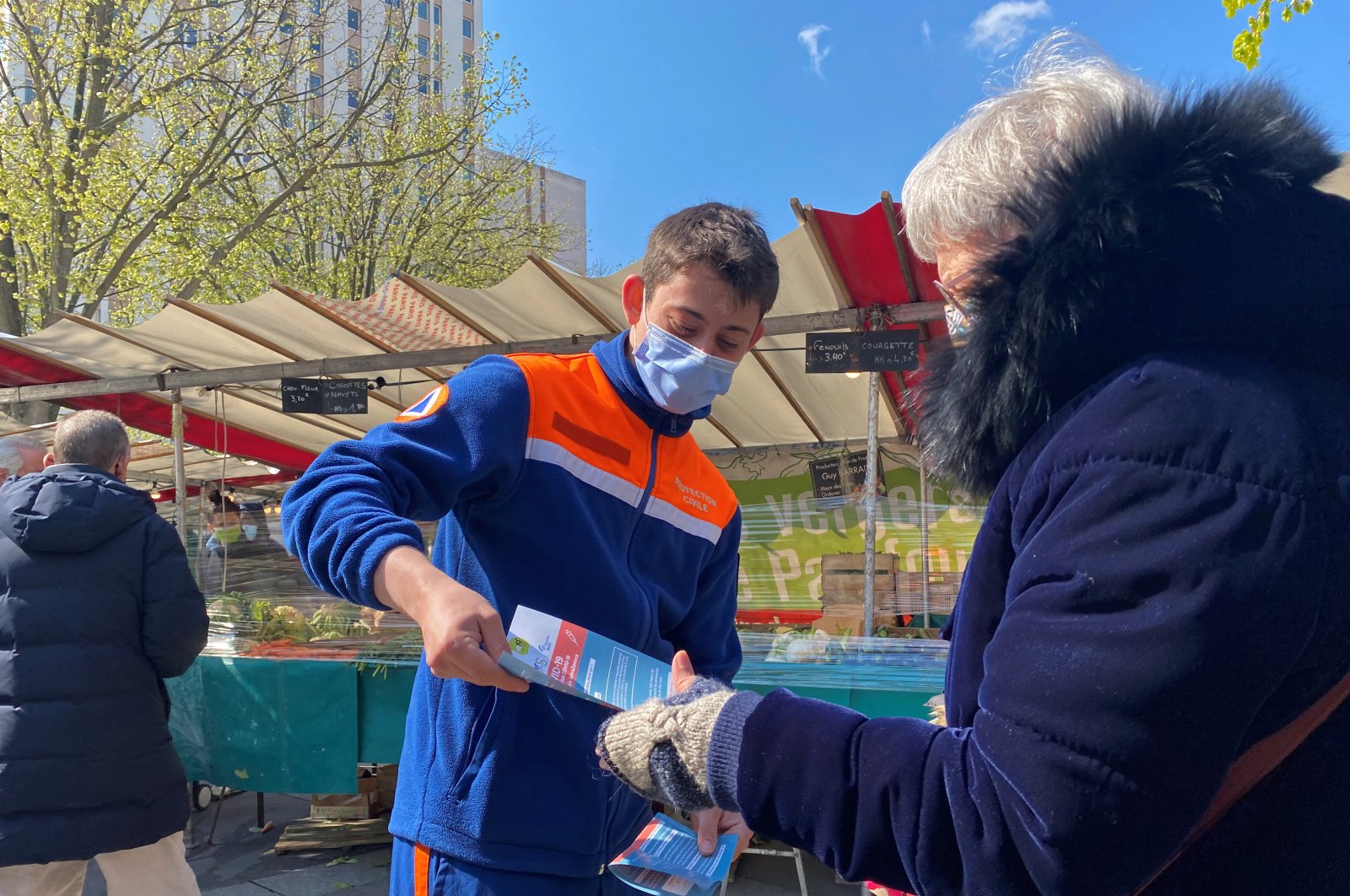 Volunteers from the French "Protection Civile" association hand out leaflets at a fresh producer market to try to persuade Parisians over 55 to take the AstraZeneca vaccine, amid the coronavirus disease (COVID-19) pandemic, Paris, France, April 16, 2021. (Reuters Photo)
by Reuters Apr 19, 2021 12:15 pm
RECOMMENDED

French people are reluctant to receive the COVID-19 vaccine developed by AstraZeneca, as rare cases of people who take the shot are experiencing blood clots.

Tasked with persuading shoppers at an outdoor market to consider taking the vaccine, Paris city hall employee Leo Martin was finding it a tough sell.

"Which vaccine is it?" one woman in a green scarf asked when Martin approached her with his pitch inviting people to be inoculated at a neighborhood vaccination center.

When Martin told her the shot being offered at the center was manufactured by AstraZeneca, the woman in the green scarf shook her head and said, "No, I don't want that."

Across the European Union, opinion polls and data from government vaccination programs indicate widespread skepticism about the AstraZeneca vaccine, rooted in very rare cases of people who take the shot experiencing blood clots.

In response to the blood-clotting cases, Denmark stopped administering the shot, and several other EU states including France are limiting it to older people.

The EU's medicines watchdog says the benefits of taking the shot far outweigh any risks, and most EU governments encourage their citizens to take it if offered.

France is also administering vaccines produced by Pfizer and Moderna, but the batch Martin and his colleagues were offering, was from AstraZeneca.

"There is definitely a reluctance with regards to AstraZeneca," Martin said in a break from handing out vaccination leaflets at the market, in the northeastern corner of Paris.

He tries to reassure people that the risks are tiny, he said, "but there's not much we can do with people's anxiety at this point."

Nevertheless, there were takers. Among people showing up for jabs at the nearby center was Dabo Mamadou, 70.

"I try to convince those around me," to take the vaccine, he said just after having the shot in his right shoulder.

However, he said several people in his circle were reluctant to get the AstraZeneca shot because they had heard the news reports about the blood-clotting cases.