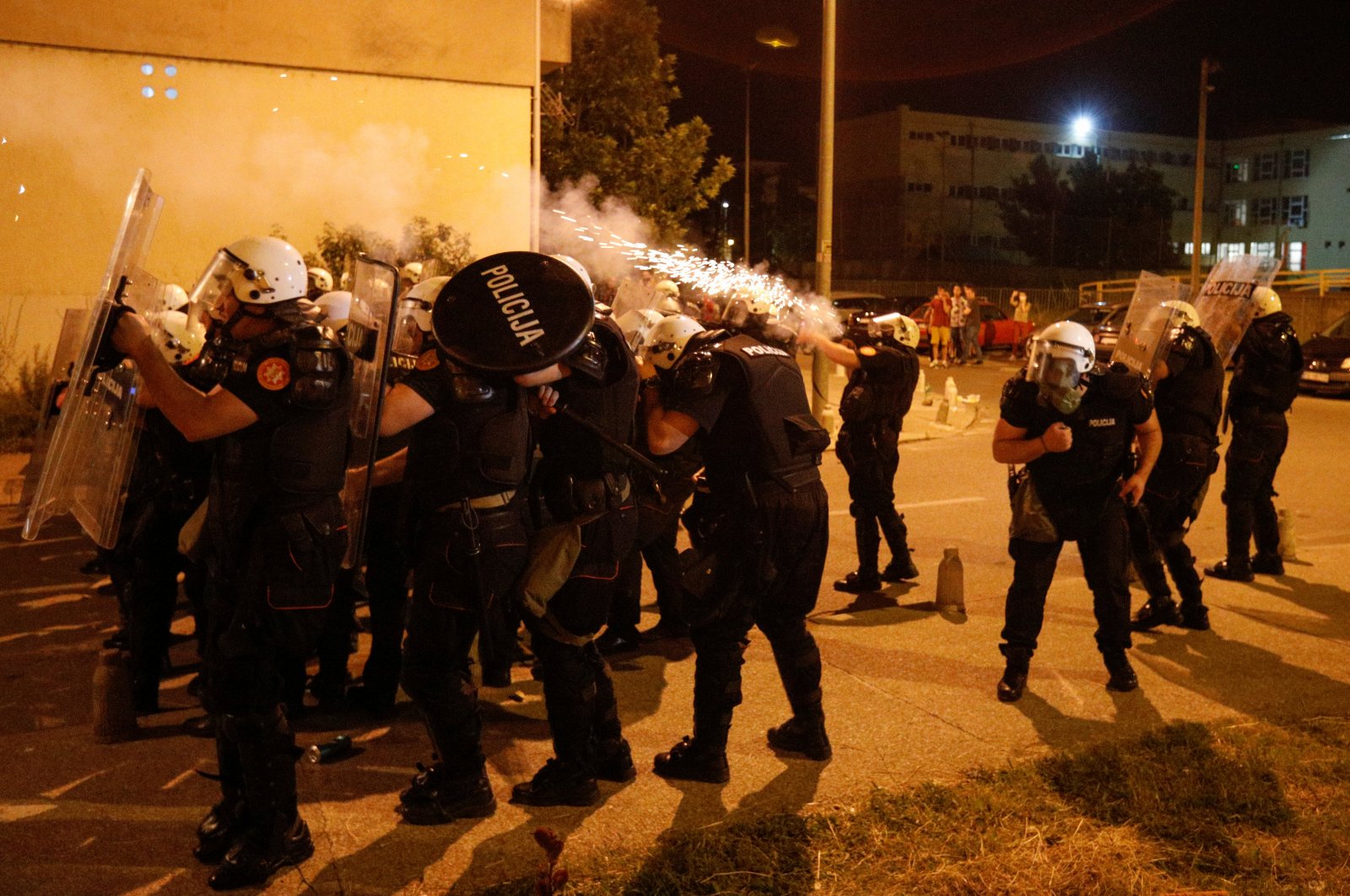 Montenegrin police have detained dozens of people after seven officers were injured in clashes with pro-Serb opposition protesters in several towns.

Police say two opposition lawmakers are among the detained after protests late Wednesday in the capital Podgorica and other towns.

The incidents reflect mounting political tensions in the small Balkan nation ahead of a parliamentary election set for Aug. 30. Main opposition parties in the country of 620,000 people are seeking closer ties with Serbia and Russia.

The demonstrations on Wednesday erupted in the coastal town of Budva where tensions have been high for days over a dispute among municipal authorities. Police in Budva used tear gas to disperse the protesters and detained 17 people.

Later in the day, hundreds gathered in other towns and started throwing rocks, bottles and other objects at police. At least 50 people were detained at various locations, police said.

In Budva, opposition parties have refused to hand over power after the ruling Democratic Party of Socialists gained majority support in the local assembly.

Tensions in Montenegro also have soared in recent months over a religious property law that is opposed by the Serbian Orthodox Church. Thousands have protested a law that the church says would allow the state to take away its property. The government has denied that the law does this.

Montenegro split from much larger Serbia after a referendum in 2006. Montenegro has since joined NATO in 2017 over strong opposition from Russia, and wants to enter the European Union next.