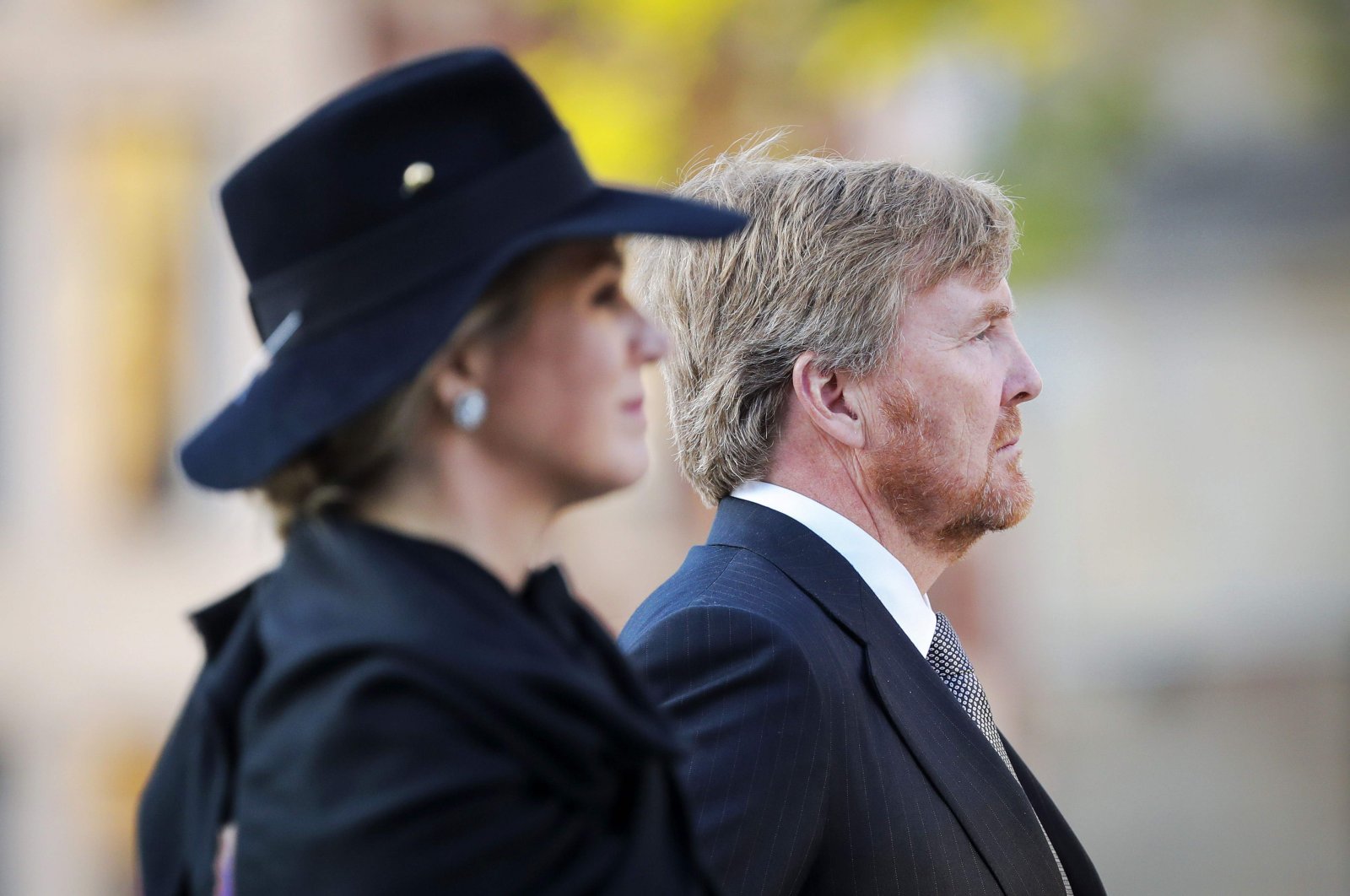 Netherlands' Queen Maxima and King Willem-Alexander pay their respects during a wreath-laying ceremony on Dam Square to commemorate National Remembrance Day, which will take place without an audience due to the spread of the COVID-19 disease, Amsterdam, the Netherlands, May 4, 2020. (AFP Photo)
by REUTERS May 05, 2020 4:10 pm
RECOMMENDED

The Dutch celebrated the 75th anniversary of their liberation from Nazi occupation on Tuesday after King Willem-Alexander paid tribute to war victims and acknowledged that some had "felt abandoned" by his great-grandmother Queen Wilhelmina during World War II.

Liberation Day celebrations have been canceled or moved online to comply with a ban on public gatherings during the coronavirus outbreak. A virtual concert featuring favorite national musicians was due to broadcast on Tuesday evening.

People flew the Dutch tricolor flag from their balconies and gardens.

Speaking to an almost empty square in central Amsterdam late on Monday, the king drew parallels between the sacrifices the Dutch people made during the war and the lockdown imposed now to halt the spread of COVID-19, the disease caused by the virus.

"In these exceptional months, we have all had to give up some of our freedom. Our country hasn't known anything like this since the war," he said in a televised speech after the nation had observed two minutes of silence in honor of those killed during the war.

Only Queen Maxima, Prime Minister Mark Rutte and a couple of other officials were present at the wreath-laying ceremony on Dam Square that would usually draw thousands of people.

While praising the Dutch soldiers, resistance heroes and civilians who opposed the Nazi occupiers, Willem-Alexander said Monday the country should recognize its failures too.

"(Some people at that time) felt abandoned, insufficiently heard, insufficiently supported, even if it were only in words. Including from London, including from my great-grandmother, as steadfast and fierce in her resistance as she was," he said, striking an unusually candid and personal note.

Queen Wilhelmina, who was strongly opposed to the Nazis and spent the war in exile in Britain, rarely mentioned the plight of the Jews in her radio addresses to the Dutch people.

In the early hours of Tuesday, dignitaries lit a torch outside the building in the eastern city of Wageningen where the German surrender was negotiated.

Around 250,000 Dutch people died in World War II, including around 100,000 Jews, according to figures from the country's Institute for War, Holocaust and Genocide studies.

As of Tuesday, the Netherlands had reported 5,168 deaths from COVID-19.