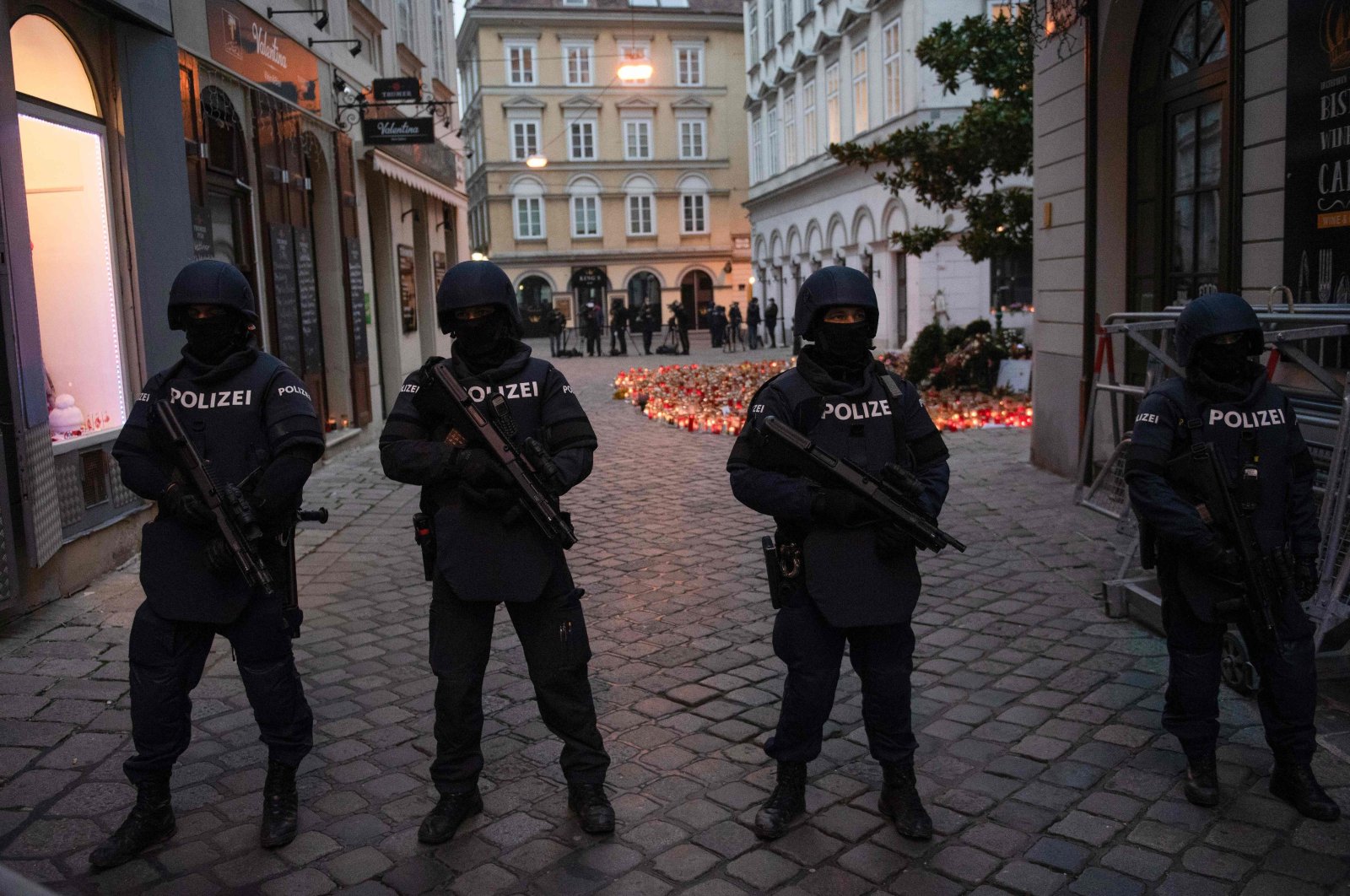 Armed police officers stand guard before the arrival of Austrian Chancellor Kurz and European Council President Charles Michel for a visit to pay respects to the victims of the terrorist attack in Vienna, Austria, Nov. 9, 2020. (AFP Photo)
by DAILY SABAH WITH AA Jul 19, 2021 1:57 pm
RECOMMENDED

The European Union Council has extended its sanctions for six months for a February 2021 terror list that includes 14 individuals as well as 21 terrorist groups, among them the PKK and the far-left DHKP-C.

The sanctions include banning the providing of financial resources and freezing financial assets of individuals, institutions and organizations listed as terrorists.

Besides Turkey, the U.S. and the European Union list the DHKP-C as a terrorist organization. The group has claimed responsibility for various terrorist attacks in Turkey.

The terrorist group pursues a far-left ideology and has been actively carrying out attacks and assassinations in the country since the 1980s, but its campaign of violence hit a snag when faced with Turkey’s barrage of anti-terror operations.

The DHKP-C’s most high-profile attacks include a suicide bombing that targeted the U.S. Embassy in the capital Ankara in 2013 and the killing of a prosecutor in an Istanbul courthouse in 2015. The PKK continues to use the European Union’s territory for propaganda, recruitment, fundraising and logistical support activities, according to a report by the EU’s law enforcement agency released this June.

The PKK is a terrorist organization that is also recognized as a terrorist group by the EU. However, PKK followers are still able to hold mass rallies across EU cities and maintain their organizational presence. The group has also been able to recruit members and extract financial resources from its activities in Europe, including drug trafficking.