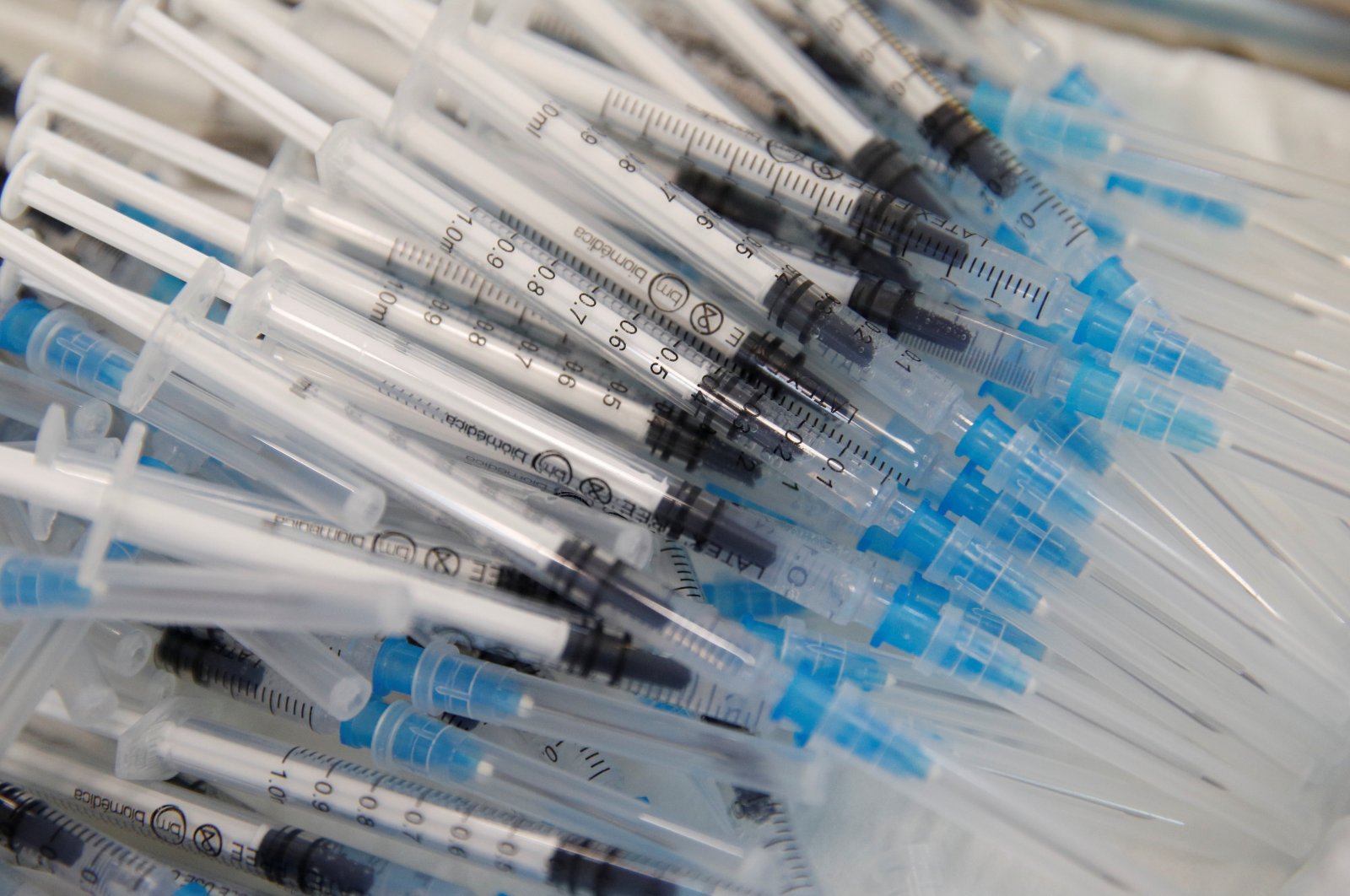 Syringes with the Pfizer-BioNTech vaccines to be administered against the coronavirus disease (COVID-19) lie on a tray during a program without an appointment in Sant Vicenc de Casteller, north of Barcelona, Spain, July 6, 2021. (Reuters Photo)
by REUTERS Jul 10, 2021 1:51 pm
RECOMMENDED

The European Union has delivered enough coronavirus vaccine doses to member states to reach a target to fully vaccinate at least 70% of adults in the bloc, European Commission chief Ursula von der Leyen said in a statement on Saturday.

Von der Leyen, who had tweeted on May 9 that the EU was on track to meet its goal of inoculating 70% of adults by summer, urged EU countries to increase vaccinations and said that about 500 million doses would be distributed across the union by Sunday.

"The European Union has kept its word. This weekend we have delivered enough vaccines to member states to be in a position to vaccinate fully at least 70% of the EU adults this month," von der Leyen said in a video statement.

"But COVID-19 is not yet defeated. We are prepared to deliver more vaccines, including against new variants," said von der Leyen, who faced sharp criticism at the start of 2021 for failing to ensure companies delivered contracted vaccines.

Von der Leyen added in her latest statement that the EU was prepared to deliver more doses, including vaccines that act against new variants.

The EU, which is coordinating vaccine purchasing for its member states, has been largely relying on the jab developed by BioNTech and Pfizer, but is also purchasing a number of other vaccines.

The Commission previously warned that it expected the highly contagious delta variant of the coronavirus to become dominant in Europe this summer, citing estimates from the EU disease prevention agency.

Recent studies have shown that the delta variant reduces the effectiveness of vaccines against symptomatic infection, but two doses of COVID-19 vaccines are highly effective in preventing serious illness and deaths.