EU planning new deal with Pfizer for up to 1.8B vaccines in 2022 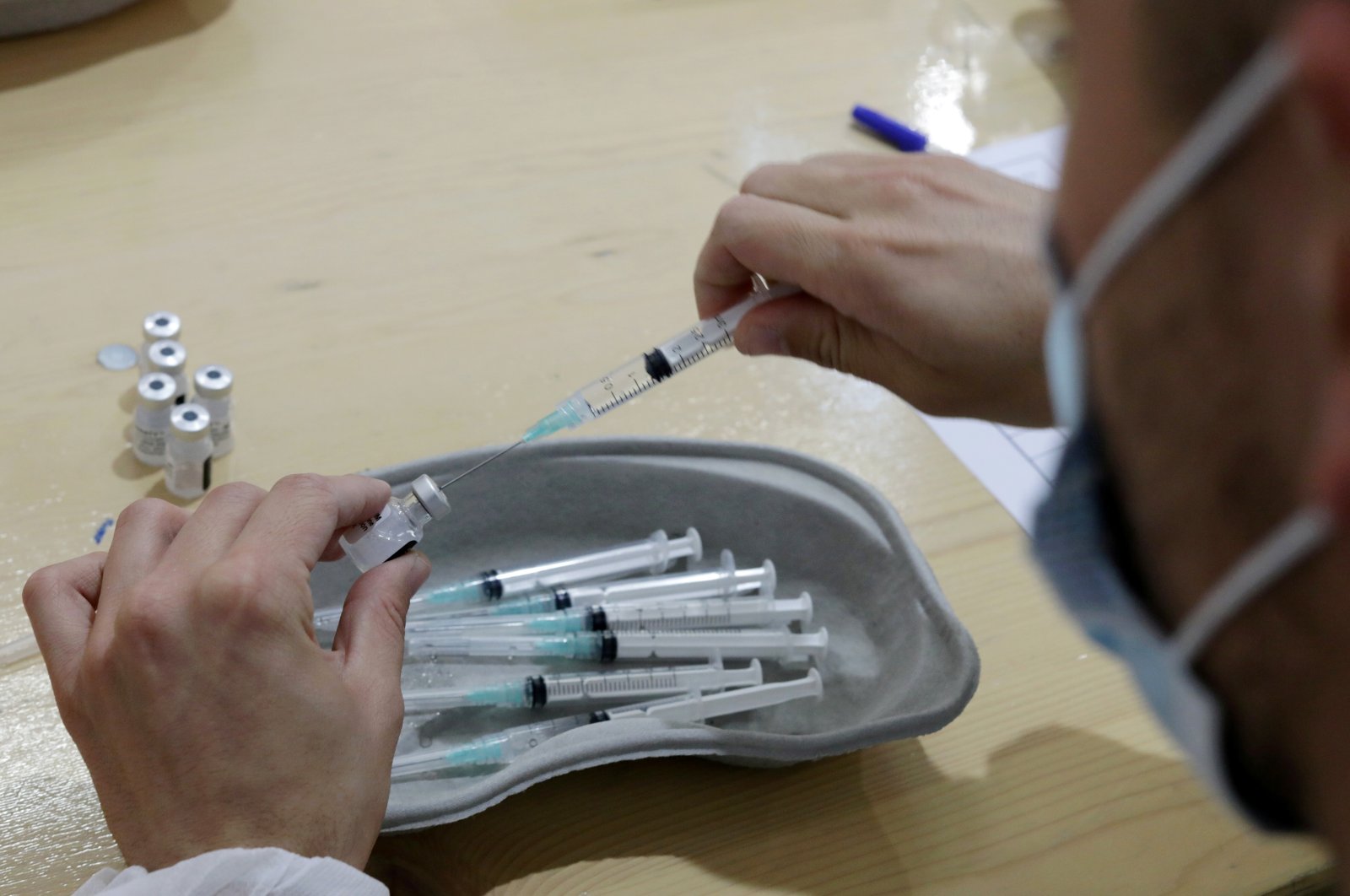 A medical worker prepares a dose of the Pfizer-BioNTech COVID-19 vaccine during the operation "5000 vaccines in one day and on a single site" in Nice as part of the coronavirus (COVID-19) vaccination campaign in France, April 9, 2021. (REUTERS Photo)
by REUTERS Apr 09, 2021 5:44 pm
Edited By Eralp Yarar

The European Commission is planning to launch talks with Pfizer-BioNTech for the purchase of up to 1.8 billion doses of their COVID-19 vaccines to be delivered in 2022 and 2023, a European Union official told Reuters.

The talks are expected to be launched following approval by EU governments.

Earlier Friday, German daily Die Welt reported that the commission was shortly to sign contracts to buy up to 1.8 billion doses, but did not say with which company.

The EU official, who asked not to be named because the matter is confidential, said the EU executive had already decided to approach Pfizer-BioNTech and that EU governments backed the plan, though definitive approval is pending.

A commission spokesperson confirmed plans to buy the additional doses, of which half would be optional.

He also confirmed that the EU executive had already identified one supplier, a manufacturer of mRNA vaccines, but declined to comment on which company would be approached to negotiate the contract.

A Pfizer spokesperson said the company had no immediate comment.

Pfizer-BioNTech and Moderna are already supplying the EU with mRNA vaccines and German biotech firm CureVac is seeking EU approval for its mRNA shot.

The vaccines would be delivered under monthly timetables and with clauses obliging the supplier to deliver, the EU official said.