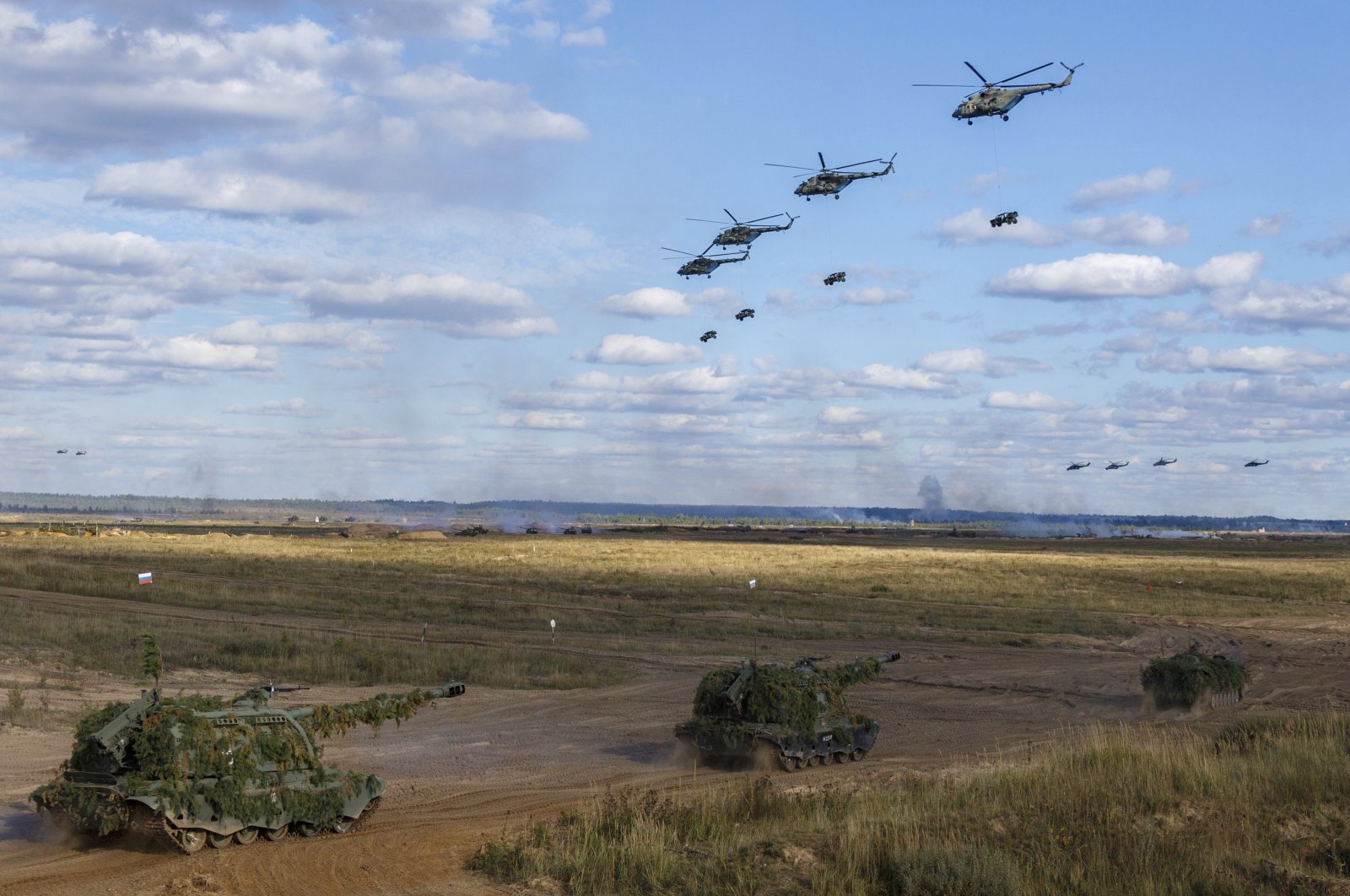 In this photo released by the Russian Defense Ministry Press Service, a view of the joint strategic exercise of the armed forces of the Russian Federation and the Republic of Belarus at the Mulino training ground in the Nizhny Novgorod region, Russia, on Sept. 11, 2021. (AP Photo)
by DAILY SABAH Nov 25, 2021 5:38 pm
RECOMMENDED

If Russia continues its aggressive moves toward Ukraine or activities on the Belarus-Poland border, the European Union must be prepared to enact further sanctions, German Chancellor Angela Merkel said on Thursday.

Speaking at a joint news conference in Berlin with her Polish counterpart Mateusz Morawiecki, the outgoing Chancellor said the EU had to be united on the issues of Belarus's "weaponization" of migrants against Poland and Russia's deployment of troops to near its border with Ukraine.

"Any further aggression against the sovereignty of Ukraine would carry a high price," Merkel said, adding that defusing the situation should always be the preferred option.

Russia has been building up forces near its border with Ukraine, and Kyiv, the United States and NATO have voiced concerns about a possible Russian attack – a suggestion the Kremlin has dismissed as false. Ukrainian troops have fought Russian-backed separatists in a conflict in eastern Ukraine that Kyiv says has killed 14,000 people since 2014.

Ukraine and its Western allies accuse Russia of sending troops and arms across the border to support the separatists.

Moscow has denied the claims.

Kiev warned Russia on Thursday against invading Ukraine, saying it would "pay dearly" for any such attempt.

Speaking to reporters on Thursday, Ukrainian Foreign Minister Dmytro Kuleba said it was hard to guess what Russian President Vladimir Putin had in mind but Kiev was doing everything to deter the Kremlin.

"We are trying to make him understand that he will pay dearly for a new attack on Ukraine," Ukraine's top diplomat said.

"Moscow must clearly understand what political, economic and human losses it will suffer in case of a new phase of aggression," Kuleba added. "So it's better not to do it."

On the other side, Russia is also accused of participating in an attempt to destabilize the European Union.

Russia has staunchly supported its ally Belarus in the latest crisis, urging the EU to negotiate a settlement in direct talks with Lukashenko's government.